The company says it’s just not profitable to make it in America. 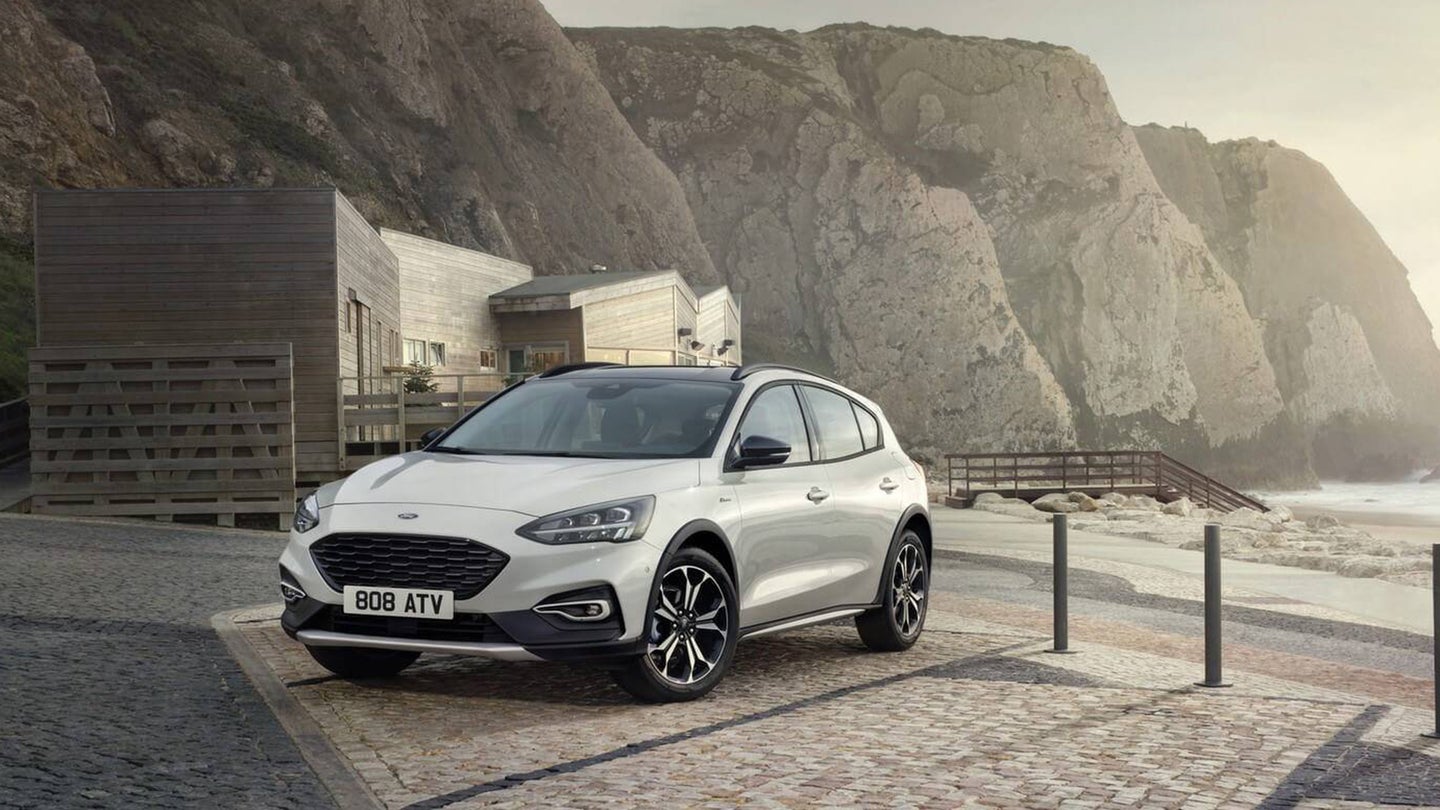 Ford Motor Company and President Donald Trump continue to clash over the future of the China-built Focus Active hatchback after the automaker cited the administration's escalating trade war in canceling plans to import the car to the United States. On Sunday, Trump tweeted that Ford's decision means the car can now be built here at home, thereby avoiding the new tariffs—though both Ford and industry experts say that doesn't make any sense.

At the end of August, Ford announced that the planned Focus Active���a slightly-lifted, outdoorsy version of the regular Focus and half of its pared-down domestic car portfolio—would not be sold in the U.S. because of the "negative financial impact of the new tariffs" between the Trump administration and China. That leaves the Ford Mustang as the only non-crossover/pickup/SUV in the Blue Oval's offerings in America going forward.

Word must have finally reached President Trump's ear by Sunday, when he tweeted out a quote from a CNBC report on the matter and added that it was "just the beginning. This car can now be BUILT IN THE U.S.A. and Ford will pay no tariffs!"

Technically, that's true. Ford can build the Focus Active at a domestic plant, just like it can give the next Ford Mustang Shelby GT500 a manual transmission. But will it do either? Not a chance, the automaker said in a statement on Sunday evening.

"It would not be profitable to build the Focus Active in the U.S. given an expected annual sales volume of fewer than 50,000 units and its competitive segment," a spokesman said, according to the Detroit Free Press. "Ford is proud to employ more U.S. hourly workers and build more vehicles in the U.S. than any other automaker."

From the differences in labor costs to the interconnected global supply chain to the lower-volume sales, there's a cavalcade of reasons why it doesn't make economic sense for Ford to build the Focus Active in the United States. It was unprofitable to do so before the current trade war, and tariffs don't change that side of the equation.

In a follow-up tweet, the president argued that vehicles sent from the U.S. to China previously faced a 25 percent tax, while "if China sells a car into the U.S., there is a tax of 2%." As pointed out in the Detroit Free Press, China's import tax for World Trade Organization members like the United States was 15 percent, since raised to 40 percent. Of course, that was a response to the Trump administration raising the tariff on Chinese-built imports from 2.5 percent (not 2) to 27.5 percent.

It's also worth noting that with the technical exception of Volvo, which is owned by the Chinese manufacturer Geely and builds most of its S90 sedans in China, the only cars imported to the United States from China are made by American or European manufacturers.