Jim Hackett Out as Ford CEO After Three Years

Hackett will be replaced by COO Jim Farley after a tenure marked by financial trouble, production issues and the death of sedans and small cars. 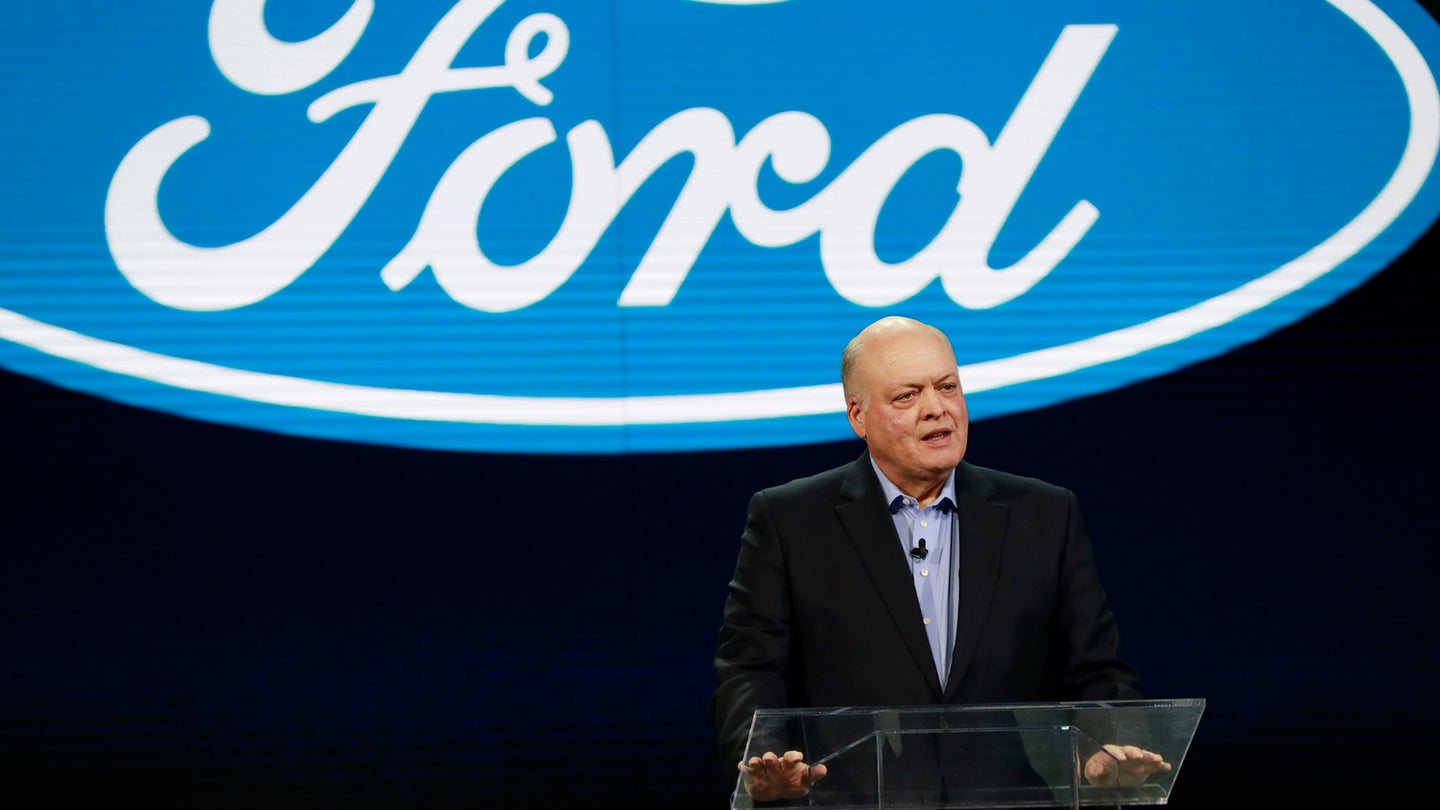 Jim Hackett, who was appointed CEO and president of Ford Motor Company in 2017, will retire on Oct. 1, the automaker said today in a surprise announcement. Following a tenure marked by financial challenges even before the COVID-19 pandemic, an at-times unclear path to electrification, production issues with a key model and the death of sedans and small cars, Hackett will be replaced by current COO Jim Farley.

Hackett, 65, was previously CEO of Michigan office furniture company Steelcase and interim director of athletics at the University of Michigan, his alma mater. Farley, his soon-to-be replacement and a longtime Ford exec, took the COO job at the beginning of this year and was largely seen as Hackett's eventual replacement.

But "eventually" happened sooner than anyone expected, even though Ford officially claims Hackett has elected to retire from the company. At the same time, the move isn't completely surprising. Ford, like the rest of the Detroit Three, has struggled for years to convince Wall Street analysts that its future is as bright—and that its stock price deserves to be valued as highly—as promising new players like Tesla.

On the financial front, Ford has been a disappointment more often than it's eked out some wins lately. Its 2019 profits were almost completely wiped out by a $1.7 billion loss in the fourth quarter of that year. That happened, in part, thanks to major production issues around the critical Explorer SUV that led to delays in getting them on dealer lots.

The automaker lost about $2 billion in Q1 this year as it really started feeling the effects of the pandemic, with buyers holding off on new car purchases as they faced lockdowns and widespread unemployment. And Ford's $1.9 billion profit in Q2 was thanks only to a payoff from its investment in autonomy startup Argo AI; on its own, it lost $1.9 billion in revenue, and that was somehow "better" than Wall Street expected. It's not that hard to see why Hackett is out today.

Despite this, Hackett's moves, especially recently, can be seen as helping to put the automaker on the right path forward. The 2021 Bronco is almost certainly poised to be a critical and sales hit. A 2018 mandate to end production of all small cars and sedans in North America except the Mustang was widely panned, but also seen as a decisive action to focus on the things Americans are actually buying—trucks and SUVs.

A new F-150 was unveiled this summer with an impressive array of tech features that should help it defend its title as America's best-selling vehicle. The Argo AI deal is clearly paying off handsomely. And the powerful Mustang Mach-E shows what Ford can be capable of in the electric vehicle game.

“I am very grateful to Jim Hackett for all he has done to modernize Ford and prepare us to compete and win in the future,” said Bill Ford, Ford’s executive chairman, in a statement. “Our new product vision—led by the Mustang Mach-E, new F-150 and Bronco family—is taking shape. We now have compelling plans for electric and autonomous vehicles, as well as full vehicle connectivity. And we are becoming much more nimble, which was apparent when we quickly mobilized to make life-saving equipment at the outset of the pandemic.”

As for Farley, he was a longtime Toyota exec (who helped launch the Scion brand, if you remember that) and came to Ford in 2007 as its head of marketing. He later went on to run Lincoln, then operations in South America, Europe and globally, followed by its emerging technology unit. He's been seen as being groomed for the top role at Ford, especially after the surprise departure of automotive president Jim Hinrichs in yet another management shakeup just earlier this year.

Farley, more or less, has the product to compete. Now he has to make sure it all gets built and delivered right, and he must take on the even more daunting task of convincing investors that Ford can lead the way in an increasingly electric and autonomous world.