Some troubling news for the hyperhatch faithfuls. 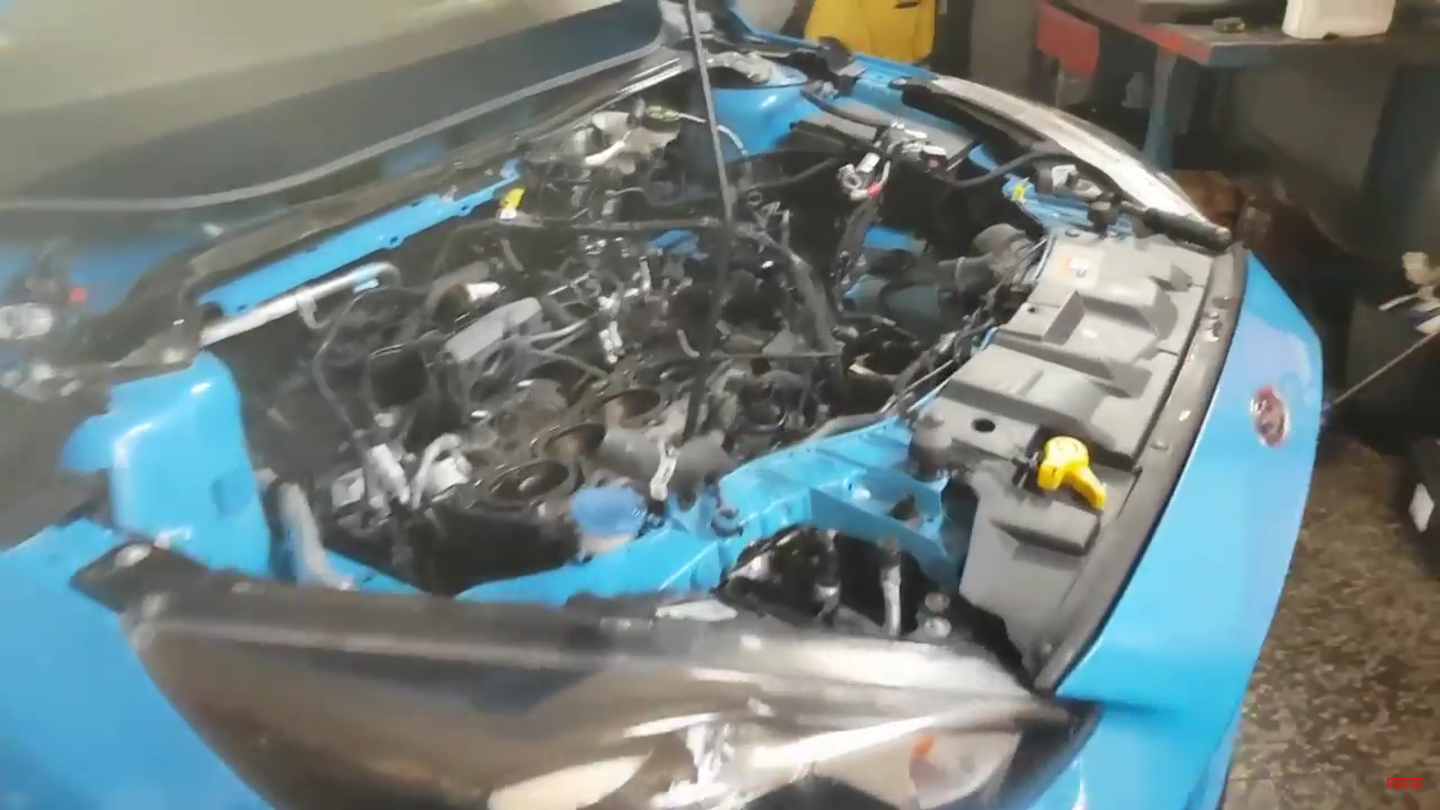 Enthusiasts were more hyped for the release of the Ford Focus RS than any other car in recent memory. It was slated to give drivers the right amount of power with everything its competitors had, plus one. It was Ford's world beater, and in some ways it's been exactly that. But one thing it hasn't been is completely reliable. Those who tune the RS's 2.3L turbo four have found a few problems with the car's fundamentals, including the somewhat weak all-wheel drive system. Now, this Focus RS owner claims that his engine has crapped out with very few miles on the clock. Should other consumers be worried about this issue?

Maybe. Although it isn't a common problem, the video here claims that others have shared the same issue of a cracked block—that's a lot more serious than a leaky seal or blown turbo. The owner includes a clip of the car at idle, a sound that one commenter says "sounds like a two stroke." With such problems from the factory-tuned engine, it may only get worse when you decide to crank up the power.

The owner says he reached out to Ford about the problem. After sending a few photos (showing the cylinder head removed) back and forth, the manufacturer then told him to leave it as is so they can send him a new engine. That's good news—but what will happen with others if they're affected in the future?

Ford is yet to release a statement regarding the issue, so it's unclear if there will be a recall or not. This comes in addition to recent news of the Shelby GT350's gearbox overheating, in some cases after just 15 minutes of track use, leading to the concern of fellow Ford performance owners, as well.

Watch a Ford Focus RS Plow its Way Through The Snow

The 350 horsepower Focus uses its front fascia as a snowplow.

And that’s why you don’t break out Drift Mode on the street.