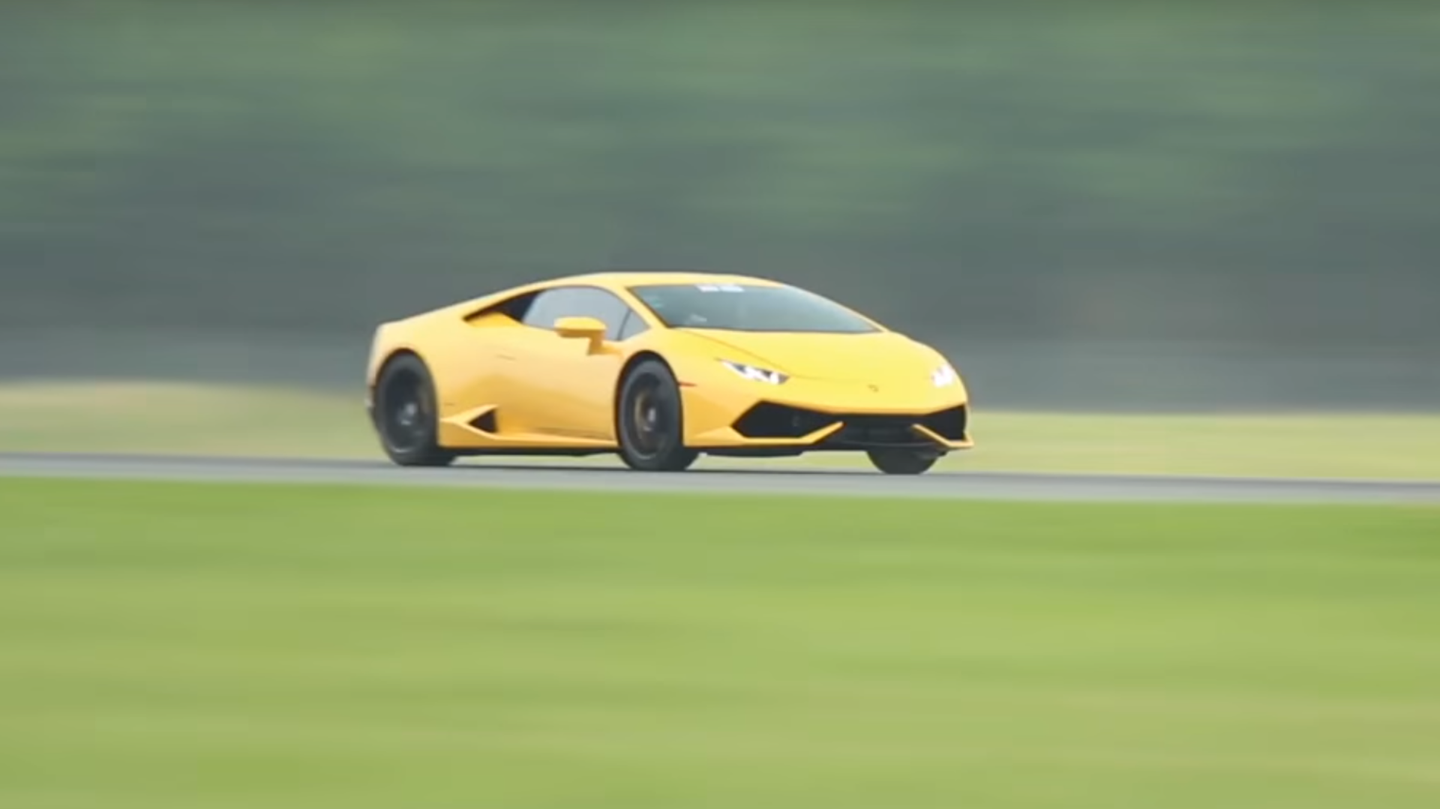 The horsepower wars of the past decade have spoiled us all. With tuning shops coaxing quadruple-digit power figures from stock-looking cars and production engines knocking on their door, it takes something truly eye-popping to break through the clutter and really knock us dead. But a world-record, 250 mile-per-hour half-mile run in a twin-turbo Lamborghini Huracan at an airstrip in North Carolina? Yeah, that'll do the trick.

Tuned to heck by the team at Underground Racing, this Huracan's 5.2-liter V-10 is likely packing something close to 3,000 horsepower at the crank. UGR is known for their ability to more than quintuple the Huracan's factory power numbers with their twin-turbo kits and accompanying engine upgrades, resulting in what they claim to be the fastest street-legal Lamborghinis in the world. It looks like the same car they showed off at TX2K17 last month, where it made short work of the quarter-mile competition.

That's impressive enough, but what makes this yellow Huracan (and frankly, most of their builds) really cool is the stock appearance. Any old shop can throw together a stupid-fast drag car with a big hood bulge and even bigger slicks, but it takes real skill and precision engineering to build a car capable of safely hitting 200-plus mph speeds without any ornamentation like this. It doesn't even need a parachute.

The record run was performed by speed freak Gidi Chamdi, who previously set the half-mile record at 240 mph in an Underground Racing-tuned Lamborghini Gallardo last summer. He was then passed by a Huracan (247 mph) in September and later a Nissan GT-R (248 mph) just two months ago, so he was eager to take back the crown at WannaGoFast's shootout at Stanly County Airport in New London, North Carolina this weekend. And take it back he did, reaching an insane 250.27 mph.

Putting that in perspective—at that speed, the Huracan is covering more than the length of a football field every second.

Of course, when we say "record," we're talking about street-legal road cars—a top fuel dragster could certainly put this Lambo away, though running one for a half mile versus the standard quarter mile would probably destroy the engine in the process.

Underground Racing also brought out an Audi R8 V10 Plus for a few runs, which managed "only" 244.80 mph. But again, we're all spoiled at this point. It's hard to see how they'll be able to keep topping themselves in perpetuity, but we're eagerly awaiting the next installment.