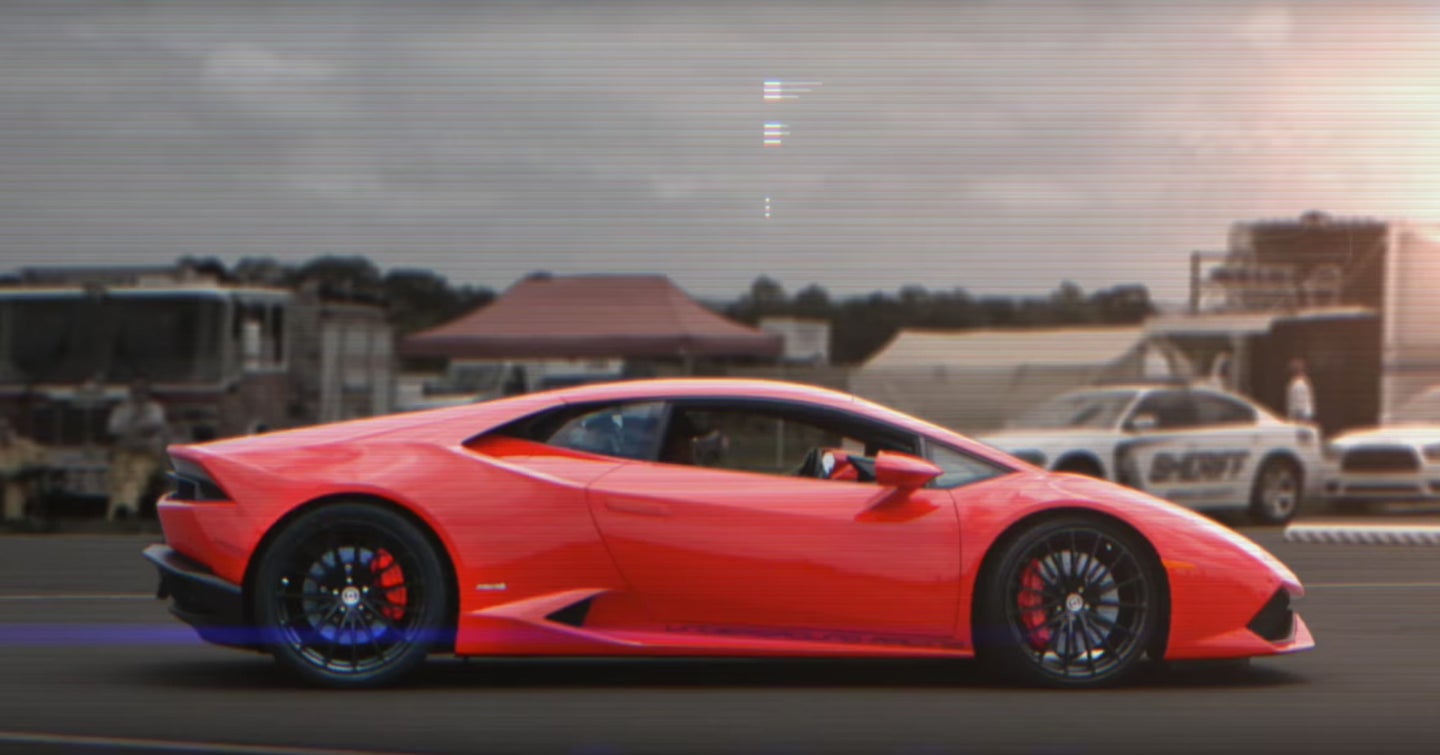 No one with a rational mind would ever call the Lamborghini Huracan "slow." After all, this is a 3,400-pound supercar packing a 5.2-liter V-10 that makes a bare minimum of 572 horsepower; thanks to all-wheel-drive, a fast-shifting dual-clutch gearbox, and an easy-to-use launch control, the Huracan 610-4 has been timed blasting from 0 to 60 miles per hour in 2.5 seconds flat as it heads towards a 202-mph top speed.

Thankfully, the tuning wizards at Underground Racing are anything but rational. Nor, presumably, are their customers—the folks who fork over big bucks to bump their Lamborghinis up to quadruple-digit power outputs that leave Regeras and Chirons staring at their proverbial shoes. The red 1,800-horsepower Huracan in the video below happens to be owned by a fellow named Mohammed, according to UR, who brought it to North Carolina's WannaGoFast half-mile racing event on May 21st to see what it could do.

While the V-10 has been fully built-out, the dual-clutch gearbox, incredibly enough, remains stock (though it does benefit from a pair of custom-made clutches). As we've seen before, the Huracan's DCT is capable of handling extreme power—but the proof of the power is in the numbers, and this Underground Lambo proved itself capable of laying down some serious ones. By the end of the day, Mohammed's UR Huracan was blitzing from naught to 222 miles per hour in half a mile in the hands of driver Kevin Howeth. It may not be the fastest a Huracan has ever run the half-mile...but it's still damn impressive.

There’s no substitute for an extra couple hundred horsepower.