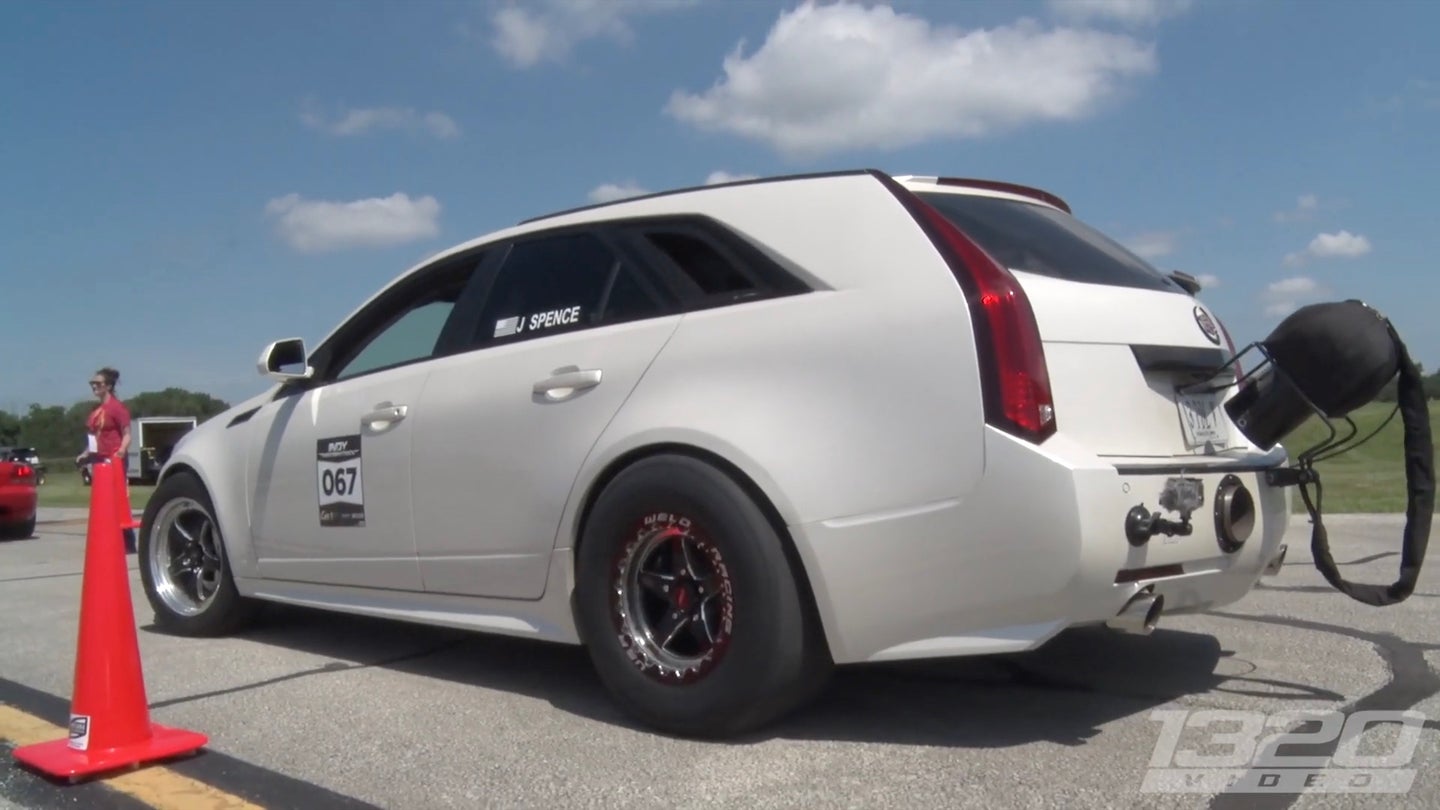 There's no question as to whether the Cadillac CTS-V station wagon belongs in the pantheon of performance car gods. Its gorgeous proportions made it an instant (cult) classic, and its 6.2-liter, supercharged LSA V8, a rival to supercars of its era. And with that blower swapped out for a colossal turbocharger, it can even leave modern hypercars with a black eye as shown in a video uploaded Thursday by 1320Video.

The star of said video is a massively turbocharged CTS-V wagon, whose rear-mounted, 106-millimeter whirlyboy boosts its V8 from 556 horsepower to an unknown figure north of 1,500. That's where the dyno maxed out according to its owner, who says his tuner estimates it may make as much as 1,800 horse. Despite drag slicks amplifying traction on the rear axle, the CTS-V's stock six-speed manual box holds up to all that power and helps the wagon whizz to 200 in a half-mile blast down a runway.

On his first pass of the two-day event, the CTS-V's owner notched up a 197-mph pass, matching his previous best and beating the best known half-mile speed of a Bugatti Chiron: 189.9 mph. It takes many more tries to touch 200 but on the airstrip drag's second day, the Cadillac catapults itself to 200.26 mph at the speed trap, making it the first CTS-V wagon to do so according to 1320.

That speed is more than 10 mph beyond what the 2020 Audi RS6 Avant can manage on an endless straightaway, though given the tuning potential of its 4.0-liter, twin-turbo V8, this Cadillac may soon welcome another member to the 200-mph wagon club.