It’ll be the latest stage in a lengthy relationship between him and the brand. 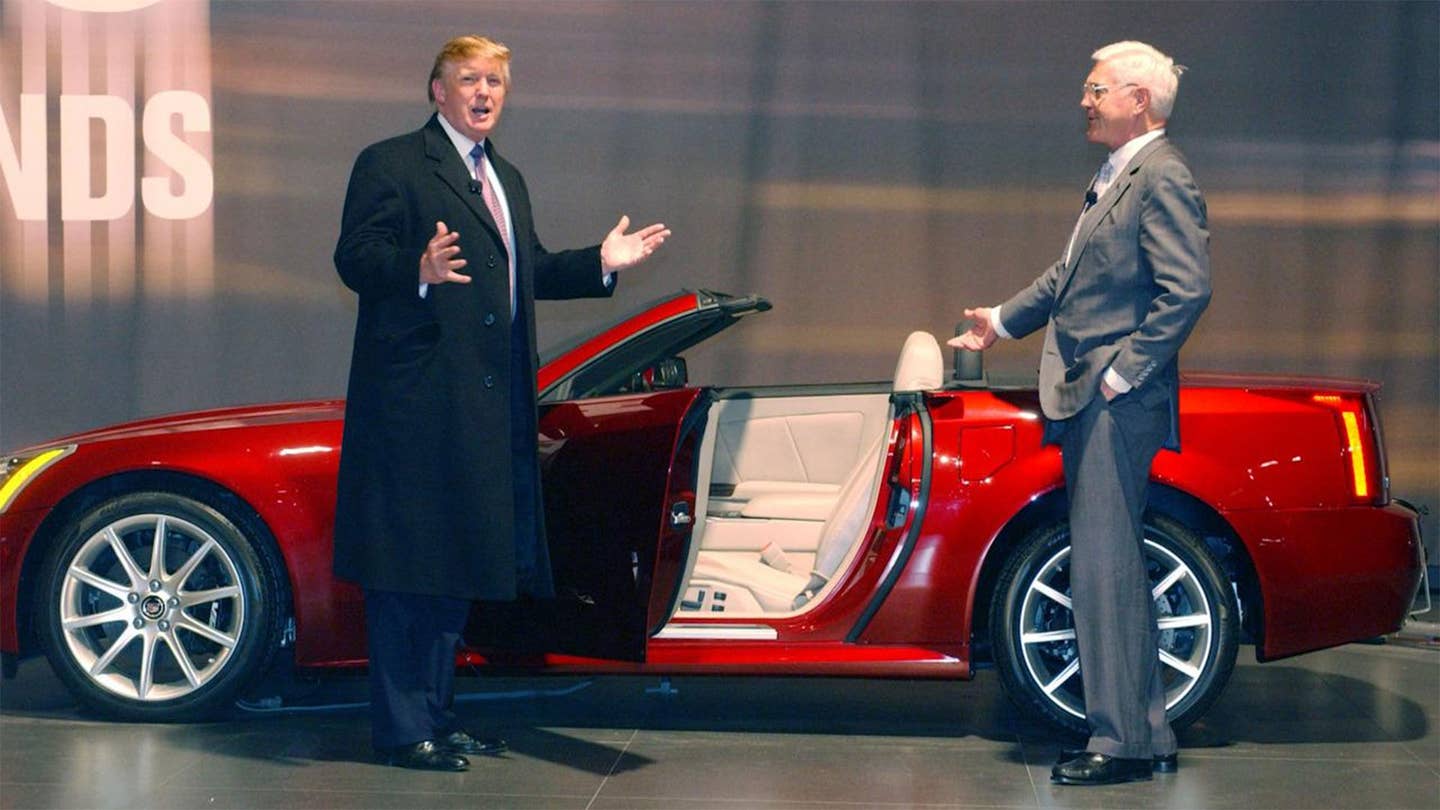 No matter what side of the argument you came down upon, the facts are the facts: On January 20, 2017, Donald Trump will be sworn in as the 45th president of the United States of the America. But in addition to the keys to the White House and approximately 1,900 locked-and-loaded nuclear warheads, President Trump will also be receiving the keys to a brand-new Cadillac limousine made specifically for POTUS—a car that will make its world debut at the inauguration.

For now, the new “Beast,” as the presidential Caddy is known in Secret Service parlance, remains under lock and key, but enough spy photos and rumors have leaked out to paint a mental picture of Trump’s new ride. The new limousine will bear a resemblance to the Escalade up front, but will be built on a modified heavy-duty truck chassis, in spite of its car-like looks. The interior is expected to remain fairly similar to Obama's current ride, with two seats in the far back for POTUS and his plus-one, and three seats facing them aginast the driver's bulkhead. It will presumably come with a battery of new communications-equipment designed to keep Trump in contact with the rest of the world. And, of course, it will be armored to within an inch of its life, and be surrounded by dozens of support vehicles pretty much all the time.

It's a little bit amusing that Trump’s new ride will bear the Wreath & Crest, as his professional relationship with Cadillac predates his political career by decades. Back in 1988, the mogul convinced the carmaker to build him a limited run of super-opulent limousines boasting his name, in order to drive high-rollers back and forth between New York and his Atlantic City casinos. (The project never moved beyond the prototype phase, as Trump reportedly finked on his promise to purchase 50 of the cars; only two were built.)

Then in 2005, GM tapped him to show off the Corvette-based XLR-V convertible at the New York Auto Show (seen above); the company also got his wife Melania to show off the 2007 Escalade to the world of fashion. And he made an appearance at the world premiere of the 2015 Escalade back in 2013, which gave your humble author a chance to photobomb him.