A state car is supposed to be the ultimate expression of that country's automotive industry. To that end, it's an unfortunate fact that the current presidential limo—a dated, truck-sized Cadillac CTS—is based on decade-old design language that General Motors no longer uses. But after numerous delays, new pictures of the next limo road testing in Michigan show President Donald Trump's wait is almost over for the next generation of "The Beast."

The current model was introduced for President Barack Obama in 2009, and the replacement, updated to look more like the current Escalade and CT6, was supposed to be ready for Trump's inauguration in January. But given the complex challenge of developing a multi-purpose rolling bunker, delays have pushed the timeline for delivery well into his first term.

But this weekend, numerous spy photographers caught The Beast 2.0 testing on the roads of Milford, Michigan, the site of GM's engineering proving grounds. This is time we've seen the limo on a public street, and it will certainly look a little different when it's carrying President Trump sometime in the near future.

Motorcade aside, the new presidential limousine sports the familiar combination of a Cadillac-esque body (it's reportedly not based on a single model, instead melding design cues from the new Escalade, upcoming CT6, and Escala concept) and a GM heavy-duty truck frame. Earlier photos show it's longer and wider than a Chevrolet Suburban and almost as tall. It's no Kennedy-era Lincoln Continental, but it should be a step in the right direction after a couple decades of slightly uninspired designs hampered by post-9/11 security concerns.

Like its predecessor, The Beast 2.0 will carry the latest in high-tech armor, safety gear, communications equipment, and other top-secret capabilities to get the president out of any conceivable jam. In the current limo, that means 5-inch-thick bulletproof windows, a bomb-proof undercarriage, tear gas cannons hidden under the headlights, and night-vision cameras. The whole package reportedly tips the scales at around 20,000 pounds.

According to Fox News, the latest scheduled completion date in General Motors' contract is October 31. Just in time for Trump to take the kids trick or treating. 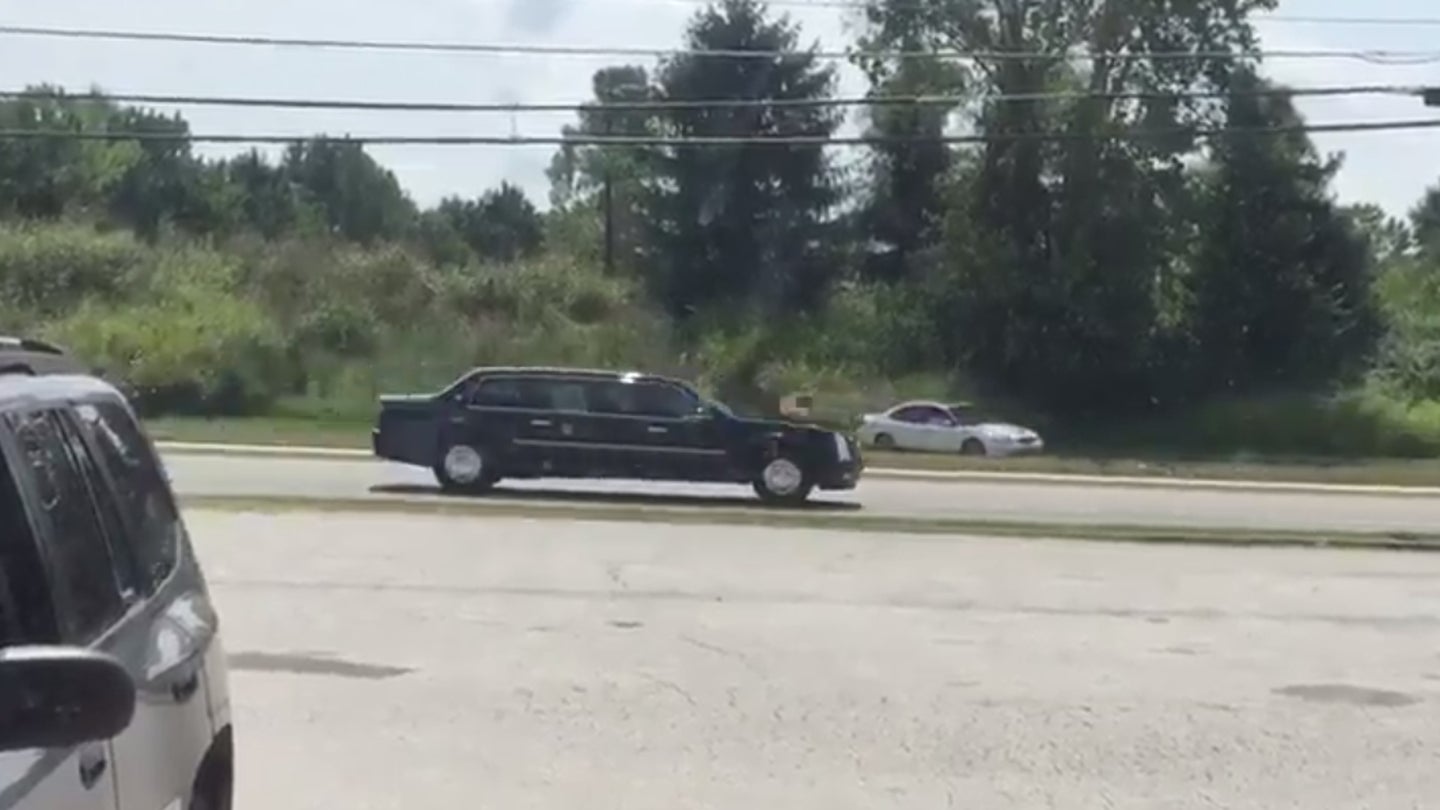 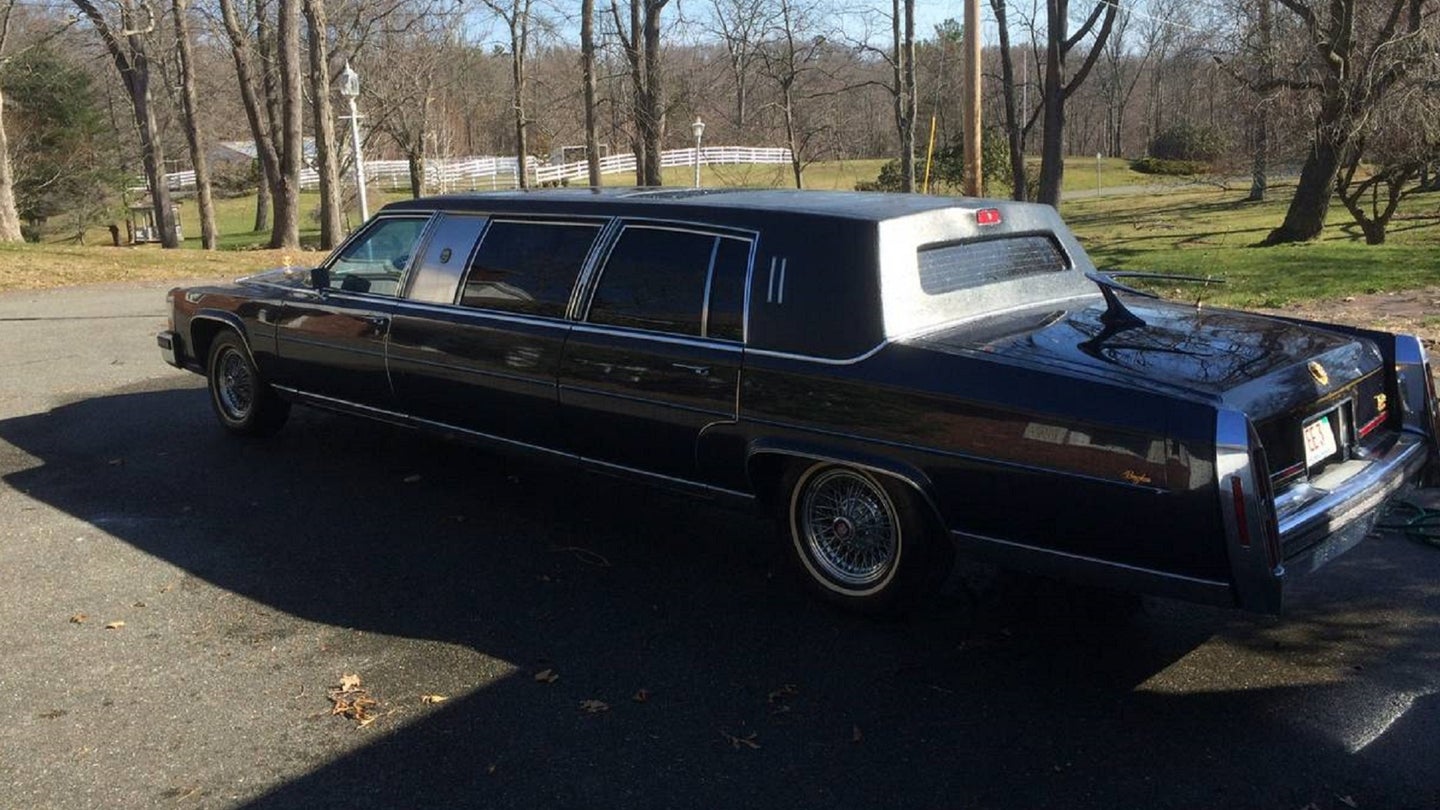 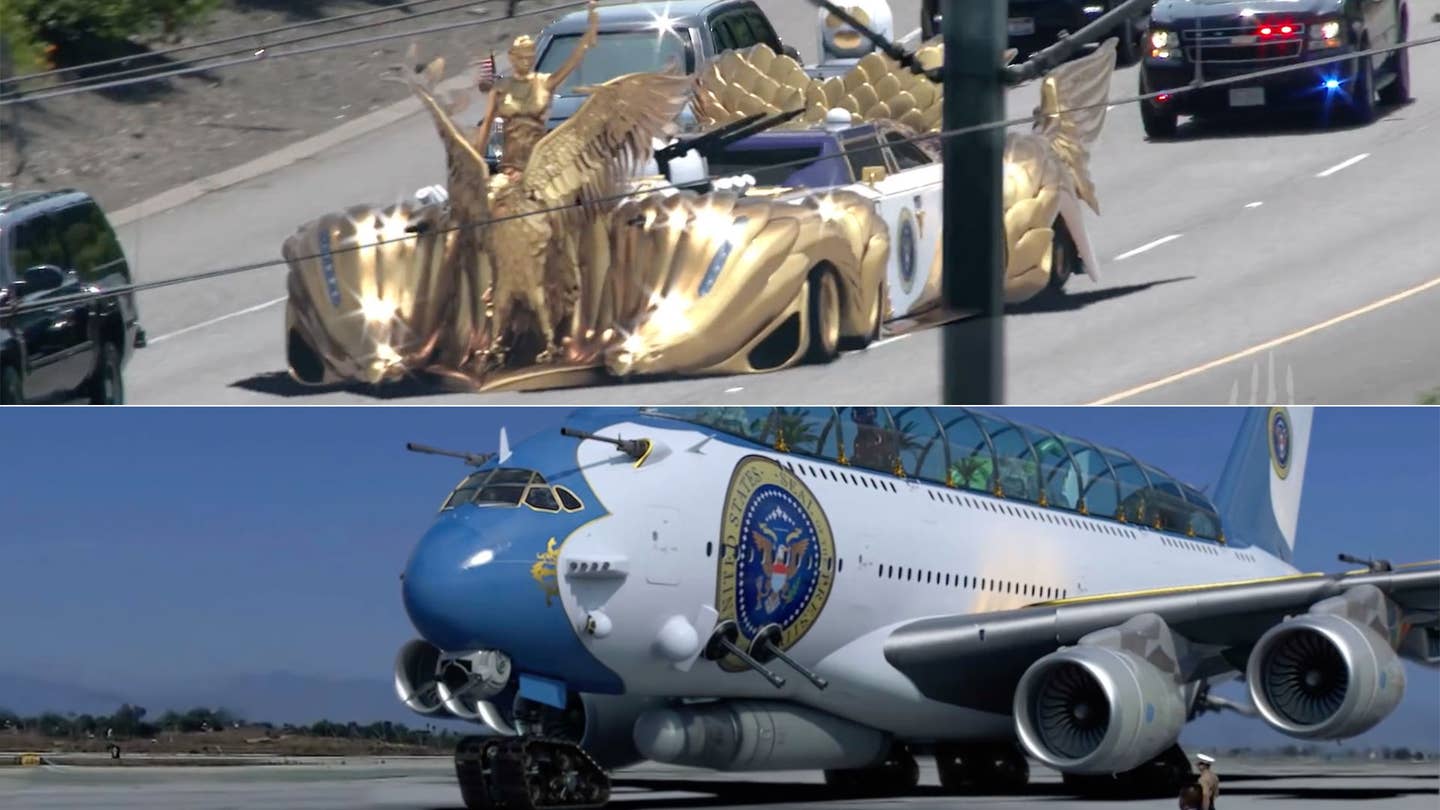 Gun-toting and gaudy in equal measure.