These are all things Mercedes-AMG promised when it first announced the Project ONE earlier this year. AMG has really put the "hype" in hypercar, giving us a new teaser every month to speculate about, but the wait is finally over—and the rumors are true. The Project ONE was officially revealed in all its glory on Monday, and will be on display at the Frankfurt Motor Show starting September 14. Mercedes says this is the first "Formula 1" car approved for road use, and claims it has the technology and performance to prove it.

The Project ONE is powered by 4 electric motors (one of which drives the turbocharger) in conjunction with a 1.6-liter V6 mounted behind the rear seats, pushing power to all four wheels. The plug-in hybrid system has been lifted right out of a Formula 1 car, and features a complex 8-speed "manual" gearbox allowing for automatic cruising or paddle-shifting. Thanks in part to pneumatic valve springs, the engine revs to an F1-rivaling 11,000 RPM, and AMG says the car will accelerate to 112 MPH in under 6 seconds.

The 'ONE has been optimized for street use, displaying Michelin Pilot Sport Cup 2 tires (19" in the front, 20" in the rear), and is designed to be used with widely-available premium gas, not racing fuel.

Mercedes' halo car takes its design inspiration from AMG's Formula 1 cars of course, with a similar color scheme to the Petronas racing livery and massive rear spoiler and diffuser combinations. There looks to be be some CLK GTR in there too, but that's just us.

The interior of the Project ONE is no different, featuring a carbon fiber-clad interior trim with adjustable buckets eats and an F1-inspired steering wheel. The car still features creature comforts like air conditioning, power seats, and a 2-screen infotainment system, plus adequate storage space in the cabin.

Whether you like the look or not, the Project ONE is a promising edition to the current lineup ofhybrid-electric hypercars. 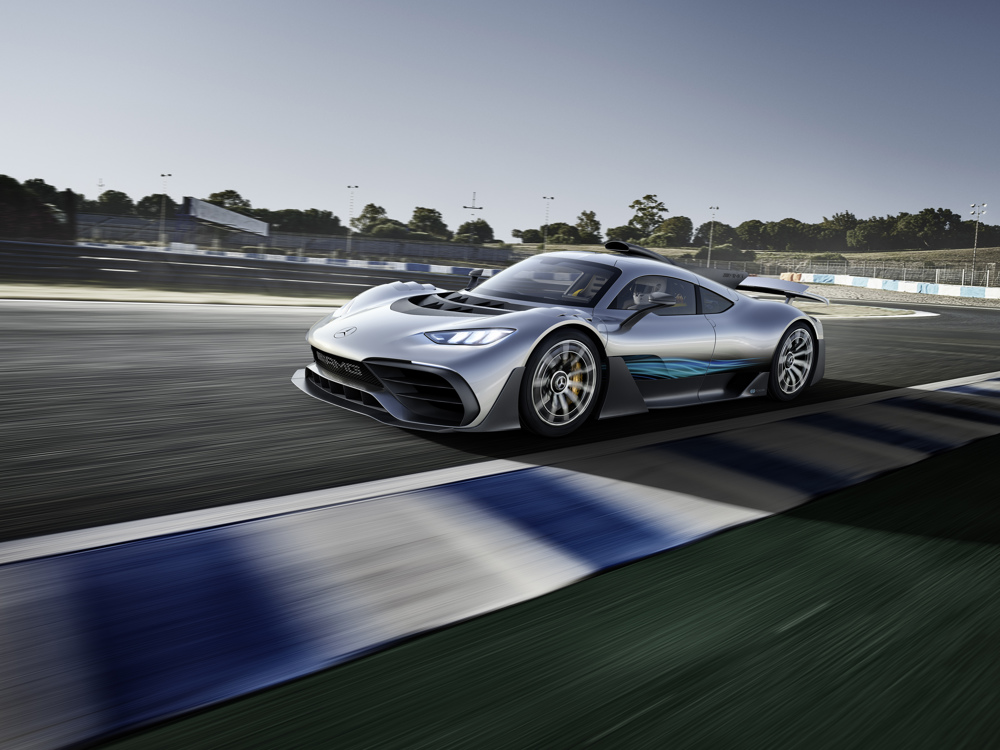 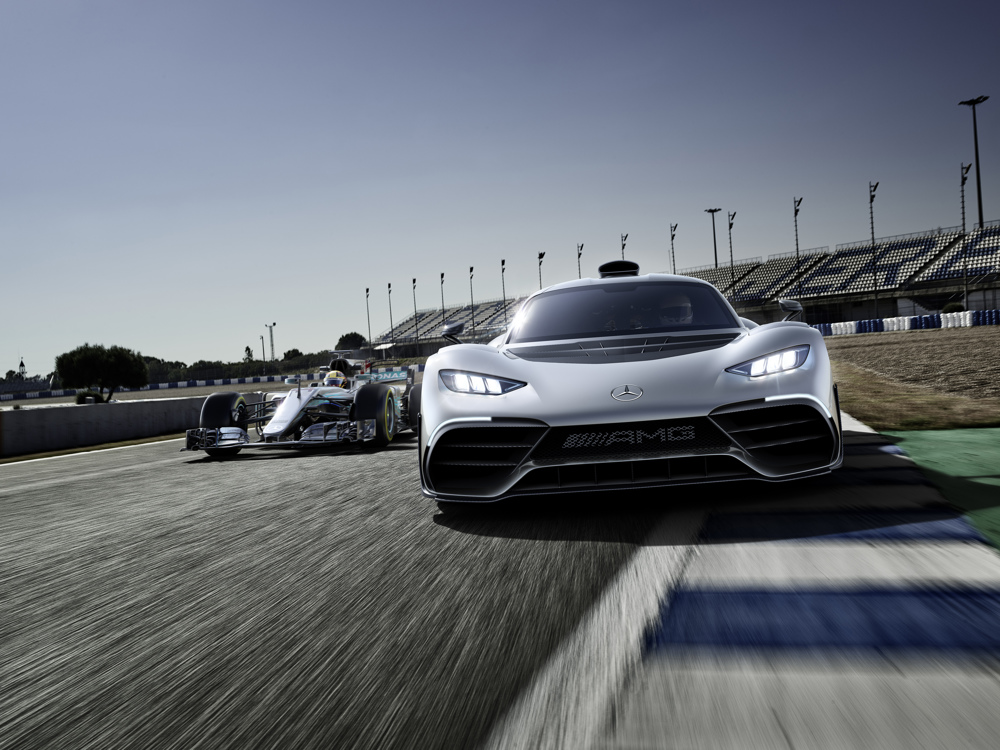 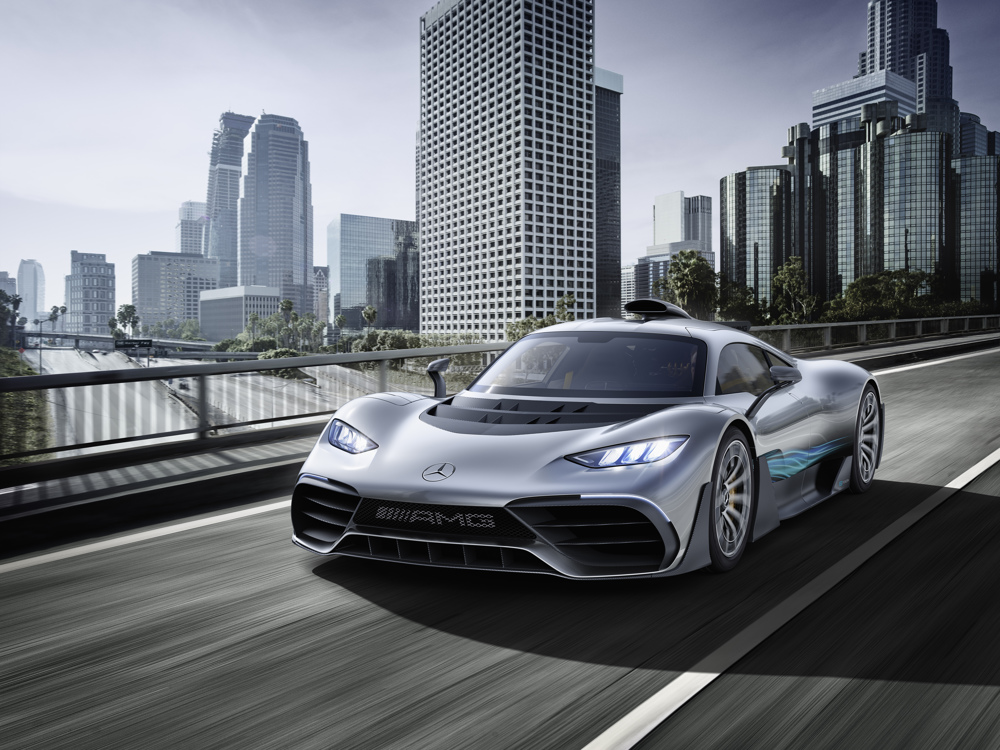 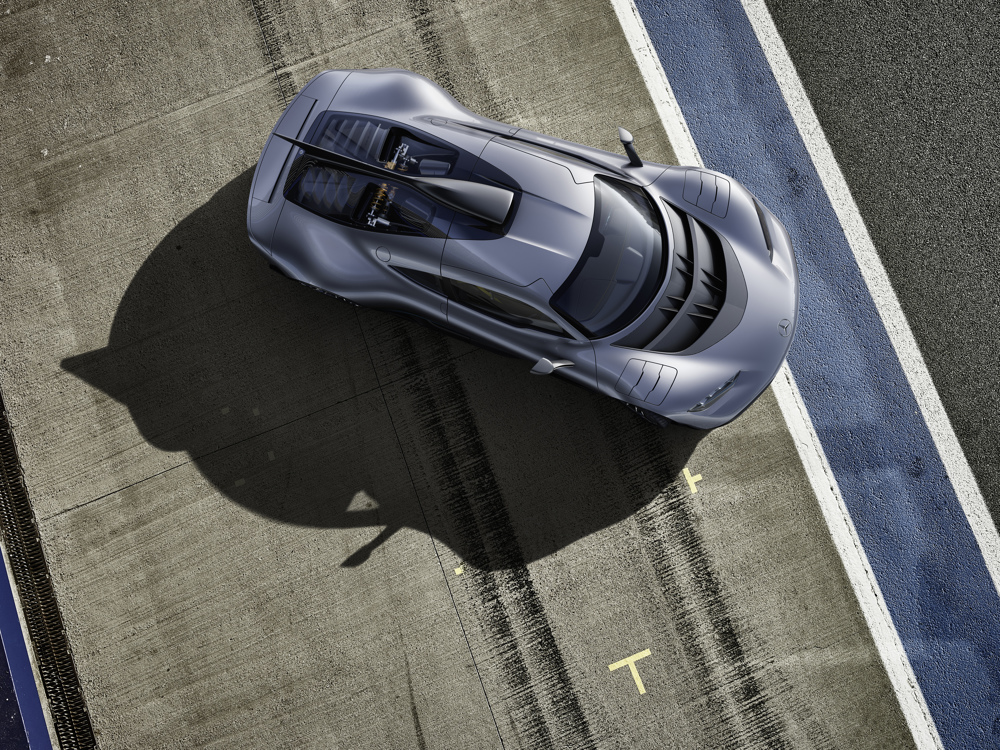 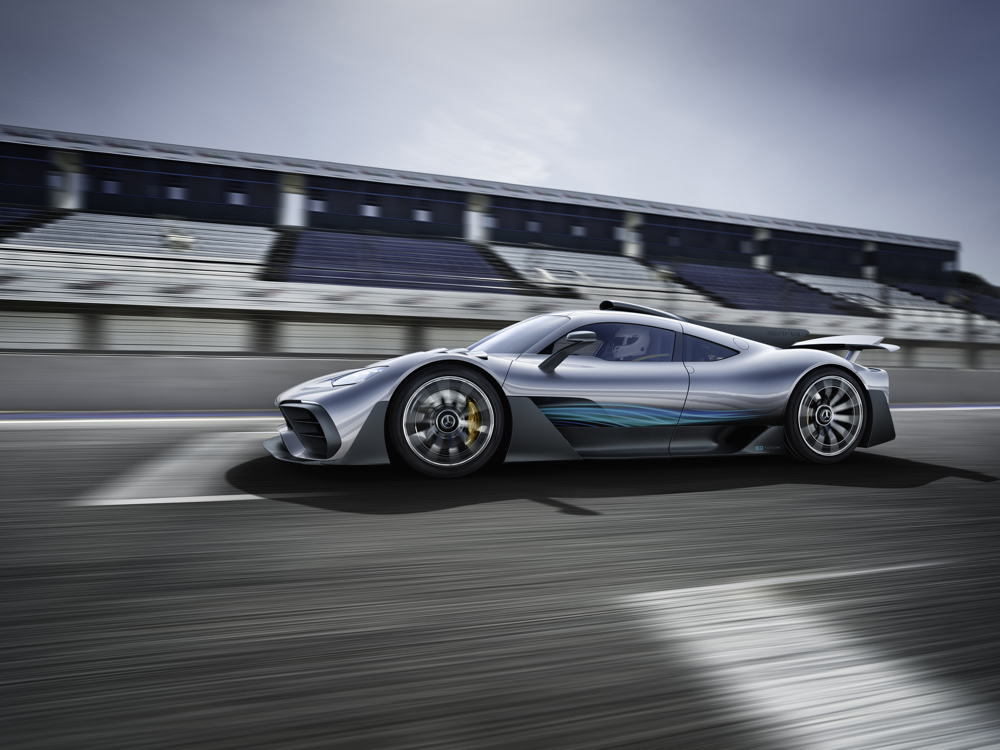 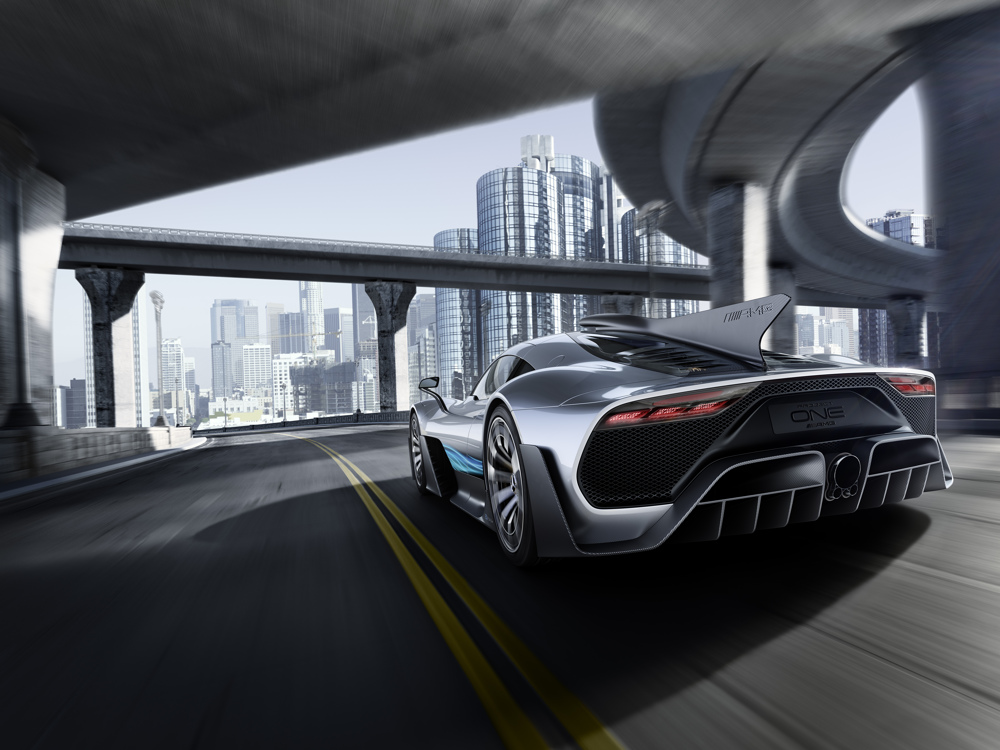 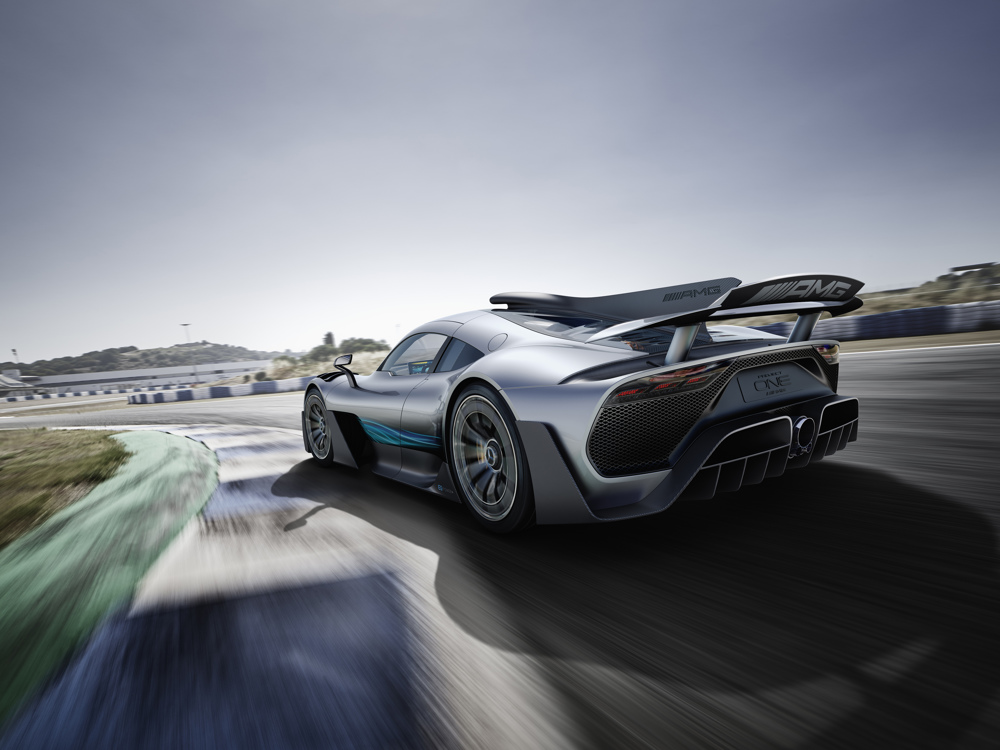 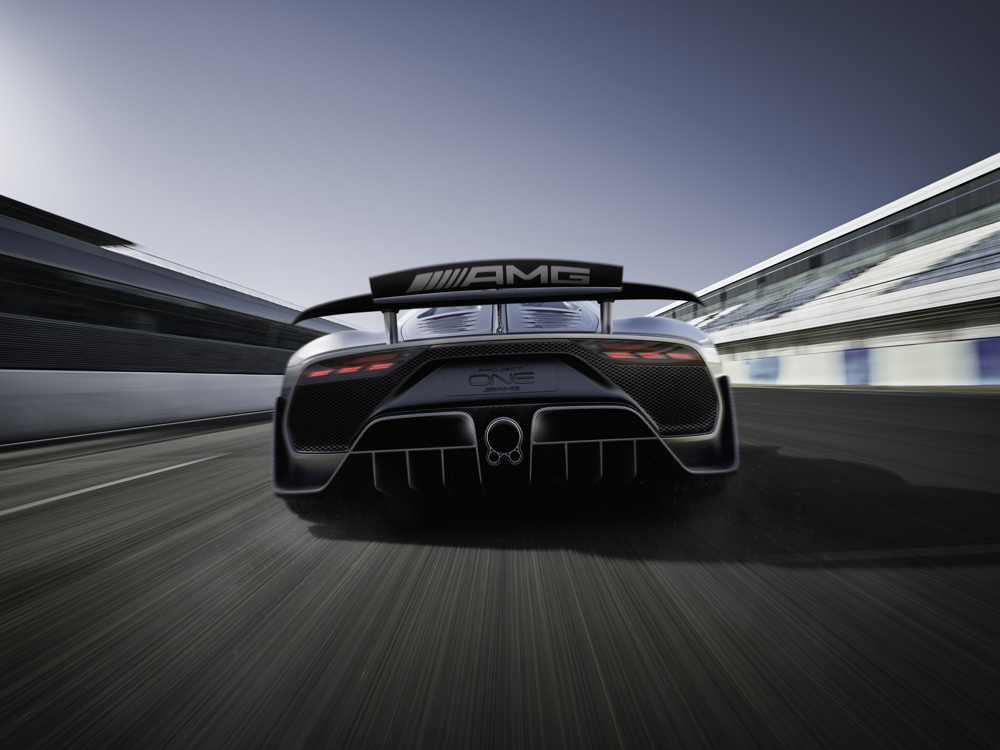 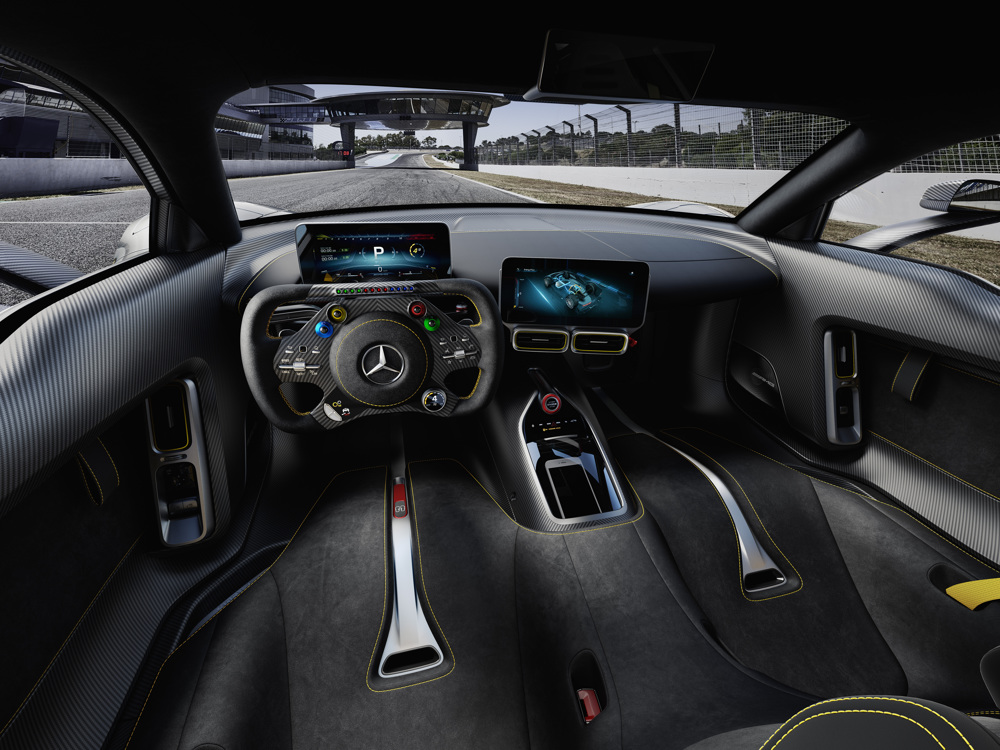 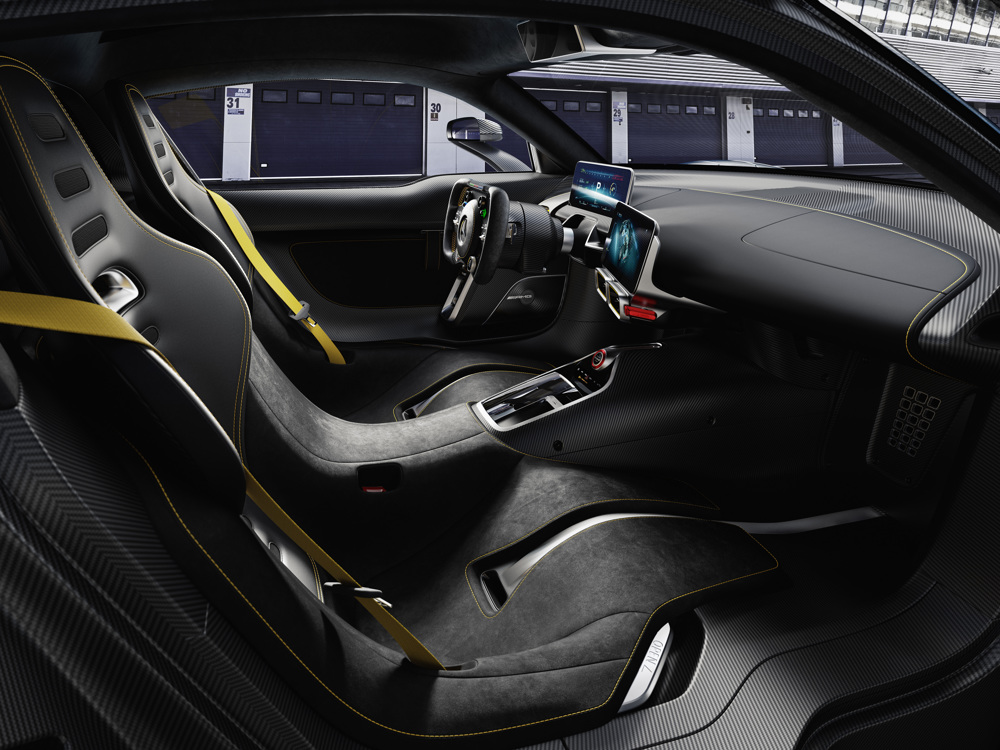