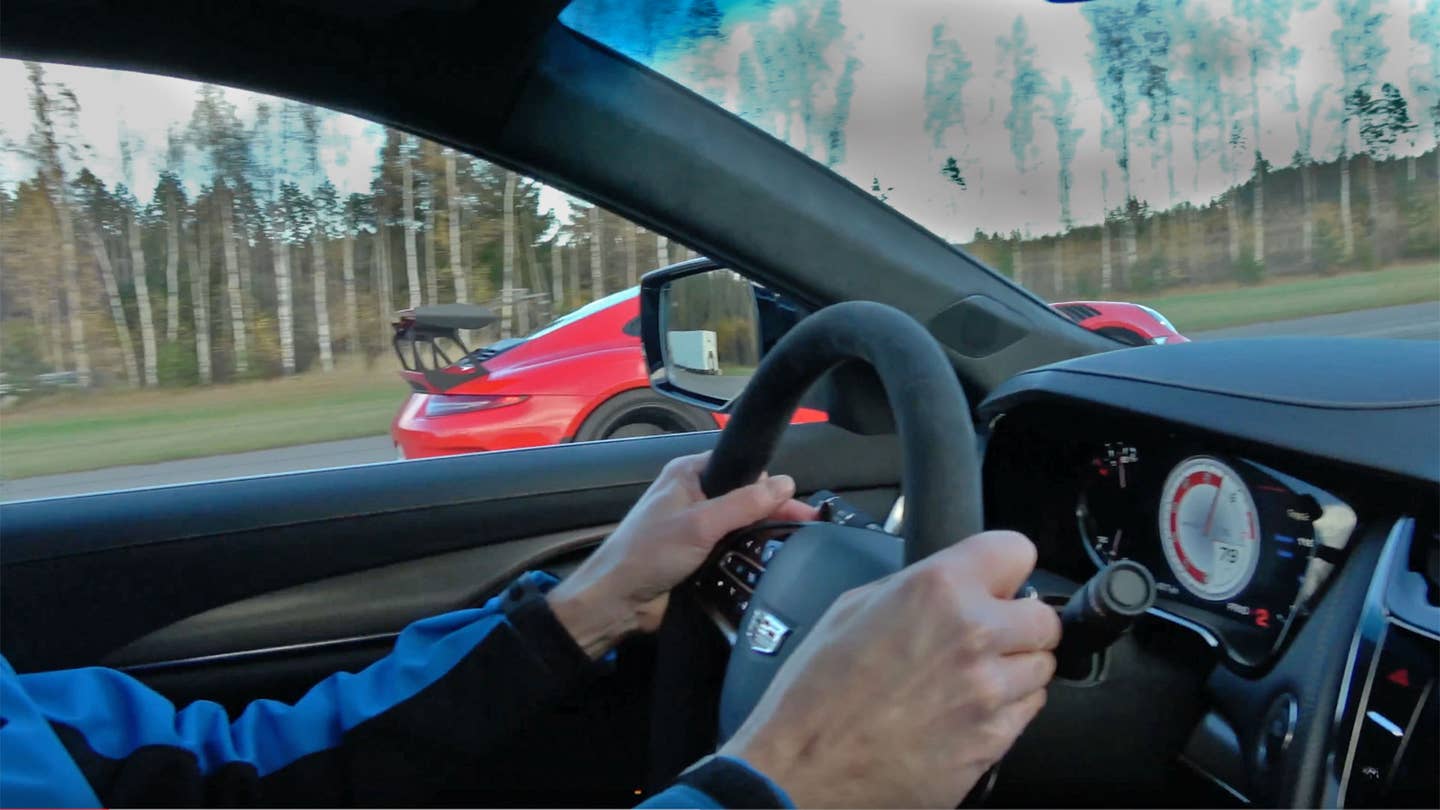 On paper, at least, it seems like a close matchup between two cars that couldn’t be less alike in the way they deliver extreme performance: a brand-new 2016 Porsche 911 GT3 RS racing against an equally-new 2016 Cadillac CTS-V. A lightweight Teutonic terror against a leather-lined hunk of Detroit muscle. The Porsche, a sharply-tuned balance of naturally-aspirated, high-revving power, track-spec aerodynamics, and lightweight construction; the Cadillac, a sybaritic sports sedan with the supercharged heart of the most powerful Corvette to ever roll off the factory line.

The Cadillac is so fancy, its seats can both heat and cool your buttocks; the Porsche so stripped-down, it sacrifices its door handles in favor of pull straps to save a few extra ounces. And while the Cadillac outweighs the Porsche by half a ton, the extra ponies from its 640-horsepower small-block mean its power-to-weight ratio is still within spitting distance of the 911.

Off the line, the Porsche’s more-favorable rear-engined layout gives it an edge in acceleration. But this particular race negates that by starting off from a roll, giving the CTS-V a chance to hold its own.

But as we all ought to know by now, just because something seems like a close race in theory doesn’t make it so in reality. So as GTBoard found out when it set the two against one another, all the advantages seemingly in the CTS-V’s favor still weren’t enough to keep the uber-911 from walking away from the Caddy like it was stuck in second gear.