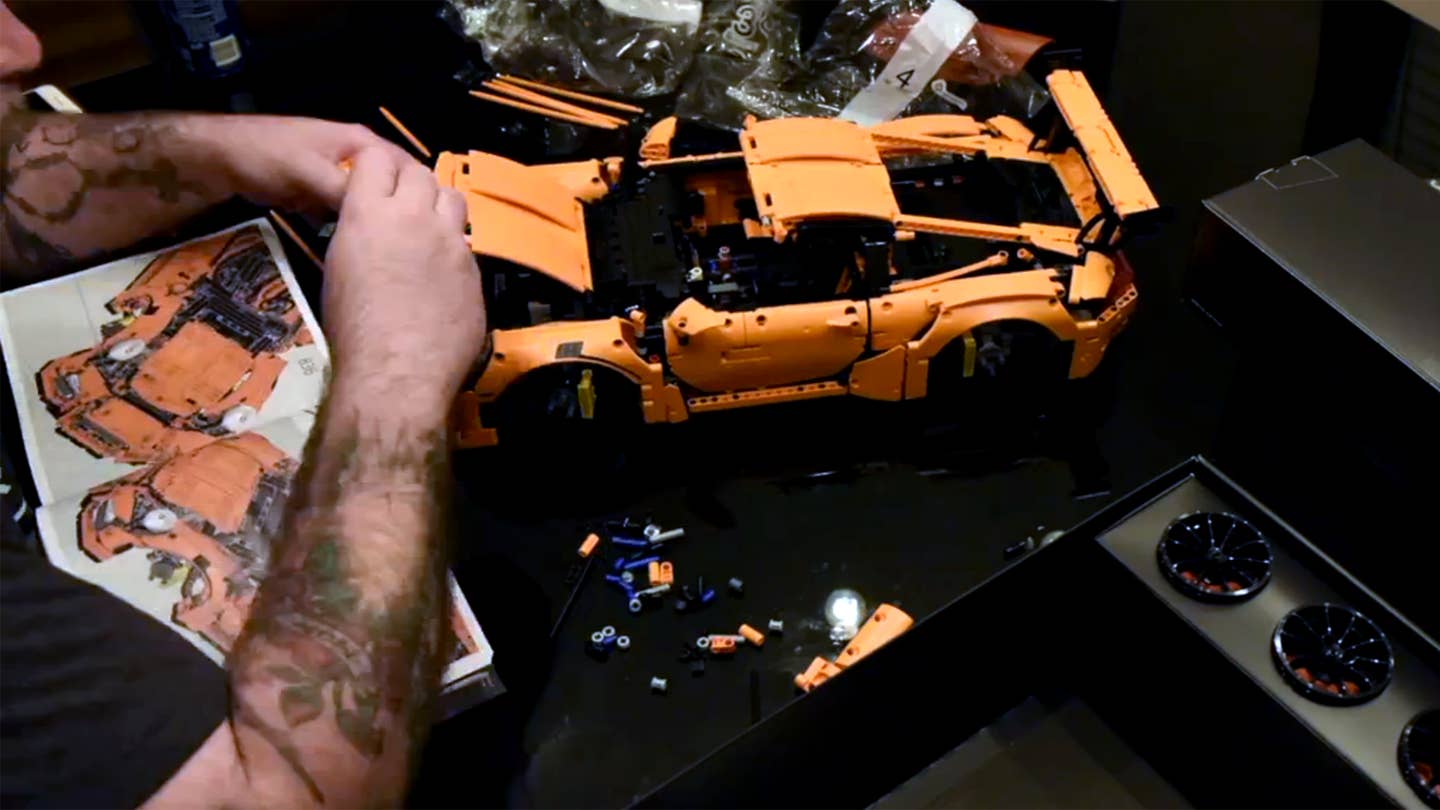 If it's been a while since you played with Legos, the complexity of the toymaker's new Porsche 911 GT3 RS model kit might make your eyebrows lift right off your forehead. As we mentioned when the blocky Porsche debuted back in April, the $300 kit, which went on sale June 1, includes 2,700 separate pieces that assemble into a 1:8 scale model of the rear-wheel-drive track slayer.

According to Lego, assembling the scale model 911 GT3 RS should take about eight hours. Professional automotive photographer and avowed Legomaniac Andrew Link, who admits he walked into the Lego store the moment it opened on Wednesday to buy the car, knocked it out in four and a half.

But since that's still far too long to share on social media, Link rigged up a time-lapse camera to record himself piecing together the fantastic plastic model car. Compressed down to 47 seconds, the lengthy assembly process becomes a hummingbird's ballet of handiwork—one which Link was all too happy to share with The Drive.

And yes, in case the music didn't give it away, Link is quite the fan of the movie Super Troopers.