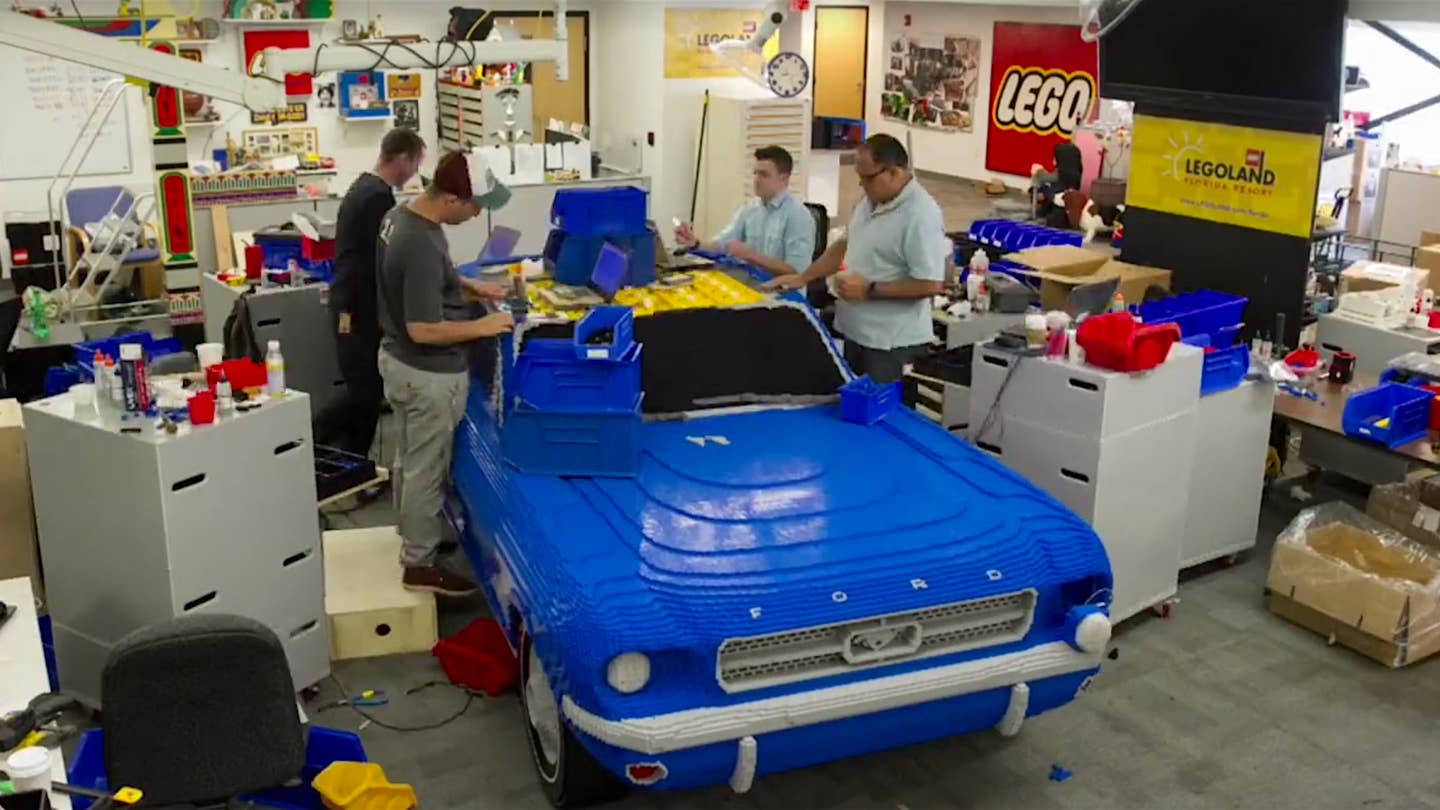 For some reason, objects always seems a bit cooler when they're put together with thousands of Lego pieces. That remains true with this amazing Lego-built vintage Ford Mustang.

Lego's master builders at a facility in Enfield, Connecticut used 194,900 Lego and Duplo blocks (and in all likelihood, a bunch of glue) to construct a full-scale model of a 1964 1/2 Ford Mustang coupe. The build took a total of 1,200 hours of work.

Underneath the Lego exterior, there appear to be a bunch more structure-supporting Legos, and according to Jalopnik, an aluminum chassis—which may or may not be cheating. There are working headlights and taillights, as well as fake engine noises and a working horn. Completed, the "BrickPony," as it's been dubbed, stands 15 feet long, six feet wide, and four feet tall, and weighs 1,712 pounds—960 of which consists of Legos,

The BrickPony was temporarily on display at the Indianapolis Motor Speedway in September for the 40th anniversary of the Mustang Club of America, but it's now and forever on permanent display at LegoLand Florida.

In the video we've embedded below, you can watch the entire Lego Mustang come to life. All the builders huddled in a small room pouring glue and placing blocks—it's basically what I imagine Santa's Christmas toy-building shop would be like. But, ya know, with a big blue Lego Mustang in the center.