Is a New Boss 302 Ford Mustang in America's Future?

Ford's graphic artists may have dropped a hint at the Boss 302's return. 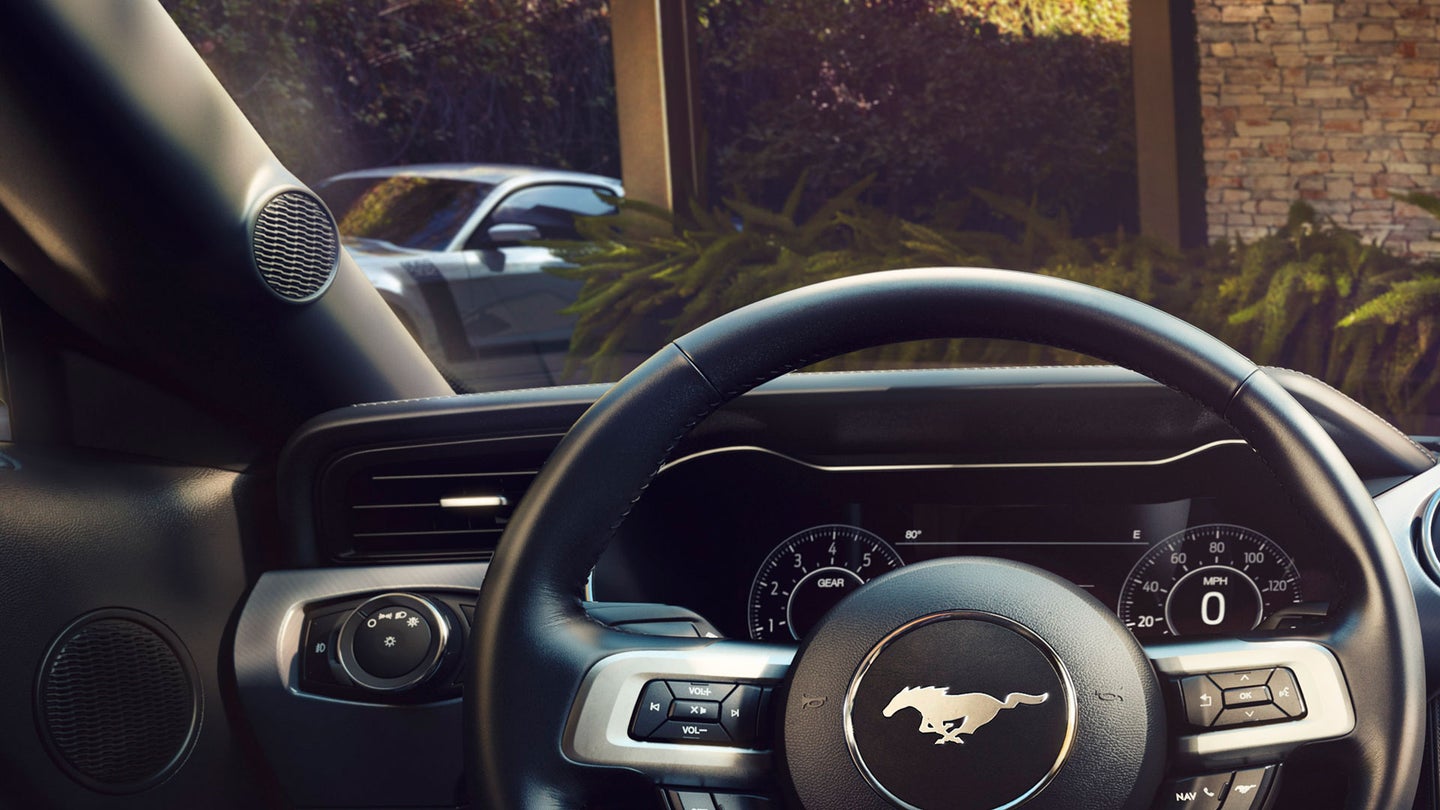 From 2012 to 2013, Ford graced America with the Ford Mustang Boss 302. It was a work of muscle car art, a Mustang that people fell in love with due to its extra horsepower, lowered stance, and tightened suspension. But, all good things must come to an end and Ford discontinued the model after two years of production.

The Boss 302 may be coming back to the Mustang lineup

For the past five years, we've gone without new version of the Boss 302, leaving the world's Mustang maniacs forced to scour the Internet for the rare opportunity to purchase one of the 444-horsepower monsters. Now, however, Ford has given us a glimmer of hope that the model could return—in its latest press photos for the 2018 Ford Mustang.

Rather than leaving the environment void of Ford products in a picture of the new 'Stang's interior, artists decided to include a small image of what looks like a Boss 302 hidden in the background.

Could this be a random act by some Boss fanboy in the art studio, or is it a hint at what's to come? Well, I'm no Miss Cleo...but I do know pretty much nothing is done by accident when it comes to promotions and America's muscle cars.

We will be sure to keep you posted if any more hints about a new Boss 302 Mustang should arise.