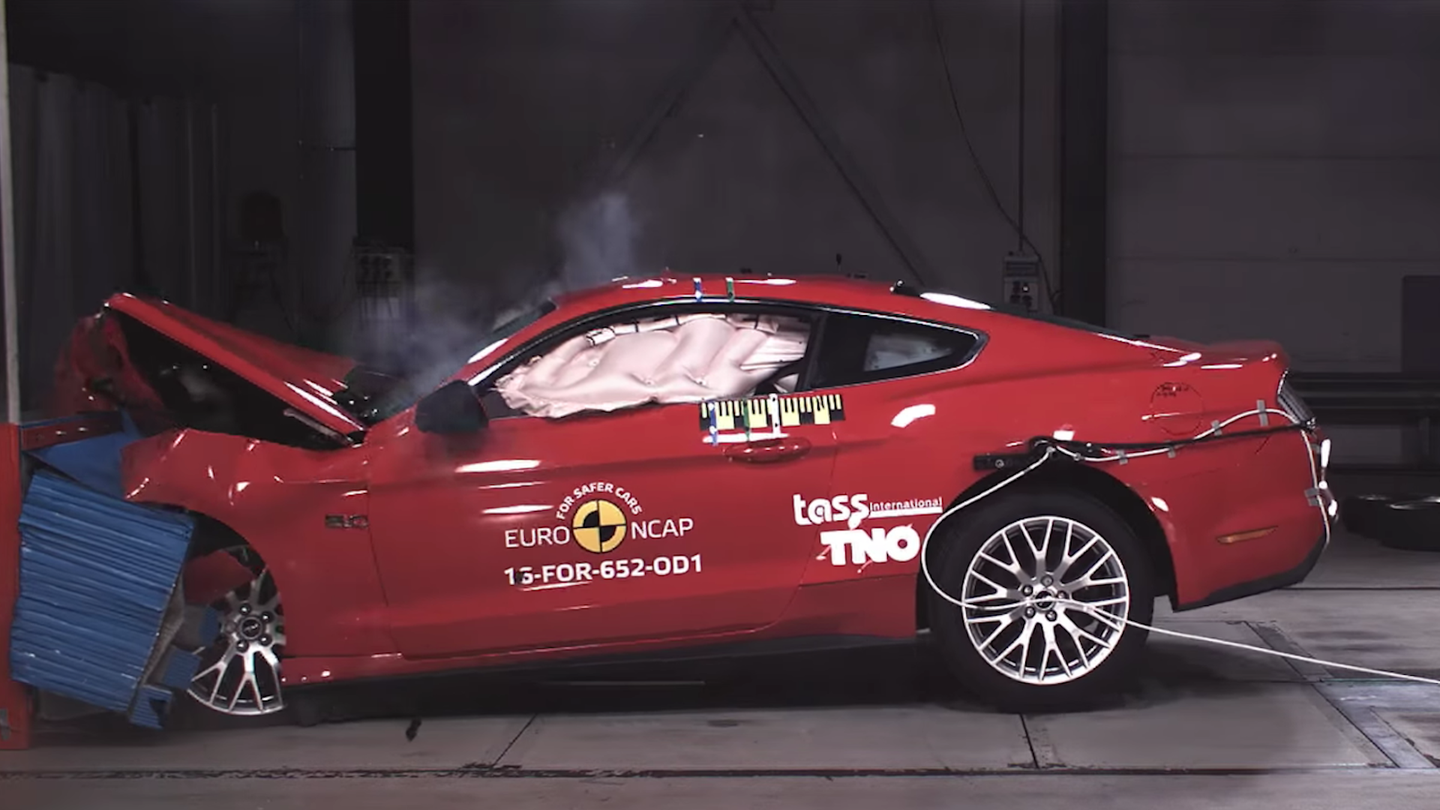 The Mustang scored especially poorly in a handful of tests, including the frontal offset test, full-width frontal test, and side impact crash tests. As you'll see in the video below, the tests are pretty terrifying.

The frontal offset test resulted in improper airbag inflation for both the driver and passenger, making neither occupant able to be restrained properly. The frontal offset test made the test dummy in the rear seat slide under its seatbelt, due to no seatbelt pre-tensioners and road limiters. And finally, the dummy for the side impact crash didn’t even hit the curtain airbag—instead, it hit the interior trim below it.

The European safety testing program voiced its concern for the American muscle car’s crash protection for both adult and children occupants, noting that Ford did the bare minimum to get its Euro Mustang equipped for more demanding European safety standards.

“Ford did not expect Euro NCAP to test the Mustang and chose not to fit safety technology in Europe which is available to its American consumers, and available on several other sports cars for that matter. Such an attitude to safety should trouble Ford’s customers, whether they are buying a high-powered muscle car or a regular family car," said Euro NCAP Secretary General Michiel van Ratingen in a press release.

The Mustangs that the Euro NCAP tested were not equipped with Pre-Collision Assist and Lane Keep Assist, something Ford says will be changed with a facelifted European Mustang in the near future.

“We welcome any improvement, of course, and look forward to publishing a new rating for the updated model," said Van Ratingen. "However, more fundamental updates may be needed if the Mustang is to get a significantly better result. We therefore hope Ford takes the opportunity to invest in the changes needed now for future Mustang generations.”

Looks like Ford’s not getting off easy on this one. Check out the damage below.