The clan’s Mustang obsession began with a real horse. 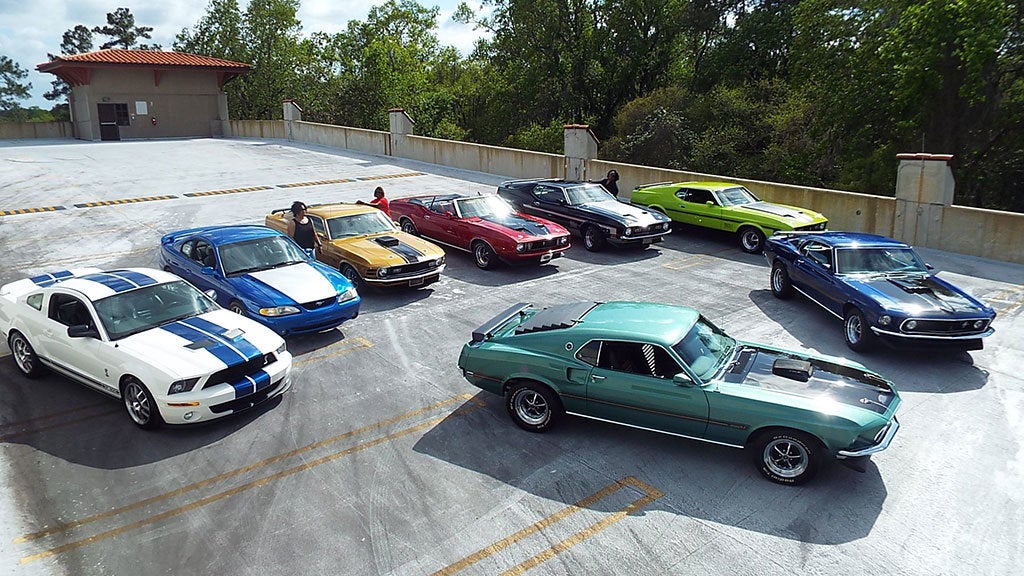 Ford met up with a family whose actual surname is “Speed” to talk about their eight Ford Mustangs. Daniel Speed, a rocket engineer, told them the Mustang obsession all started with their father, his shop, and a real horse.

The family grew up in Valdosta, Georgia where the patriarch operated a small trucking company. His son, Daniel, was his mechanic from a young age. Every truck his old man bought was a Ford, and he made sure all seven of his kids knew these trucks inside and out.

When Daniel was 10, his father traded a real-life pony for a 1965 Ford Mustang. According to Daniel, “One Saturday he said, ‘If you guys won’t ride him, I know what I’ll do with him,’ and he came back with that car.”

The whole family fell in love with the Mustang. Now, between the seven siblings, they own eight Mustang models. According to the pictures in the article by My Ford magazine, six of the cars are first-generation, plus an SN-95 and an S-197. (No love for the Mustang II or the Fox body in this family.) The Speed family’s Mustangs share garages—as many Mustangs do—with assorted Ford pickup trucks.

The siblings live all over the Southeast US, but they come together to attend Georgia car shows at least twice a year. Daniel says, “We can get the cars out on Interstate 75 and just kind of have our own little parade, our own little rolling car show.” Just imagine: a rolling Mustang car show where nobody crashes.