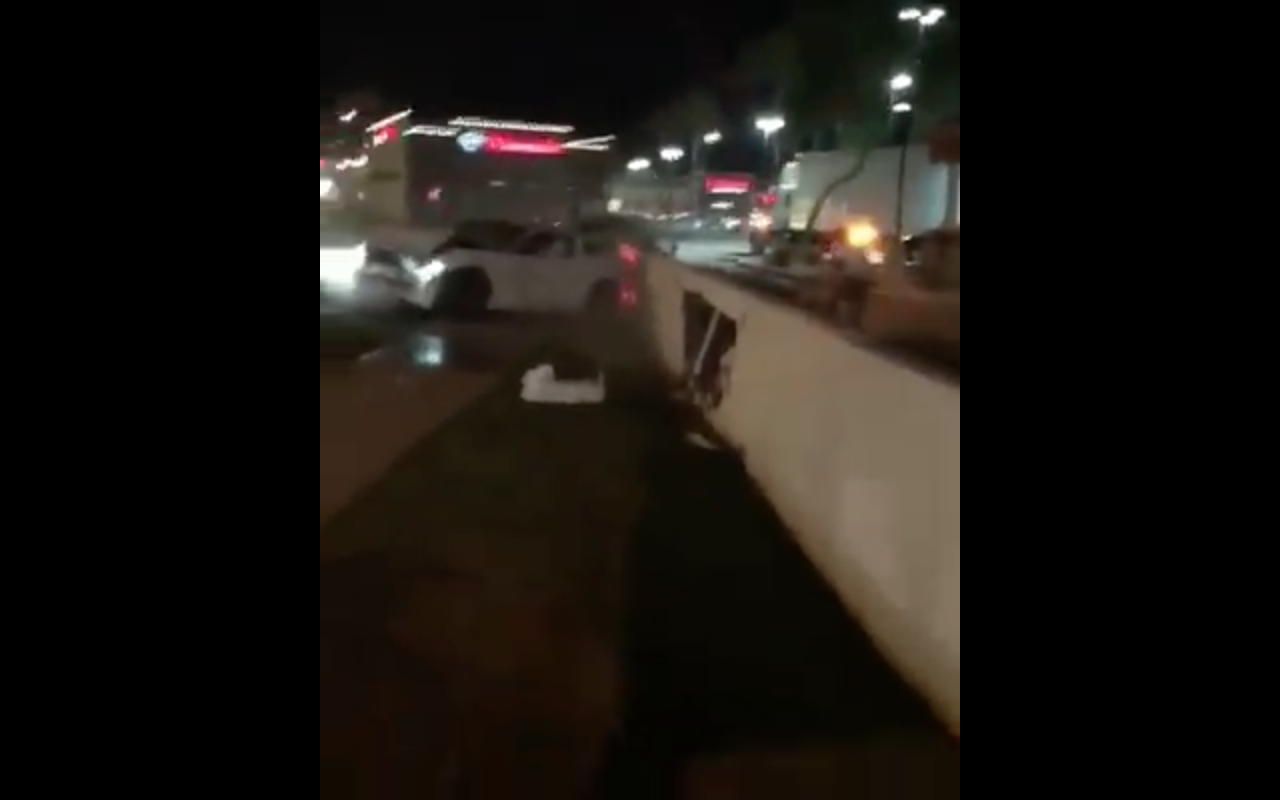 Outside a car meet in Scottsdale, Arizona, a pair of dunces in Mustangs decided they would make crowd thrillers of themselves with a spirited exiting of the event. As anyone could have seen coming, these two numpties almost ended up as crowd killers rather than the heroes of the night. Tempe, AZ resident Damien Miller was one of the bystanders nearly hit by this duo of mobile road hazards, and he recorded the incident (vertically) for all to see. The video features a pair of V6 Mustangs, which aren't as much of a pony car as they are a My Little Pony car, sliding out of an intersection in a fashion more evocative of Bambi on a frozen pond than Seabiscuit.

This incident is but one of many that involve the Ford Mustang, and either bystanders, curbs, or walls. The meme, if you will, of Mustang crashes began seeding its roots in 2014, when the popularity of Cars & Coffee events exploded in the United States. The casual atmosphere and unrestricted attendance of the events meant that anyone and any cars were allowed, from classic Beetles to Koenigseggs, and everything in between. Naturally, owners of Mustangs began to show up at these events, and they made a name for themselves by causing havoc at every opportunity. The frequency of these Mustang incidents outside car meets got so high that satirical car review show Regular Car Reviews even wrote a song about the phenomena, Another Mustang Crashed, to the tune of Battle Hymn of the Republic.

Why the Mustang, though? Why haven't other vehicles garnered a similar reputation? The answer boils down to three major factors: ubiquity, performance, and driver skill. Mustangs are by far the best-selling sports car in the United States, and now, the world. That combined with their lengthy production run, with cars being produced as early as 1964, means they are a household name and a commonplace sight on the road. Part of why they sell so well is because of how much performance you get for your money— the current Mustang GT sits at an MSRP of $33,195 and it has 435 horsepower. The internet will tell you that isn't much power, but the reality is that it is indeed enough to lay waste to its rear tires and provide one hell of a good time. Because of the bargain that is its pairing of high power, rear wheel drive, and low price, it's the milquetoast performance car, the entry point for many car enthusiasts, and it attracts drivers of widely varying quality.

As a result, with one of the biggest dedicated followings of any car in the world, a high amount of power for a low cost, and until 2015, a finicky solid rear axle that limited its handling capabilities, the Mustang has what is likely the largest following of poor drivers, in a car that isn't kind to poor driving.

It's not the Mustang's fault that people can't drive it. If anything, people who slide the current generation of Mustangs into hedges should be even more embarrassed, as they can no longer blame an obsolete rear axle design. The only thing to blame is the drivers themselves, and anyone who cannot swallow the responsibility for their own driving should not have a license.