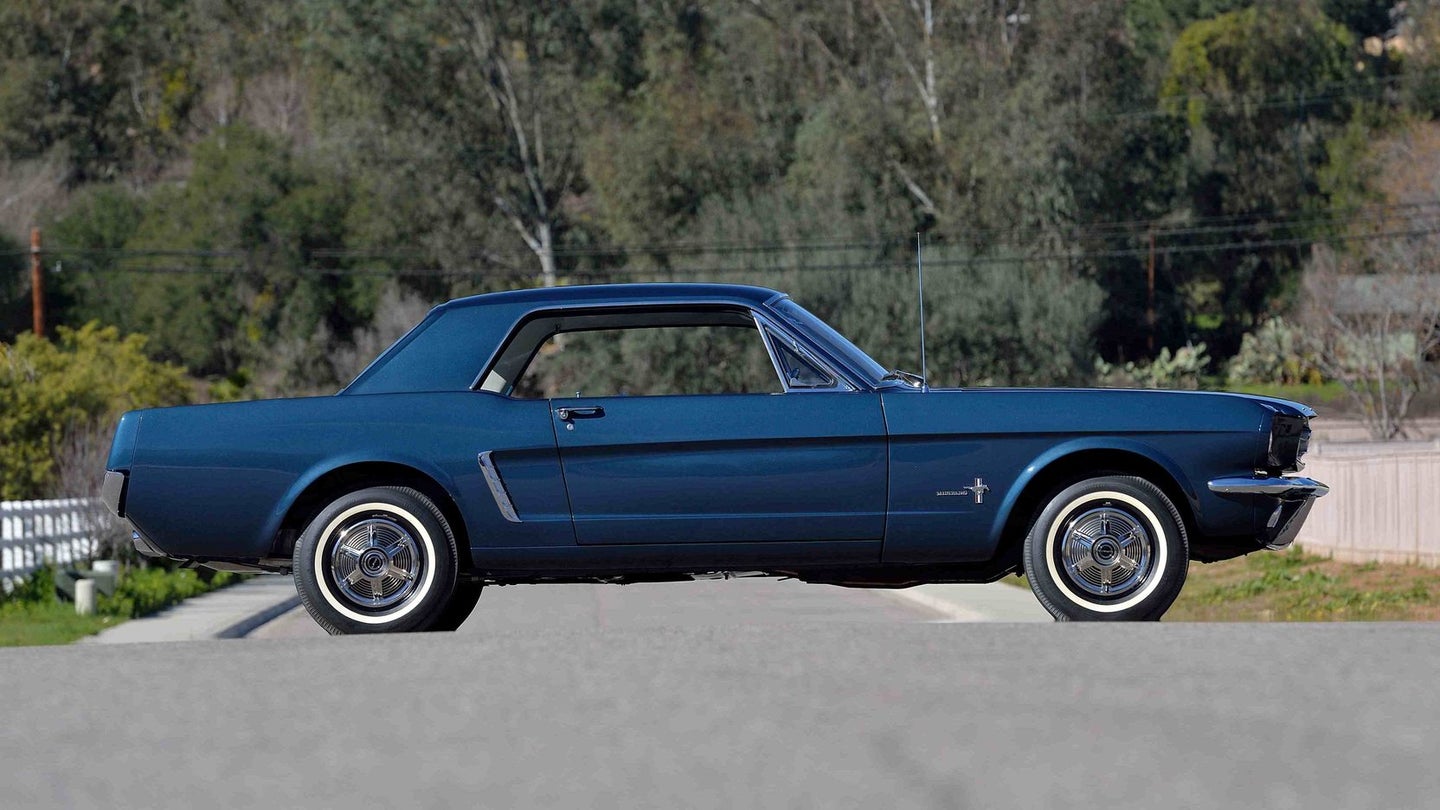 While the very first Ford Mustang convertible is rightfully parked in the Henry Ford museum in Dearborn, Michigan, the first hardtop, Mustang number 00002, is in private hands with 94,000 miles on the clock. It’s the first Mustang to have a VIN and it was cobbled together with a 170 cubic-inch Falcon engine, a three-speed manual Fairlane transmission, and a Ranchero 3.50:1 rear end.

It was first sold up in the Yukon and it’s owned by a guy named Bob Fria. Bob is about to add about a half million dollars to his net worth by selling this Mustang at Mecum in Indianapolis. He acquired the car in 1997 and gave it a thorough restoration that took about two years. It’s easy to see it was carefully restored. It has a dark Caspian Blue paint job, a blue interior, and it looks like it could have been built yesterday. Even if it wasn’t the second Mustang ever built, this would be one valuable pony.

Since it was basically built just to be in showrooms, it doesn’t have a lot of options. It has an AM radio, backup lights, whitewall tires, and not much else. It has a few quirks that set it apart from a normal production Mustang like a straight gear shifter rather than the bent one that came in every other Mustang.

With an expected selling price between $450-650k, it’s likely that this is the most valuable six-cylinder Mustang in the world. If you’re a Mustang fan with that kind of dough burning in your pocket, look for this unassuming piece of history at Mecum on May 20th with lot number S125.