eBay’s restoration project hits the streets of Detroit as part of the car’s road trip across the States. 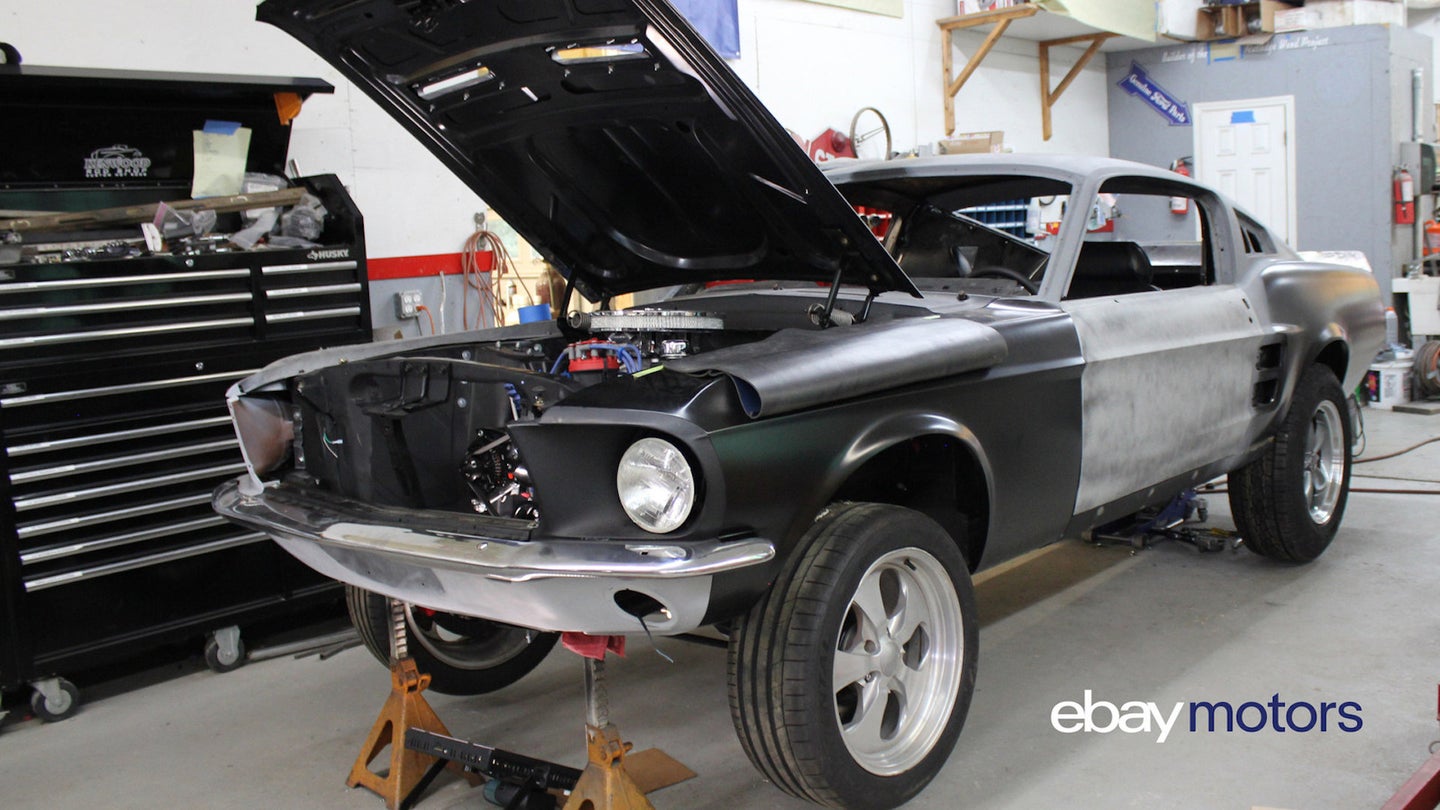 The website usually responsible for hosting amateur sales of project cars has its own restoration project now. eBay Motors is partnering with ex-U.S. Top Gear host Rutledge Wood to restore a 1967 Mustang Fastback. The project is more of a resto-mod and the builders are still deciding on a suitable manual transmission and engine capable of 750 horsepower for the 'Stang. The catch is that all parts used for the project must be sourced from eBay, but Wood says that the Mustang's massive aftermarket makes this a piece of cake.

According to a press release, the eBay Motors Mustang will make an appearance at the Woodward Dream Cruise in Detroit. The team says that the Mustang is nearly halfway done, but it's high time that fans get a close look at the restoration project. eBay Motors is giving restoration enthusiast and paint shop owner K.C. Mathieu the honor of revealing more build progress information for the vehicle. We won't find out exactly what's under the hood of the pony car just yet, but Mathieu promises that we'll see the completed exterior and get wheel/tire information at the venue.

The Mustang Fastback will be on display at the Ford "Driving Skills for Life" booth at Woodward on Saturday. If you can't make it to Detroit this month, fear not; Woodward is just the first stop for the eBay Motors Mustang. The car and its build team will road trip across the United States, stopping at the Goodguys West Coast Nationals on August 25 and SEMA at the end of October.

Believe us, winnowing it down to that number wasn’t easy.