When in doubt, toss an LS engine in there. 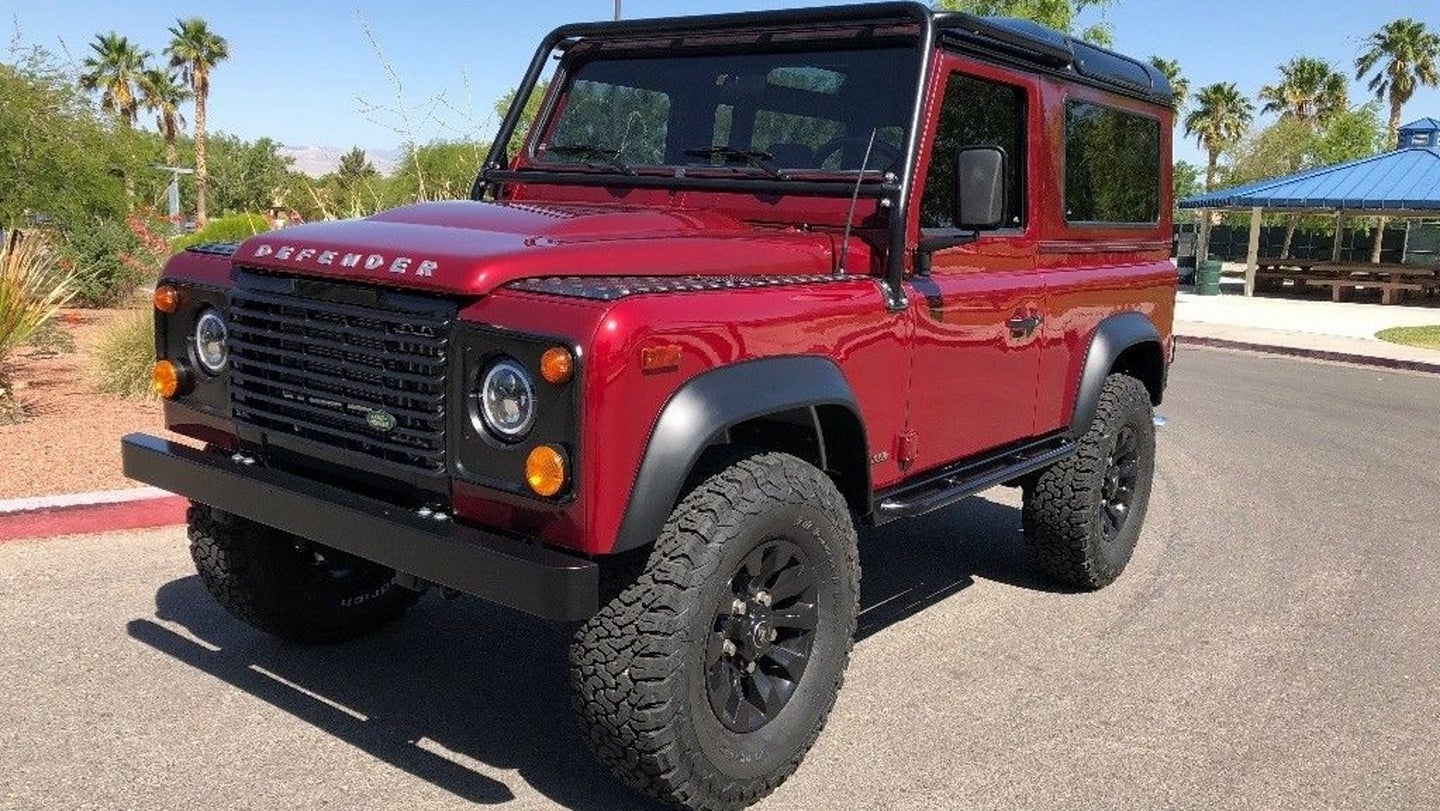 Say you're interested in a classic Land Rover Defender, but you’re worried about its British unreliability. Well you’re in luck, because right now there’s a North American-spec 1995 Defender 90 on eBay with a General Motors LS V8 engine under the hood making 403 horsepower—a big improvement over the stock 3.9-liter Rover V8. The seller says this build was inspired by the 400-hp Land Rover Works 70th Anniversary Defender. And sweet, sweet freedom, apparently.

The LS engine we’re talking about is an L94, which is the 6.2-liter V8 that was used in the Cadillac Escalade from 2010-2013. The similar L92 was used in various other GM SUVs and trucks like the Tahoe, Yukon, Silverado, Sierra, and H2. The power and torque ratings (403 hp and 417 lb-ft) on the eBay listing are the same as a stock 2013 Escalade so it’s presumably a mostly original engine. Its few listed mechanical mods include Hooker exhaust manifolds, a Magnaflow cat back exhaust system, and what appears to be a K&N air intake. The engine is mated to a 6L80 six-speed automatic transmission.

This beautiful Defender has a lot more going for it than just an engine swap. It has new paint; powder-coated seatbox, floor boards, roll cage parts, and bumpers; five new BF Goodrich KO2 tires; a new windshield and Puma hood; and a new Kenwood head unit which, we must say, looks a little out of place.

An engine and interior fire was the impetus behind the build, but the British truck still has a clean title and has passed emissions testing in Clark County, Nevada. As of this writing, this Defender is still waiting for its first starting bid of $85,000 with the auction scheduled to end on Friday.

Land Rover Defenders are ludicrously capable off-road, but this thing would be a great alternative to an original model if you're looking for one that you're not afraid to get dirty. Clean Defenders are getting rarer and more valuable with each passing day, so consider this a less-precious version of a modern classic.

If you're more of a preservationist, we still have good news: those aforementioned 70th Anniversary Defenders with the 5.0-liter, naturally-aspirated V8 can be had straight from the factory in Solihull. You'll have to move to England to get your hands on one, though.