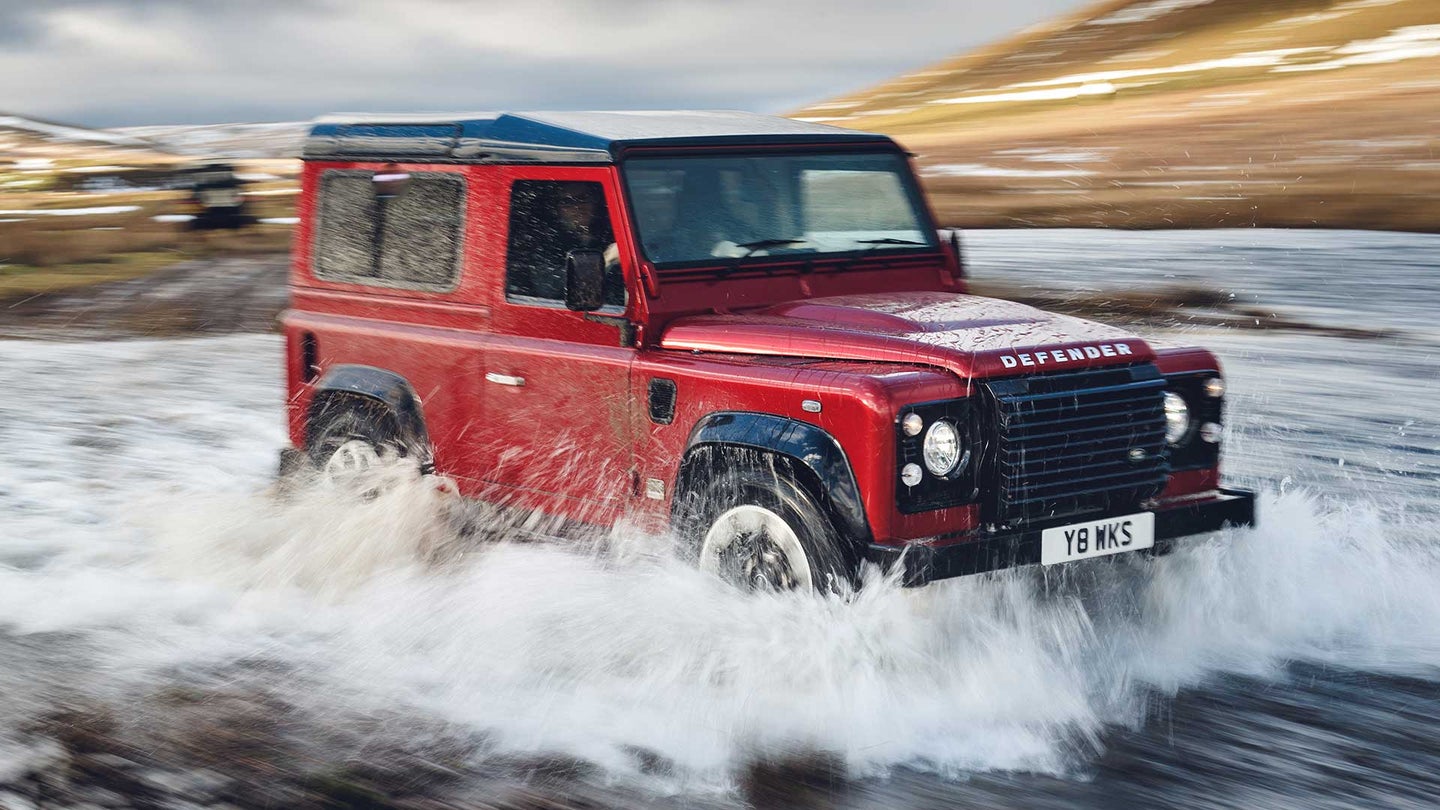 Clearly, Land Rover sees nothing wrong with giving itself a little present for its birthday. To celebrate the fabled British off-road brand's 70th anniversary, Land Rover is whipping up a limited run of the most powerful Defenders ever made by the company itself—ones equipped with a 400-horsepower V8 that can spur the blocky legend from 0 to 60 miles per hour in 5.6 seconds.

These won't technically be "new" Defenders, since JLR formally ceased production of the boxy model back in 2016 and the next-gen version is still a ways away. rather, Land Rover will re-engineer 150 Defender 90s and Defender 110s with a naturally-aspirated 5.0-liter V8 that makes 405 metric horsepower (which is technically 399.3 Imperial ponies, but we'll give them the extra 0.2 it would take to round it up to 400) and 515 Newton-meters (380 pound-feet) of torque. That's a massive increase over the original production versions; North American-market Defenders of the 1990s, for example, only made 182 horsepower from their 3.9-liter V8s.

Full-time four-wheel-drive with low range and front, center, and rear differentials is standard, of course—it's a Defender, damnit—but power to the wheels flows through an eight-speed automatic with a "pistol shifter," which, sadly, does not appear to have been pulled from a '69 Dodge Charger.

All that power makes the Defender Works V8, as it's formally called, the fastest factory Land Rover Defender ever. That's not to say you'll be winning many races against Range Rover Sport SVRs, though; in addition to the aforementioned 5.6-second sprint to 60 (which only applies to the lighter Defender 90 version), the Works V8 model tops out at a blistering to speed of 106 mph. Which, in all honesty, is probably about 16 miles per hour faster than you'd ever want to drive a Defender. That said, JLR has also reworked the suspension and brakes on these revised Landies—they come with new springs, dampers, anti-roll bars, and 13.2-inch calipers up front/11.8-inch calipers out back—so high-speed driving might not be as pants-soilingly terrifying as it would be in an original one.

By this point, if you're anything like us, your keyboard or phone is probably covered in a thin film of drool. Well, we hate to dry up those salivary glands, but even if you have the £150,000 (about $207,000 at current exchange rates) to take one of these monsters home...you won't be able to unless you live in the United Kingdom. Then again, it might be worth forsaking your citizenship for one of these babies.

When price isn’t an option, you might want to take a look at these works of art.