The Two-Door Land Rover Defender 90 is Getting a V8: Report 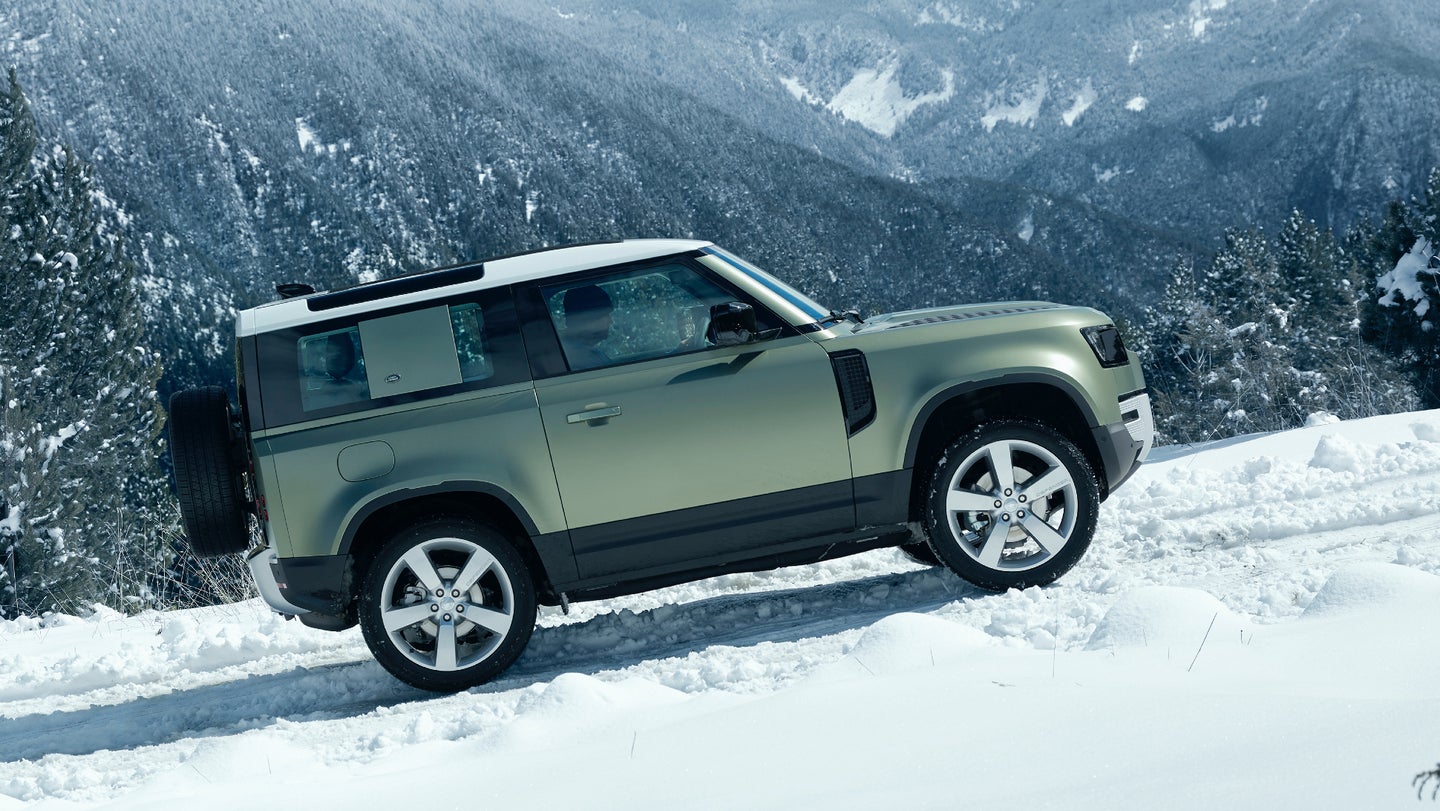 We finally have a new Land Rover Defender in the United States, but it's been missing something near and dear to America's heart: A sufficiently rowdy V8 engine. Those of you who've been waiting patiently since V8 Defender rumors started to surface finally have some scrumptious new meat to gnaw on: Motor Trend reports that a V8 is heading to the short-wheelbase, two-door Land Rover Defender 90.

According to Motor Trend, the V8 engine going into the Defender 90 will come in two different tunes: One to serve as the top-of-the-regular-range Defender 90, and a more powerful version in an SVR-badged Defender 90.

As previously reported, there's a good chance that Land Rover will source this V8 from BMW. Jaguar Land Rover has a 5.0-liter V8 that's been around for a while in everything from the supercharged, 592-hp Jaguar XE SV Project 8 to various trims of the Range Rover, but tightening emissions regulations could force that V8 into retirement soon. As Motor Trend also notes, tighter budgets at the relatively small manufacturer means that sourcing a V8 from another company would make more sense than developing one themselves.

(Psst, Ford: This and the Jeep Wrangler Rubicon 392 are your cues to shoehorn a V8 in the Bronco.)

Motor Trend also shared a couple other interesting reports of what could be coming to the Defender lineup soon. A larger Defender 130 is expected to go onto the same wheelbase as the existing four-door, 119-inch-wheelbase Defender 110. The Defender 130 will have a third row with seating for eight plus more cargo room, but the shared wheelbase with the 110 means that it won't need to reinvent items like the wiring harness or driveshaft layout. Resourceful!

Also in "small company being resourceful" news, Motor Trend reports that a diesel version of the inline-six Ingenium engine is coming, but don't expect us to get that delightfully torquey special over here. In its place, the report says we'll get the sweet 398-hp plug-in hybrid Defender P400e to come to the U.S. in 2022. Fingers crossed!