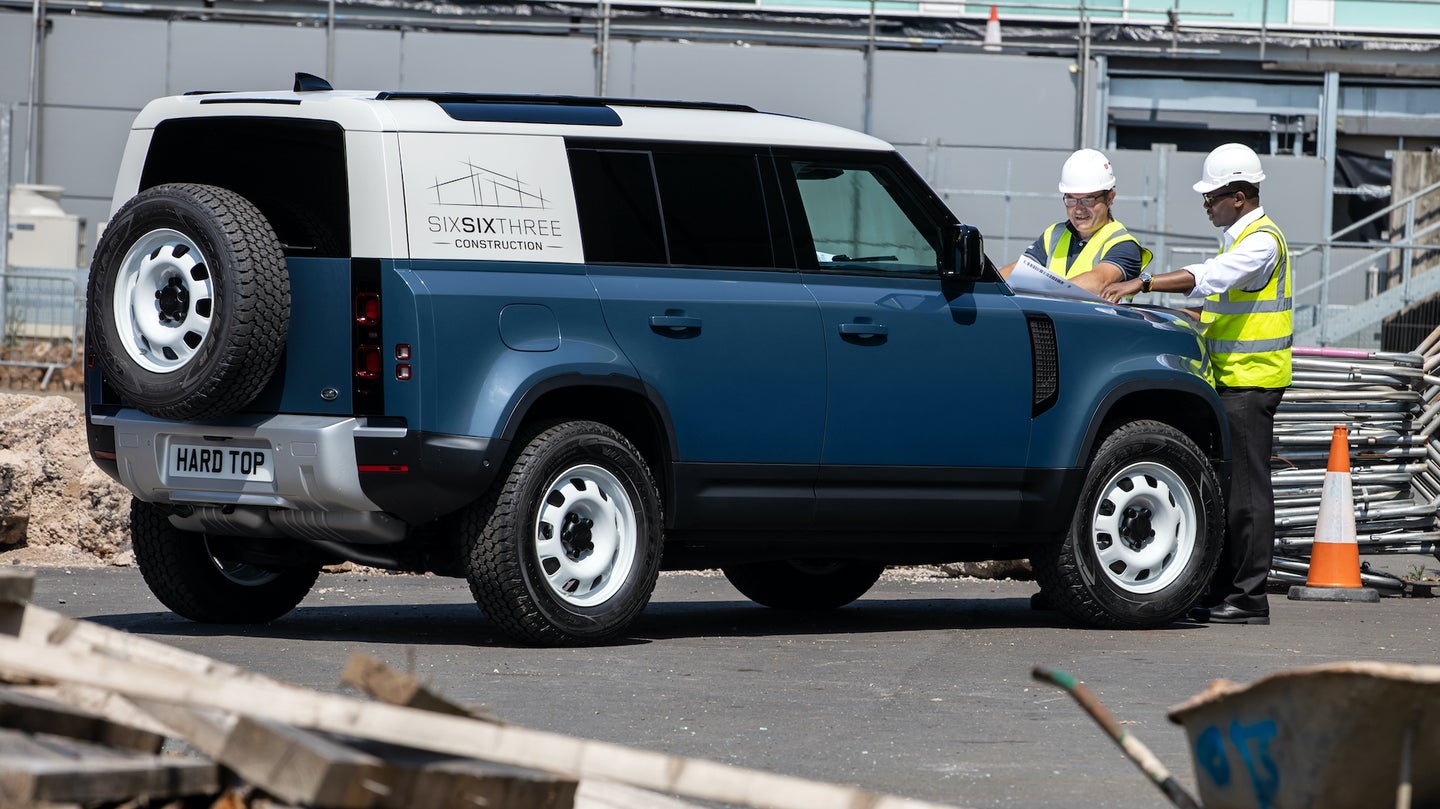 When it comes to shopping for a commercial vehicle, be it a work truck or van, one of the business owners' chief considerations is reliability. If the company vehicle doesn't start, or constantly breaks down, it could mean a lost day of work—or worse—a missed contract. Yet despite its regular appearances at the bottom of reliability surveys with its other SUVs, Land Rover is rolling out a commercial version of its all-new Defender SUV, specifically one called the Hard Top. All we can say is, it looks cool and good luck!

Land Rover calls its the worksite-oriented Defender in honor of the official hard top accessory available for the original series of Land Rovers. The modern off-roader gets prepped for work by shedding the Defender's extra rows of seats, which means that it only sits two as standard. It can accommodate a third occupant in an optional, center-mounted jump seat, though there are sadly no available photos of this quaint seating arrangement.

Land Rover insists that its steelie-equipped Defender makes a capable all-terrain commercial model due to its combination of steep approach and departure angles, tall ride height, and four-wheel drive, which one imagines are right for glamping excursions, mining expeditions, facility maintenance in remote locations, etc. Hard Tops also tout a roughly 7,700-pound towing capacity, though that only puts them in the same neighborhood as a 2020 Ford Ranger with the Trailer Tow Package.

And while a tow package-equipped Ranger starts at $26,745, Land Rover anticipates that the Defender Hard Top will start somewhere around the USD equivalent of $43,600. Land Rover hasn't yet indicated that it will sell the Defender Hard Top in the United States, and given that the new Ford F-150 will go on sale around the same time—not to mention trounce it for job site utility at a lower price—one imagines Land Rover will most likely stay in its side of the pond.