If you were begging for the off-roader's return—it's time to buy one now. 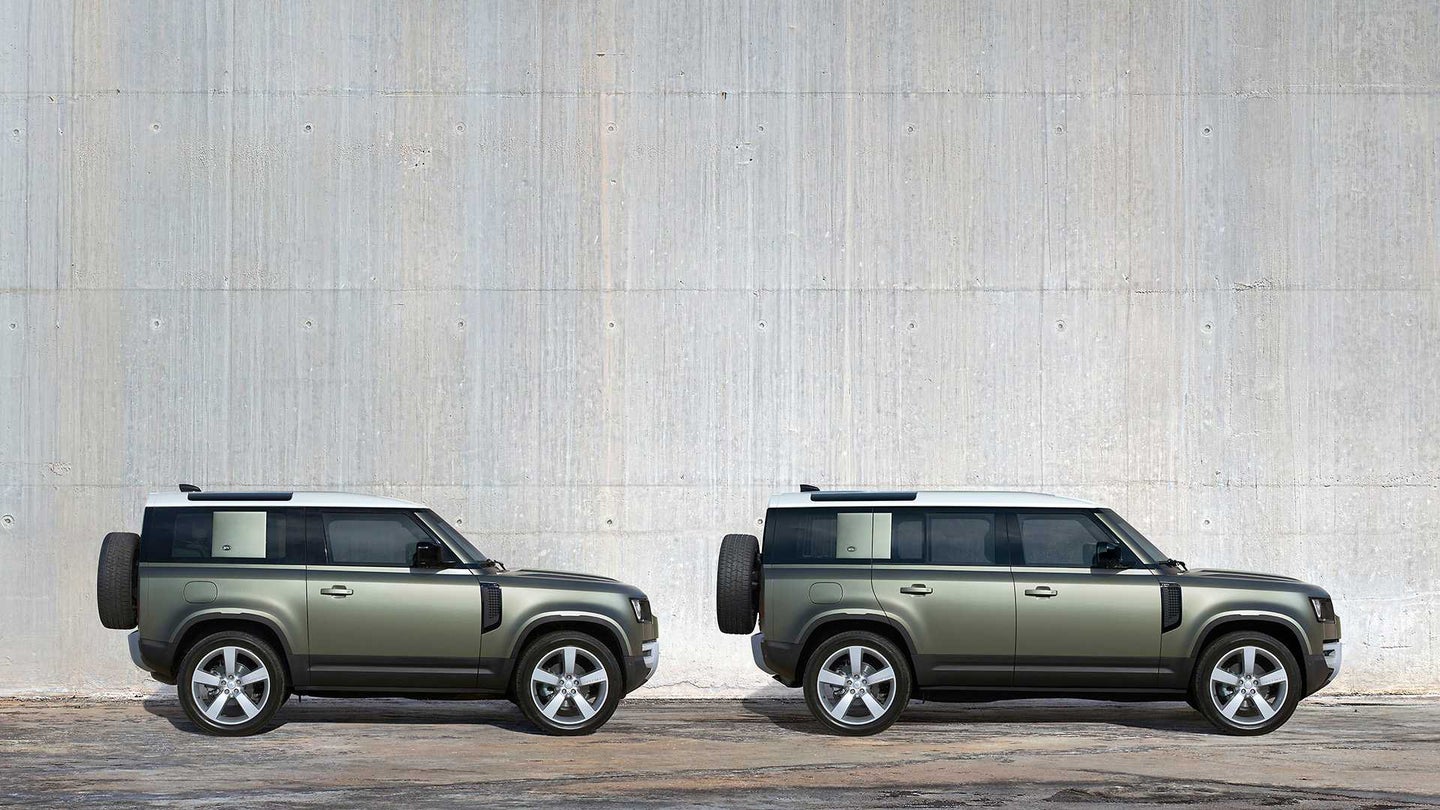 Off-road fanboys in the United States are now officially able to order a new Land Rover Defender for the first time in 23 years. It's far from the bare-bones truck we last saw, of course, as the 2020 model features tech like over-the-air software updates—and touchscreens, lots of touchscreens. Still, it's a rugged, full-time four-wheel-drive rig that's built for whatever you throw at it. Now, shipments are officially arriving at dealerships across the country.

Folks who ordered their Defenders early on are now starting to get the keys to their beloved off-roaders. More importantly, those in the market for one can finally get up-close and personal with the Brit and find out what's it's all about. Pricing for the all-new Defender 110 starts at $49,900.

Yes, that's only a few grand more than the hundreds that fill online for-sale ads, most of which have 100,000 miles or more on their odometer. For that, you get a four-wheeler that's built on Land Rover's new D7x platform, which is comprised completely of aluminum and said to be three times stronger than traditional body-on-frame architecture.

Indeed, it's a different world now than when Land Rover hosted the Defender press launch in Namibia a few months back.

The new Defender retains its immediately identifiable boxy silhouette, with a 38-degree approach angle and a 40-degree departure angle. A two-speed transfer box is standard, as you'd expect, complementing permanent four-wheel-drive and independent suspension at all four corners. Additionally, it can wade up to 35.4 inches of water, showing that Land Rover remembers the Camel Trophy days very well. There's even a Wade Sensing function that remaps throttle response, adjusts the HVAC system to use recirculating air, and “locks the driveline and adjusts the ride height to its off-road setting."

A turbocharged, 296-horsepower four-cylinder is standard equipment with the option of upgrading to a mild-hybrid inline-six that's also boosted. Spring for the electrified sixer and you'll get 395 horsepower along with 406 pound-feet of torque. Both engines are paired exclusively to a ZF-sourced eight-speed transmission.

You can spec your Defender with any of four accessory packs meant to fit different lifestyles: Explorer, Adventure, Country and Urban. Regardless of which doo-dads tickle your fancy—there are 170 individual accessories available—know that it'll at least pack Apple Car Play and Android Auto as standard. There's also a 10-inch display running a new Pivi Pro infotainment system, another feature that brings the Defender into the 21st century.