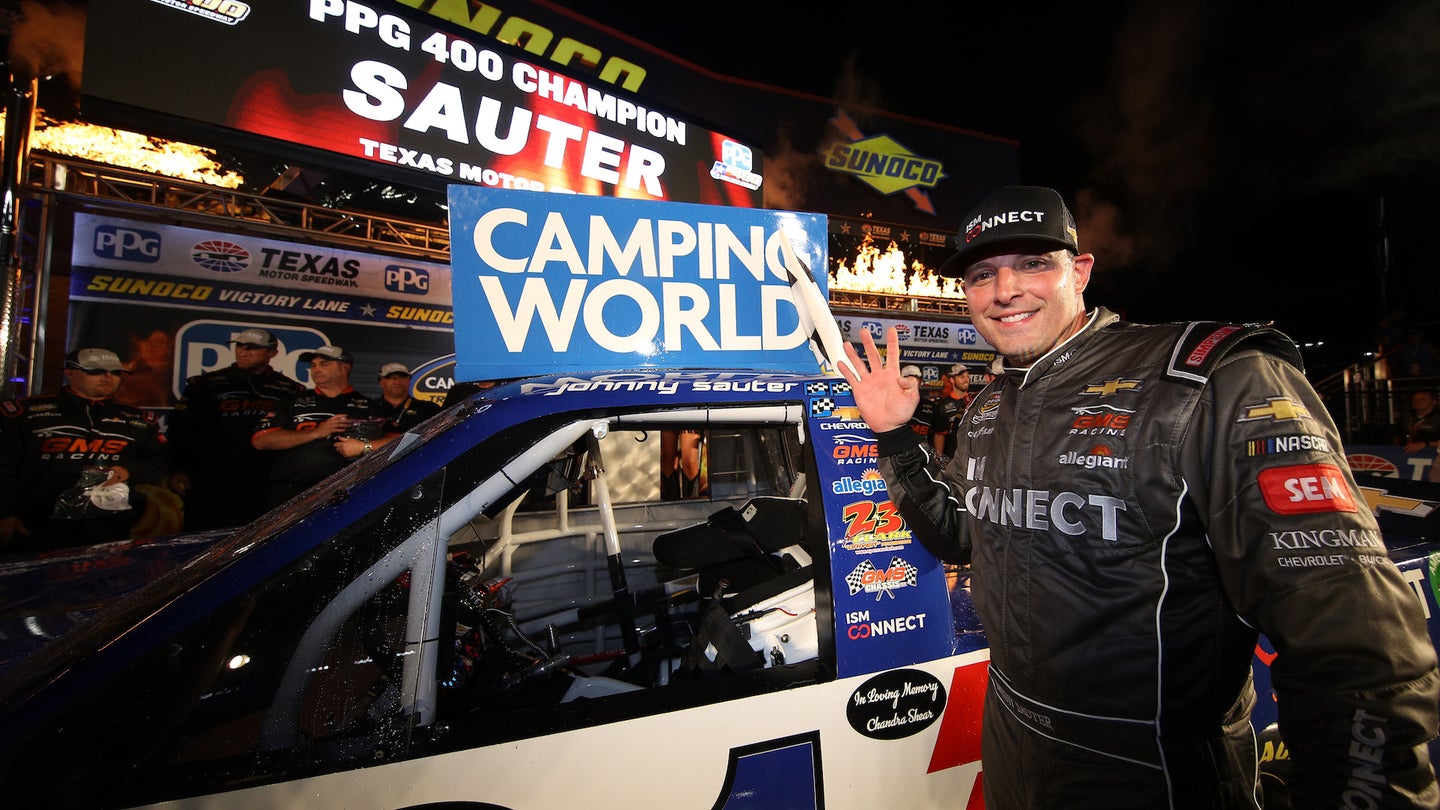 Johnny Sauter didn’t take his first lead until lap 117 of the 167-lap 2018 PPG 400 NASCAR Camping World Truck Series race at Texas Motor Speedway in Fort Worth. But after he took the top spot, he stayed there, leading the final 51 laps on the way to his fourth win of the season, eight races in, and his second-consecutive. His latest W was also his fifth victory at TMS, the most of any active driver, and the second-straight at Texas as he also won at the track last November. Former Truck Series driver Todd Bodine holds the Texas record with six victories.

“We made great adjustments and played the track position game,” Sauter said. “That‘s where the speed is at, getting in clean air. This has been a dream start and proud to get this win. I‘m speechless; don‘t know what to say anymore. Five wins at Texas, it‘s awesome.”

After a final restart with two laps remaining, pole sitter Stewart Friesen challenged the eventual race winner for a first-career victory but fell 0.092 seconds short, and instead, claimed his second-career runner-up finish.

“He was hungry for his first win,” Sauter said of Friesen. “I got a good launch and that‘s all it took. Justin Haley helped push me along. Going into Turn 3 on the last lap I ran out of fuel, but then it fired up.”

Including the two cautions that divided the race distance into its three stages of 40, 40, and 87 laps, the yellow flag waved nine times—three times in the final 87-lap stretch. Yellow flags near the close of each of the first two 40-lap stages resulted in varying pit strategies with at least a handful of drivers staying out, looking to collect points at the end of each of stage.

Gilliland finished the race just outside the top-five in sixth after leading a race-high 62 laps.

Aside from Sauter and Friesen, other top-five finishers included Justin Haley in third, Enfinger fourth, and Matt Crafton in fifth.

It’s all about speed at Michigan International Speedway, but will the pole-sitter Kurt Busch win the FireKeepers Casino 400?