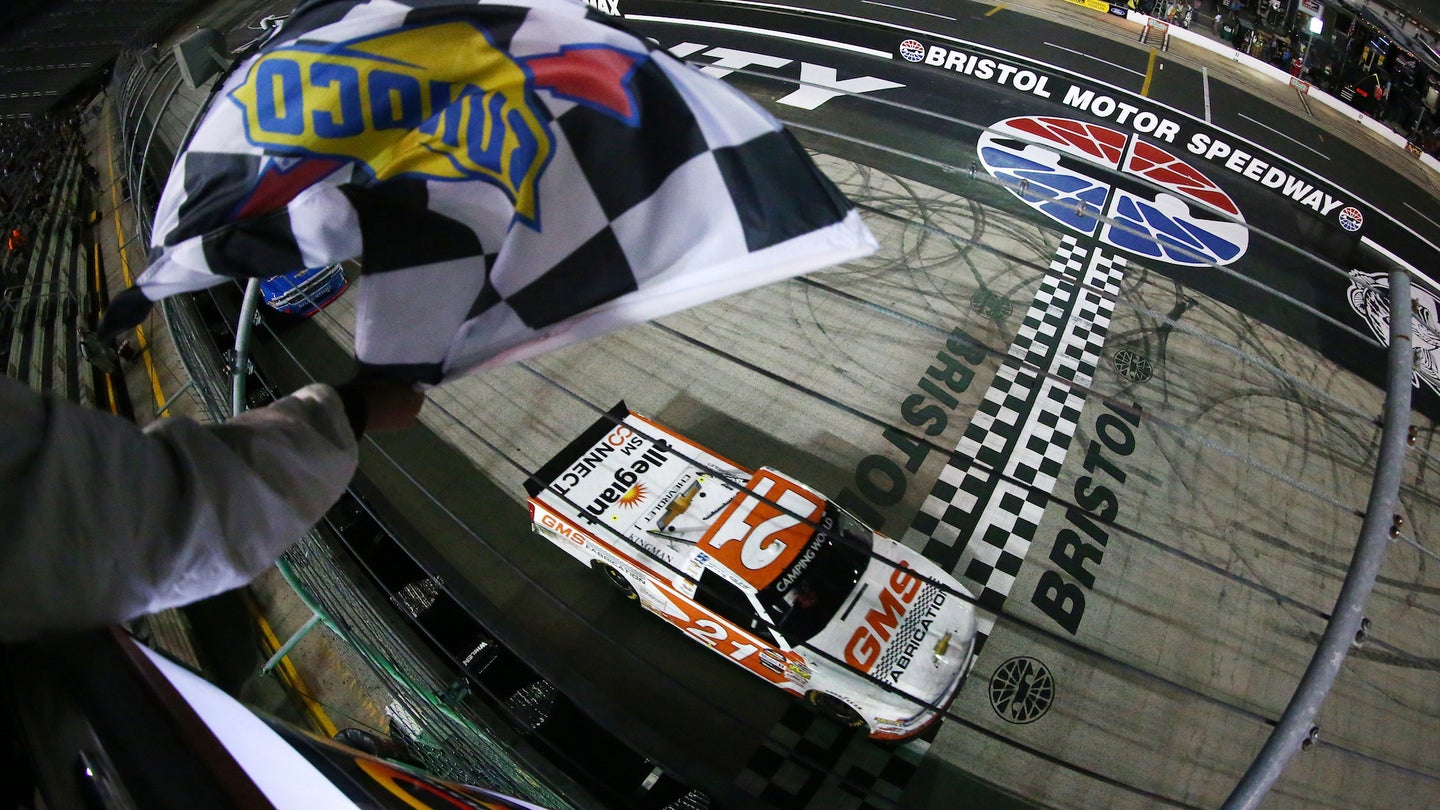 Johnny Sauter capped off the 2018 NASCAR Camping World Truck Series regular season with a win Thursday night in the UNOH 200 at Bristol Motor Speedway in Tennessee. The win was Sauter’s first at Bristol but his fifth overall of 2018 and garnered him the honor of regular-season champion.

“I‘m so proud of this team,” Sauter said. “I knew we had a great truck today. What a way to cap off the regular season with a win. I had to race really hard with the 52 [Stewart Friesen] there for a while, which was exciting.”

Stewart Friesen finished second to Sauter. It was his third second-place finish of the season and the fourth-career runner-up showing for the driver still looking for his first-career win in the Truck Series.

“That was probably the most fun I‘ve had all year,” Friesen said. “Bumping and grinding, and no better guys to race with than John Hunter [Nemechek]  and Johnny. We‘ll take it and move on.”

John Hunter Nemechek finished third after leading 104 of the 200 laps that made up the race. He also won both of the 55-lap stages. After Christopher Bell started on the pole and led the first 31 laps, Nemechek began to dominate the race with his first lead on a Lap 32 restart.

Nemechek didn’t pit along with most of his fellow competitors between the first two stages, waiting instead until the end of Stage 2. Sauter got out of the pits first after the second stage, while Nemechek came off fourth. Noah Gragson took the lead from Sauter on the restart, but on Lap 131, Sauter was back up front and Nemechek in second.

Nemechek led again for a few laps late in the race before Sauter took his final lead on Lap 196, and Friesen also got by Nemechek for second.