One-tenth of a second separated the top four finishers in FP3. 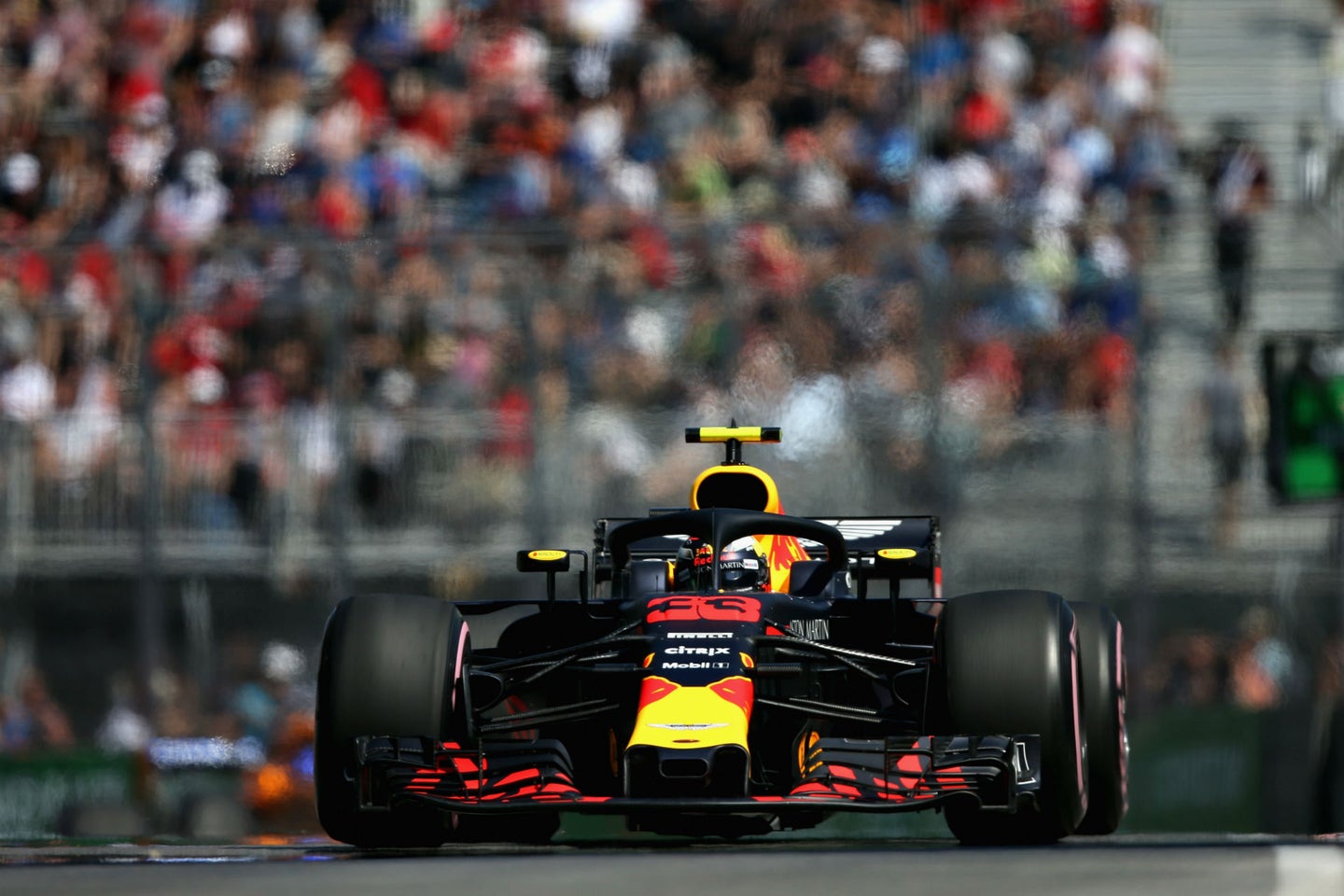 Max Verstappen entered the Canadian Grand Prix weekend with a vendetta after a tough round at Monaco in May. At last month's race around the principality, the 20-year-old Dutchman was forced to start from the back of the field after an incident in FP3 which eventually resulted in him narrowly squeezing into the points. Now, with a primed car and competition-ready attitude, Verstappen has swept every round of practice leading up to Saturday afternoon's qualifying session at Circuit Gilles Villeneuve.

With an upgraded Renault power unit, Max and his RB14 racer have consistently outpaced Ferrari and Mercedes with both Sebastian Vettel and Lewis Hamilton contesting him for the top spot. In the third practice run, Verstappen managed a best time of 1:11.599, which was 0.049 seconds ahead of Vettel. One-tenth of a second separated the top four drivers including Ferrari's Kimi Raikkonen and current points-leader Hamilton.

Red Bull's Daniel Ricciardo fell to fifth during the a.m. session with a fastest lap of 1:12.153 while Mercedes' Valtteri Bottas filled in the P6 slot.