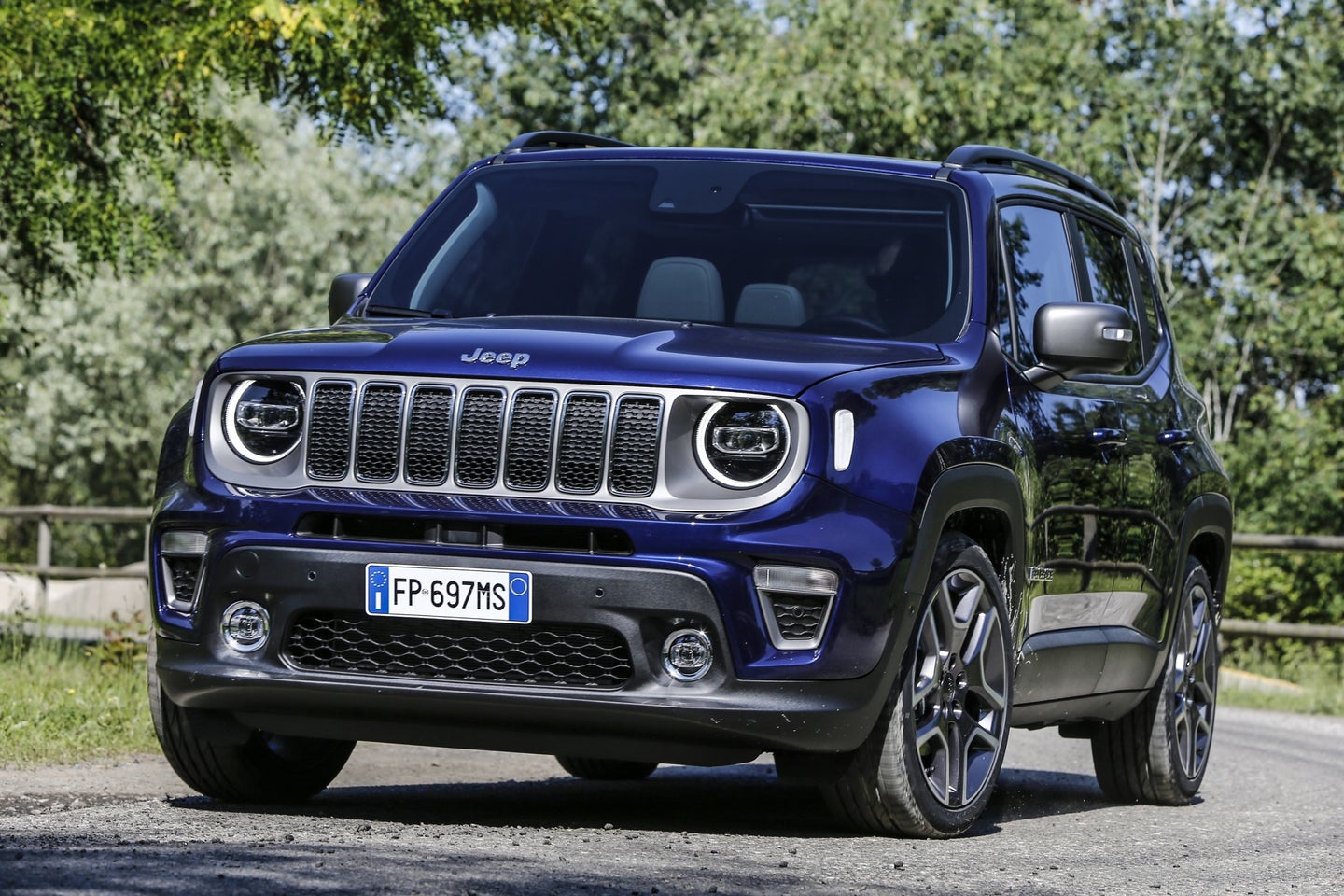 The popular off-roading brand, Jeep, has revealed the new 2019 Renegade at the Torino Motor Show in Europe. The latest iteration of the compact crossover features revamped styling and new powertrains.

The Torino Motor Show, held at the Valentino Park, was chosen to debut the 2019 B-segment SUV, one that combines off-road capabilities with compact dimensions and styling designed for an urban lifestyle.

As observed from the latest pictures, the front fascia has been revised with modifications to the grill, the headlamps—which now look a lot like LED luminaires offered on the new JL Wrangler—and the lower apron, where the body-color panels extend further down. The fog lamps have also been relocated closer to the center. At the rear, changes are characterized by the revised tail lamps. As mentioned in our earlier report, the black plastic bezel has been replaced by dark-tinted surrounds and the reverse light is now a square at the center instead of the whole 'X' motif. The other change is the exhaust tip, which is now of a trapezoidal shape with a metallic finish.

Although Jeep hasn’t supplied any interior pictures, it revealed that the center console has also been given a refresh as well as other various interior bits. The infotainment screen has grown in size and some of the switchgear have been modified.

Powertrain wise, the revamped compact crossover will be offered with a newly-developed three-cylinder 1.0-liter engine churning 120 horsepower. An engine with a larger displacement will also be offered in the form of a 1.3-litre 4-cylinder in two states of tune, one with 150 hp and the other with as much as 180 hp. Details about diesel and hybrid powertrains have not yet been announced.

The U.S. model is expected to closely resemble this European model both on the skin, in the cabin, and under the hood. Jeep is holding back on a full disclosure till later this month, when we will learn more about the mid-cycle refresh.