New three and four-cylinder gasoline engines are set to join the powertrain lineup. 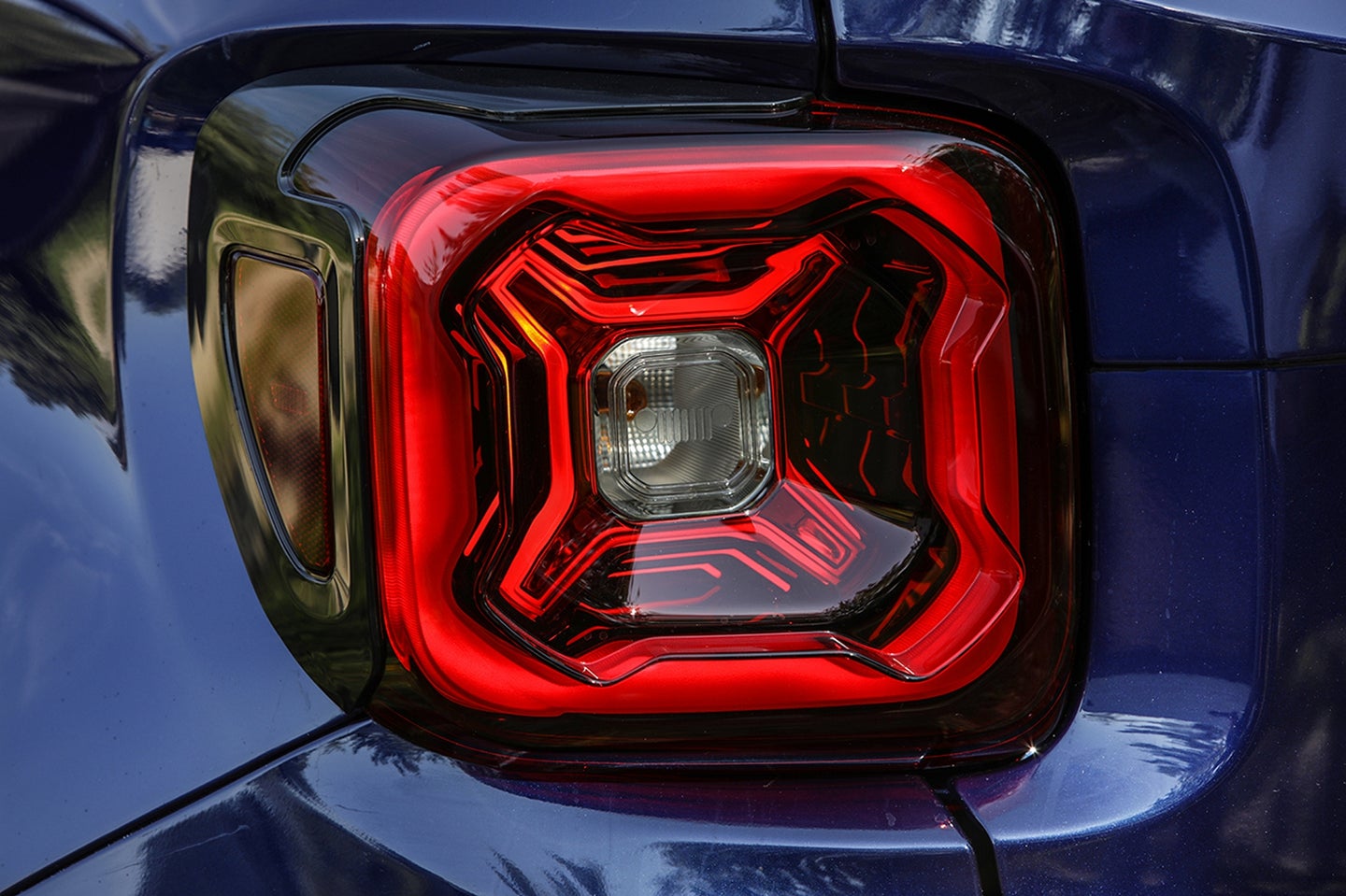 After numerous accounts of spying prototypes of the 2019 Jeep Renegade were reported, the brand will finally take the covers off the newly-revised crossover SUV on the grounds of Valentino Park on day one of the Torino Motor Show in Europe. And before its big reveal on June 6, Jeep shared a few details and the first official visual of the vehicle in the form of the new taillight design to keep the anticipation on a high.

The revised taillight is rather similar to that on the current model. However, in its new form, a dark tinted red plastic surround with slight extensions of the central “X” motif has replaced the opaque black bezel. Also, the reverse light is a no longer the whole “X”—it is now a white square at the center of the luminaire.

The 2019 Renegade will be powered by a new family of three and four-cylinder gasoline engines. The base engine will be a 1.0-liter churning out 120 horsepower. There will also be a more powerful 1.3-liter motor available in two states of tune, one delivering 150 hp and the other 180hp. Overall improvements in performance and efficiency figures are expected. There is no word on diesel or hybrid models yet, and the same goes for the powertrains that will make it to North American shores.

All other details of the upcoming Jeep Renegade revision will be conveyed to the public sometime in mid-June.

The Giulia coupe will be awesome, but it’s the large SUV that will secure Alfa Romeo’s future in the U.S.