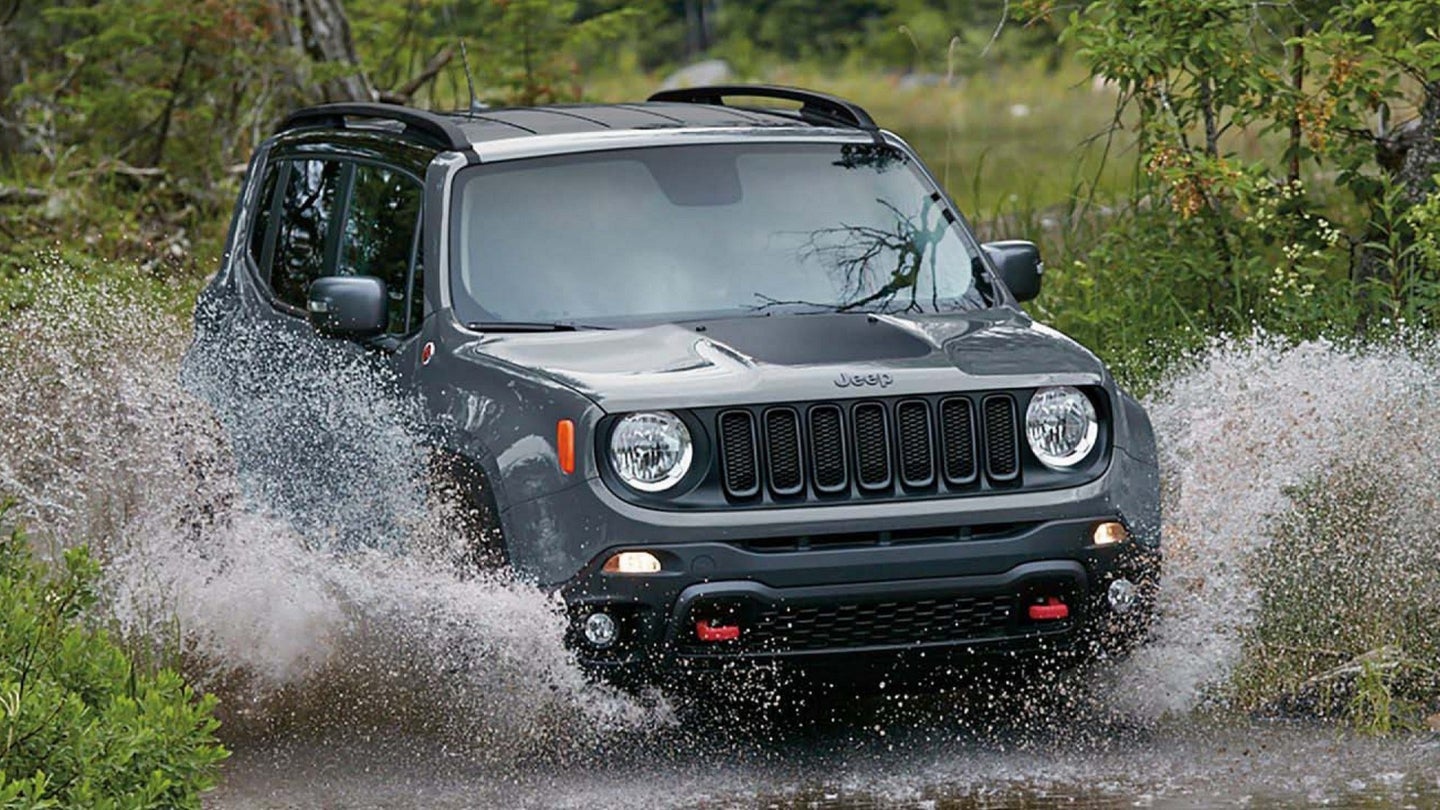 A new rumor has surfaced based on spy shots captured by KGP Photography and published by Autoblog suggesting that a hybrid variant of the Jeep Renegade subcompact SUV might be in the works due to an electric shock warning sign in the windshield.

The car pictured is not just any Renegade, but the off-road-ready Renegade Trailhawk. Mysteriously, the Renegade in the spy shots wears Trailhawk badges but is missing a few Trailhawk styling cues like red tow hooks in the front and a stripe on the hood.

It’s unlikely that it’s a fully-electric vehicle, but a hybrid variant sounds realistic. Jeep’s corporate cousin Chrysler has a PHEV version of the Pacifica minivan and the new Jeep JL Wrangler is promising a plug-in hybrid variant in 2020. Perhaps the little Renegade is next in line.

What seems more likely is a mild hybrid like the four-cylinder JL Wrangler which comes with a 48-volt electrical system to give the SUV a mild boost to save some gas. It could also be a more traditional kind of hybrid with an Atkinson cycle engine accompanied with electric motors like a Prius.

We reached out to Jeep asking about this rumor and Jeep declined to comment. A hybrid Renegade would be a welcome addition to the Jeep lineup. The subcompact crossover segment is getting pretty crowded and a hybrid option would be a good way to make the Renegade stand out on top of its rugged, yet cute character and the legitimate off-road capability of the Trailhawk.