Does this finally mean the Discovery Sport can sit at the big kids' table? 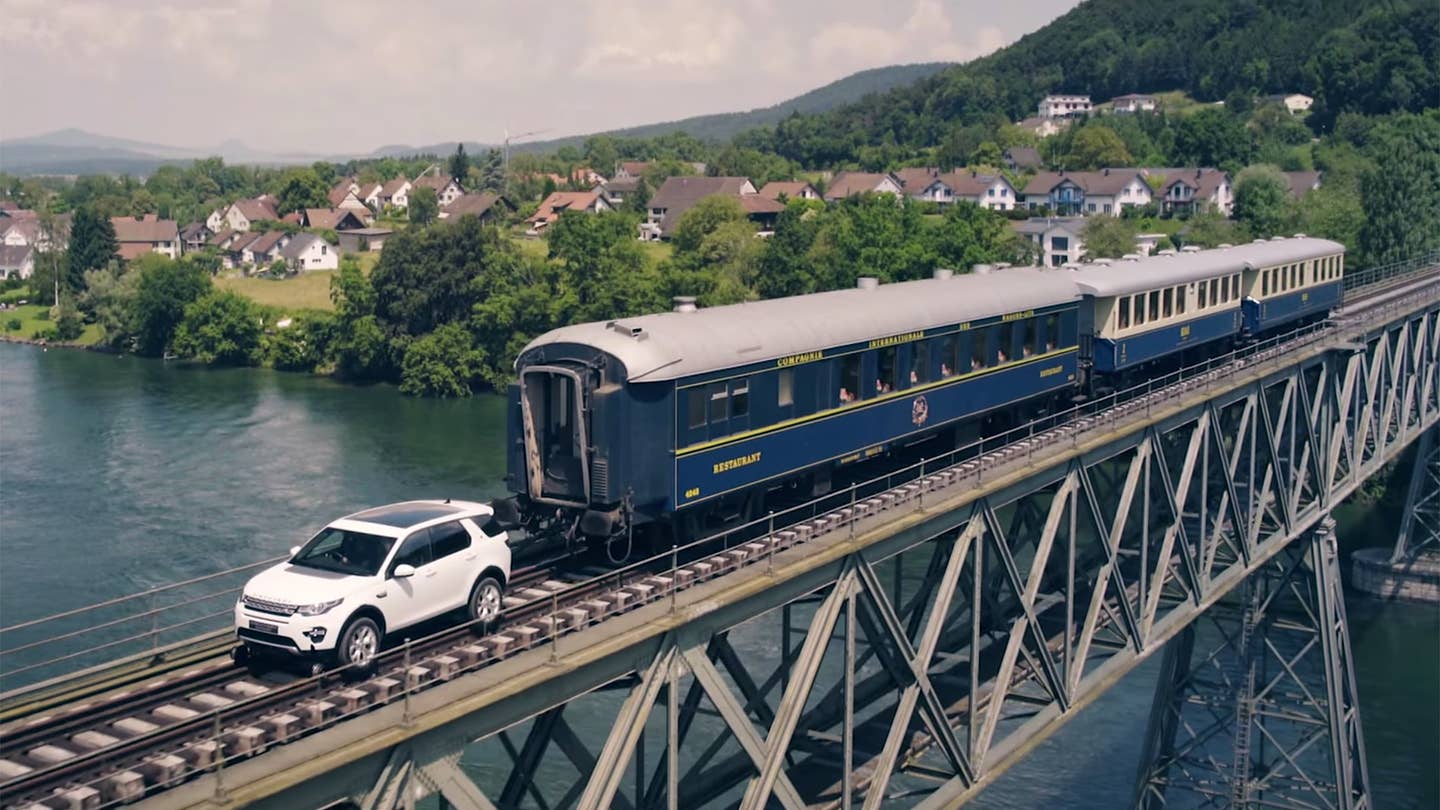 Hey, haters: Does this video of a Land Rover Discovery Sport pulling a 200,000-pound train over a Swiss trestle prove the trucklet has what it takes to be a real Landie?

See, Land Rovers have nothing if not swagger. The big daddy Range Rover is a hip-hop icon. The Defender is a master of the Sahara. The Discovery-slash-LR4? Rocking the suburbs. Even the diminutive Range Rover Evoque has a jewel-like sparkle that belies its urban-friendly footprint.

Then...there’s the Discovery Sport. Automakers industry-wide often have trouble imbuing entry-level models with the panache of the rest of their fleets. (See: Mercedes-Benz CLA-Class.) So Land Rover sells the Discovery Sport primarily on price, economy and versatility—not swagger. As such, it hasn't developed the reputation for toughness that its larger, tougher siblings have.

But like The Little Engine That Could, the baby Disco is capable of summoning the needed chutzpah to pull a heavy train. Modified only with a set of stabilizing casters, the diesel-powered Discovery Sport pulled a train 60 times its own weight along six miles of track through Switzerland’s densely-forested Rhine region. (It's kind of a family tradition.) The ultimate stunt came when the Land Rover towed the three cars over the Hemishofen bridge, which spans almost 1000 feet across an 85-foot drop.

According to Land Rover Managing Director James Platt, the small SUV “generated more pull than our road-rail Defender, which is remarkable.” The grandson has surpassed the grandfather...at least in a unique ultra-low rolling resistance towing environment. Welcome to the family, Disco Sport.