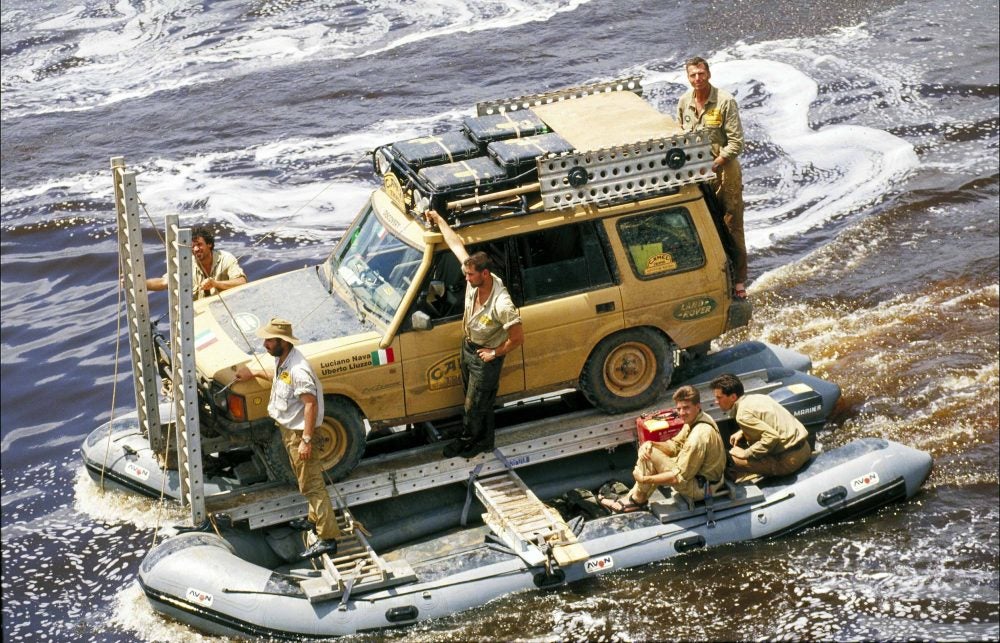 You can't talk about the Camel Trophy without mentioning classic Land Rovers. The brawny off-roaders helped to popularize the series with their instantly recognizable looks and gritty 4x4 attitude, showing their capabilities in some of the toughest terrain on the planet. Heroic footage has been shot of them climbing through deep mud in the jungle and traveling through dunes in the desert, deepening the world's love for them with every clip. So this 90-minute film that documents the Brits and their iconic expeditions in what was one of the coolest off-road series is a must-see for any Land Rover fan.

Fitted with loads of gear and heavy duty equipment, these Land Rovers traveled through trails like the Trans-Amazonian Highway to show off their crews' adventurous attitude. An array of Defenders, Discoveries, and Range Rovers were tested in the series, which spanned from 1980 to 2000, providing plenty of entertainment for viewers.

Although the Land Rovers were modestly upgraded, they retained a factory chassis, which played a major role in helping them to be so successful. Some suspension modifications were performed, along with fluid coolers and winches, but the Rovers were mostly original underneath. This was excellent PR for Land Rover, helping them achieve a marketing level that few others could reach and making them synonymous with off-roading.

After the conclusion of the Camel Trophy series, Land Rover continued to go on to build rugged, durable vehicles. The cancellation of the 1999 event brought about a statement from the Rover Group Marketing Director, Martin Runnacles:

"We have enjoyed a unique relationship with the Camel Trophy event over almost two decades and it has played a major role in sustaining the image of Land Rover as the manufacturer of the best 4x4's in the world. However, with the changing character of the event it will no longer provide us with an active demonstration of Land Rover's brand essence—limitless capability. We wish Camel Trophy every success with their new format. As for Land Rover, future activities will concentrate on our customer base with the emphasis very much on rugged off-road adventure."

Watch here and remember why this event was always a must-watch for nearly 20 years.

The Land Rover Defender 110 may be extinct.

It seems that Gerry McGovern, Land Rover’s design director, has a beef with the people messing with his vehicles.