A careless moment by the movie crew or strategic product placement? 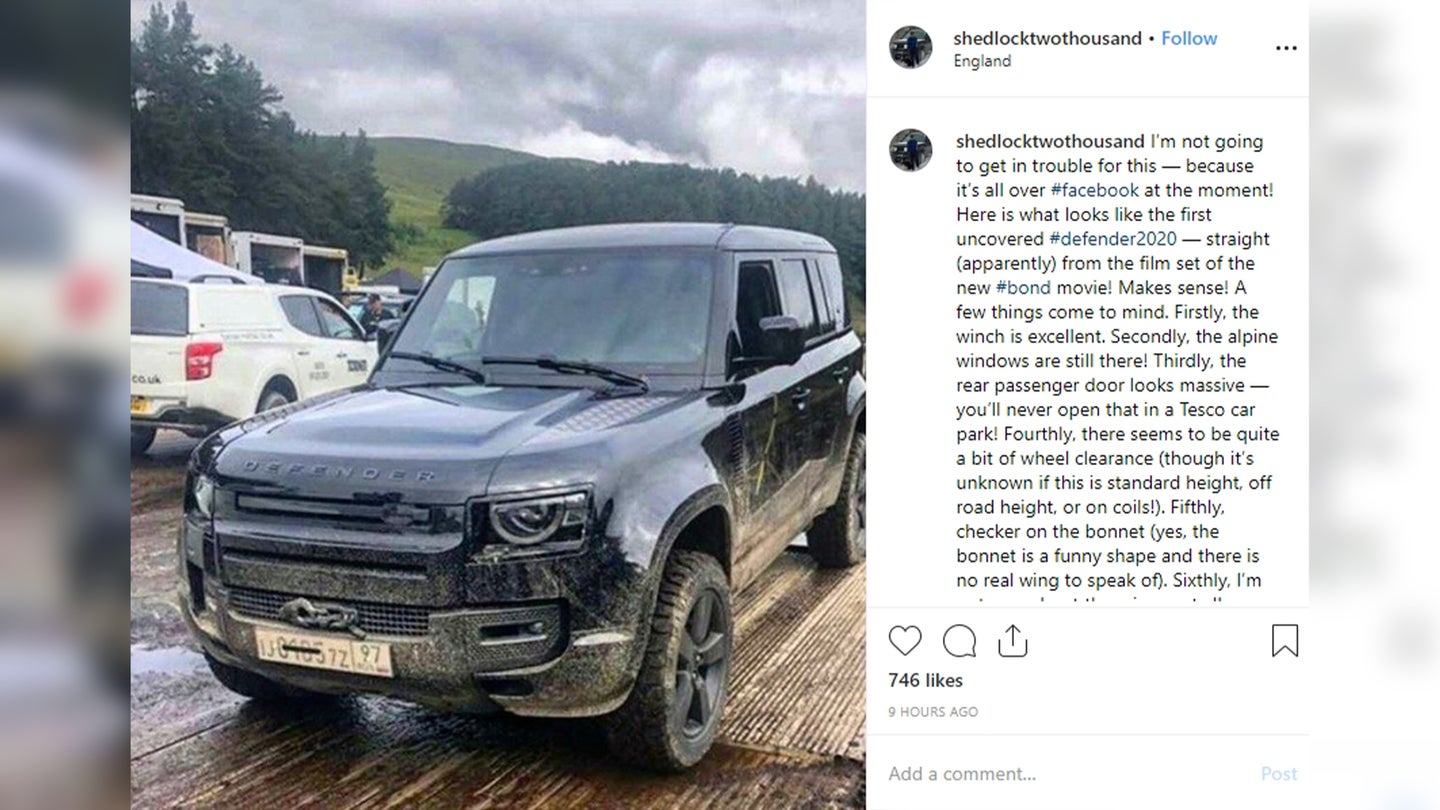 By now we all know that the new 2020 Land Rover Defender is in the making—but thanks to a new photo uploaded to Instagram, we're getting our best look yet at the new British off-roader free of camo.

According to Instagrammer shedlocktwothousand, the production-ready Defender was spotted on the film set of the new James Bond 007 movie. We’ve previously spotted some concept builds of the new Defender, official camoed prototypes from Land Rover, and even a hint of it in the form of a Lego model—but nothing as good as this.

“I’m not going to get in trouble for this – because it’s all over #facebook (sic) at the moment! Here is what looks like the first uncovered #defender2020 – straight (apparently) from the film set of the new #bond movie! Makes sense,” wrote shedlocktwothousand or Steven Firth in the photo’s caption.

Firth also goes into detail sharing his thoughts on the new Defender, including the integrated winch, the large “alpine windows"—a signature Land Rover design trait that gives them outstanding outward visibility—and a large rear passenger door. He also notes the Defender’s epic wheel axle clearance, but doesn’t know if it’s because the movie car is modified, or the air suspension is fully articulated in “off-road” height. And he’s a bit uneasy about the side-view mirrors, which are probably shaped for the best visibility to aid with towing and navigating obstacles on roads less traveled.