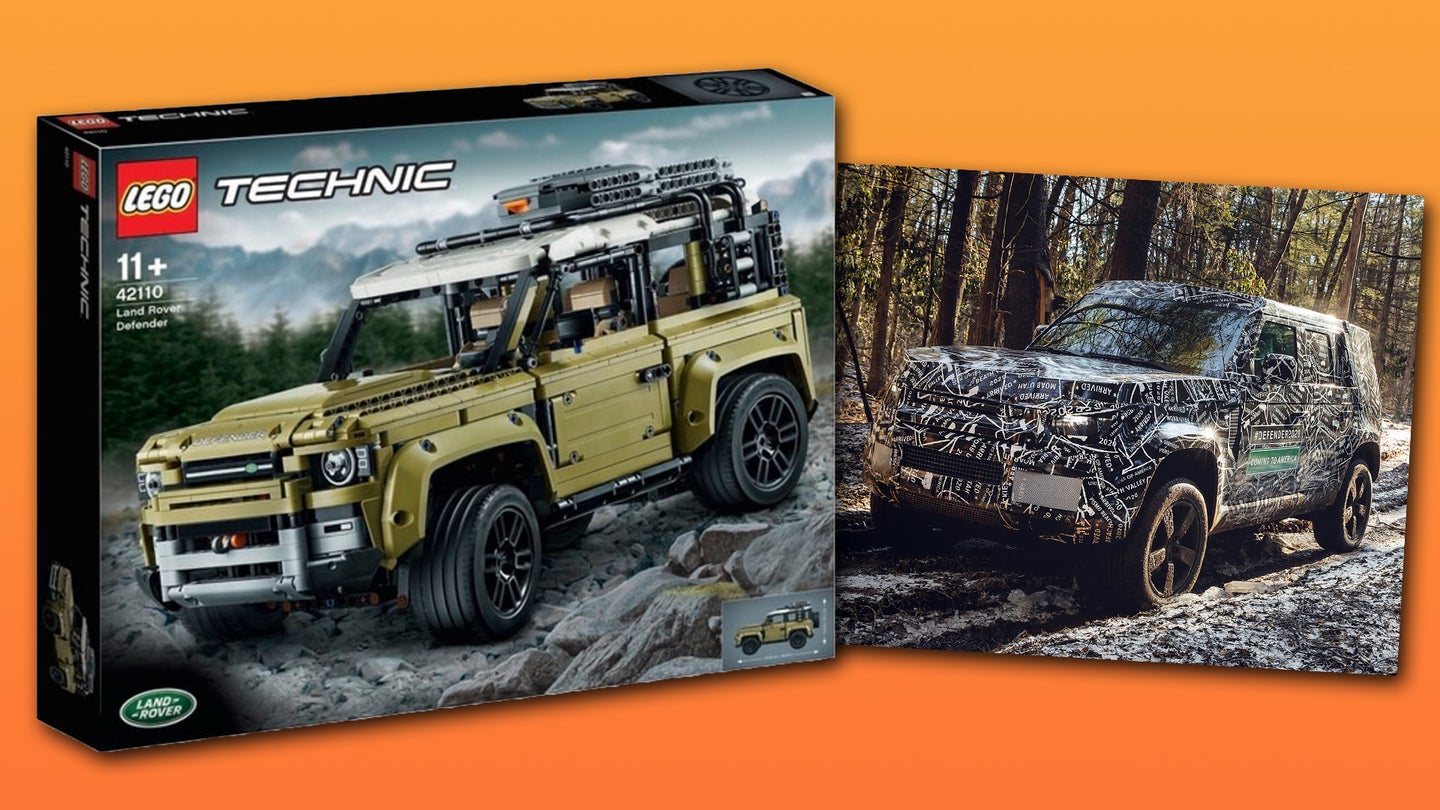 One of the most anticipated upcoming new car reveals is the next-generation Land Rover Defender. It’s been a long time coming with plenty of hints, leaks, and spy photos of test mules over the years. But none might be as revealing as this new LEGO Technic model, which appears to be new short-wheelbase Defender two-door, undisguised—in brick form, of course.

It seems the famed toy brick company has a new 2,573-piece kit set to launch this fall ahead of the real Land Rover Defender. Auto journalist Max Finkel flagged a report on Twitter that an image of the box was recently uploaded to British retailer Smyths Toys. It's clearly not the current Defender—the grille is much narrower, and it shares details with the Defender test mules like wide fender flares and a boxy greenhouse. The rake of the windshield also looks like the next-gen model.

Obviously, the brick construction means this isn't an exact illustration of the new Land Rover Defender’s final design. But it's a peek nonetheless. The details on the Smyths Toys site posted alongside the model's image provide one more clue; it comes with functional steering, a four-speed sequential transmission, three differentials, and a fully-independent suspension—just as the new model has been confirmed to have in place of the old solid axles. Rounding out the functioning bits is an operational winch at the front.

Right now, the Defender is still undergoing testing and is currently scheduled to go on sale sometime in 2020, which means its reveal should be right around the corner. We reached out to Land Rover for comment on the apparent LEGO leak, and we'll update if we hear back.