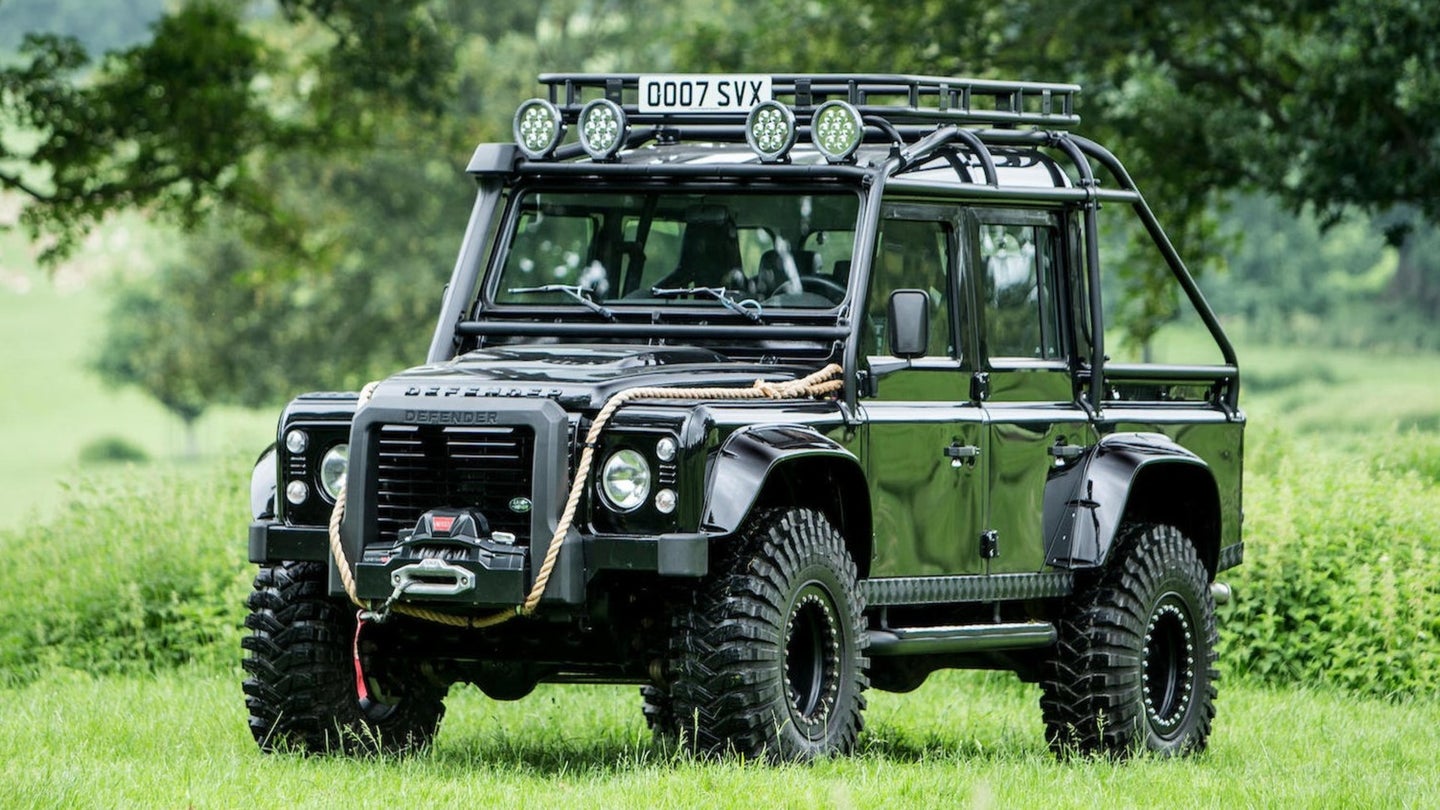 The Drive is known for finding cool vehicles available for sale at auction. Stunt cars, movie cars, you name it. Most times hero cars of films pop up for sale, they're sports cars, but this time something for off-roaders has popped up. Up for auction is a customized Land Rover Defender featured in the James Bond film Spectre back in 2015.

The Defender, a 2014 Land Rover Defender SVX, has been significantly customized for its film duty. It is one of 10 movie cars that were sent to off-road specialist Bowler. Bowler took the Defender 110 crew-cab models and transformed them into something deserving of a Bond villain. The Defender features 37-inch all-terrain tires and the suspension is made out of Rose joints and Bilstein rally dampers. The interior of the Defender is equipped with a full roll cage and Recaro seats along with four-point harnesses.

To go along with the looks, the Defenders performance has also been upgraded. The Defender now makes 185 horsepower, up from the stock 120 horsepower, and features 368 pound-feet of torque. It features a registration number of 0007 SVX, a low-key homage to James Bond's agent number, 007.

Regarding its film duties, the auction listing mentions that most of the other Spectre Defenders were only used for publicity, but this model was used in the film and still features hood damage from stuntmen and key tags identifying its film use. The winner of the auction will not only receive the Defender, but also a framed movie still presentation, the shooting schedule of the film Spectre, and an Austrian license plate.