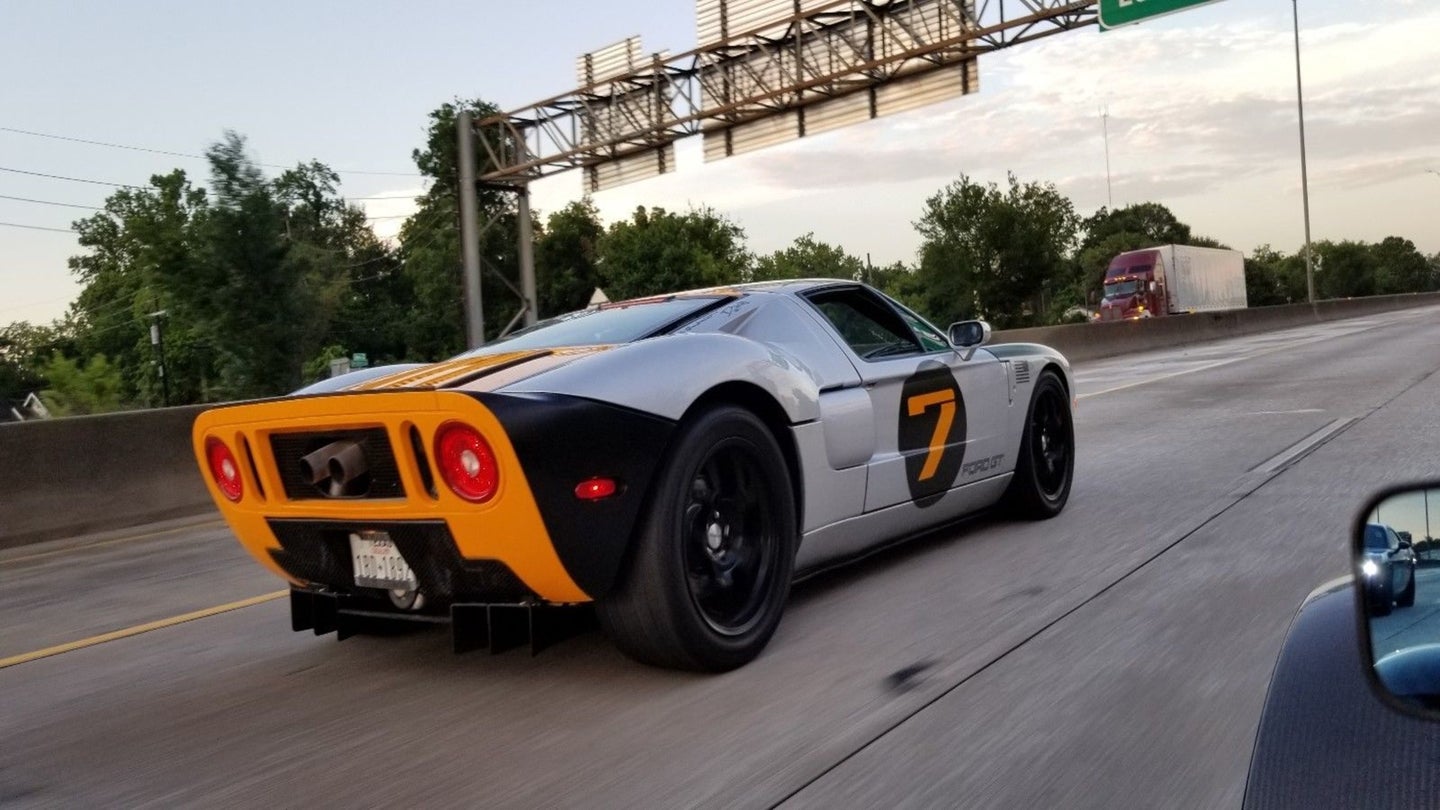 We at The Drive are known for our love of cars and we love when unique cars pop up for sale or auction. Camilo Pardo was the designer responsible for the 2005-2006 Ford GT and his one-of-one 2005 Ford GT known as Solar 7 just popped up on eBay Motors.

The eBay listing claims that the car is the "rarest Ford GT on the planet" (from 2005 or 2006). Pardo came into ownership of the Ford GT that he designed four years ago. The GT was sixth in Pardo's Signature Ford GT Series, Solar 7. The listing claims this car is above all of the rest of the cars in Pardo's signature series as he owned the car himself and drove it for four years.

There are a slew of upgrades and changes that make Pardo's Signature Series Solar 7. The car has a custom silver paint job along with black and orange accents, an upgraded pulley system, and tune bumping up the power of the Supercharged V8 engine by 100 horsepower to 650, and a lowered car stance.

The car was last previously for sale on the Petrolicious Marketplace and sold for the price of $320,000.

For the right price, the bespoke accessory company will encrust the item of your choice in its modern aluminum table.