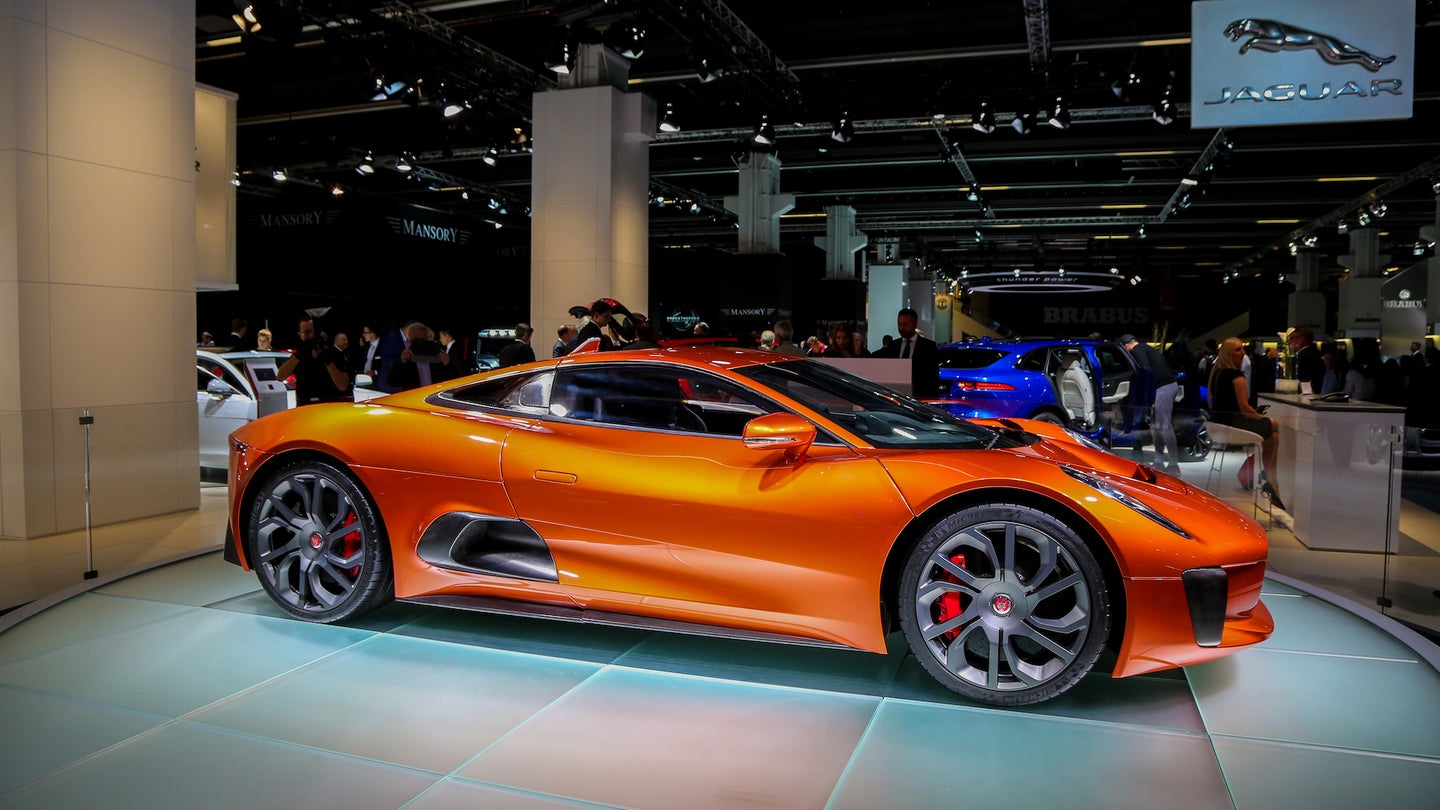 A Jaguar C-X75 from the James Bond Spectre movie recently surfaced on the used-car inventory of a British exotic automobile dealer. The 5.0-liter V8-powered kitty was used as a stunt car by a 007 villain and has only seen 500 miles of road since it was built in 2016. The price for the first of four C-X75s ever built? By appointment only.

According to AutoClassics, the C-X75 was designed to celebrate Jaguar’s 75th anniversary. It began as an exciting new project for the company that attempted to revitalize itself. Ultimately, the 250 cars originally scheduled for production were reduced to a mere five prototypes due to costs and the economic environment at the time. Inevitably, the car started to parallel what happened to Jaguar’s XJ220 project and was quickly relegated to a handful of finished vehicles that were sold at auction, used for display, and finally; for stunt work in Spectre.

Most of the models handed to Spectre’s production team were built by Williams Advanced Engineering and included rally suspension and various alterations to suit the filmmaker’s needs for camera placement. Movie producers and stunt co-ordinators alike were adamant to retain a level of believability in the film’s action-heavy sequences, with Jaguar’s cooperation during production proving worthwhile for both parties. As you can see on the video below, Gary Powell told Jaguar at a preliminary meeting that he was going to “smash them to pieces” and that he wasn’t going to be gentle with the vehicles.

It appears that this sleek supercar survived its Hollywood journey unscathed and now you can own it if you’ve got the cash.