The Jaguar XJ220 Is Finally Getting New Tires 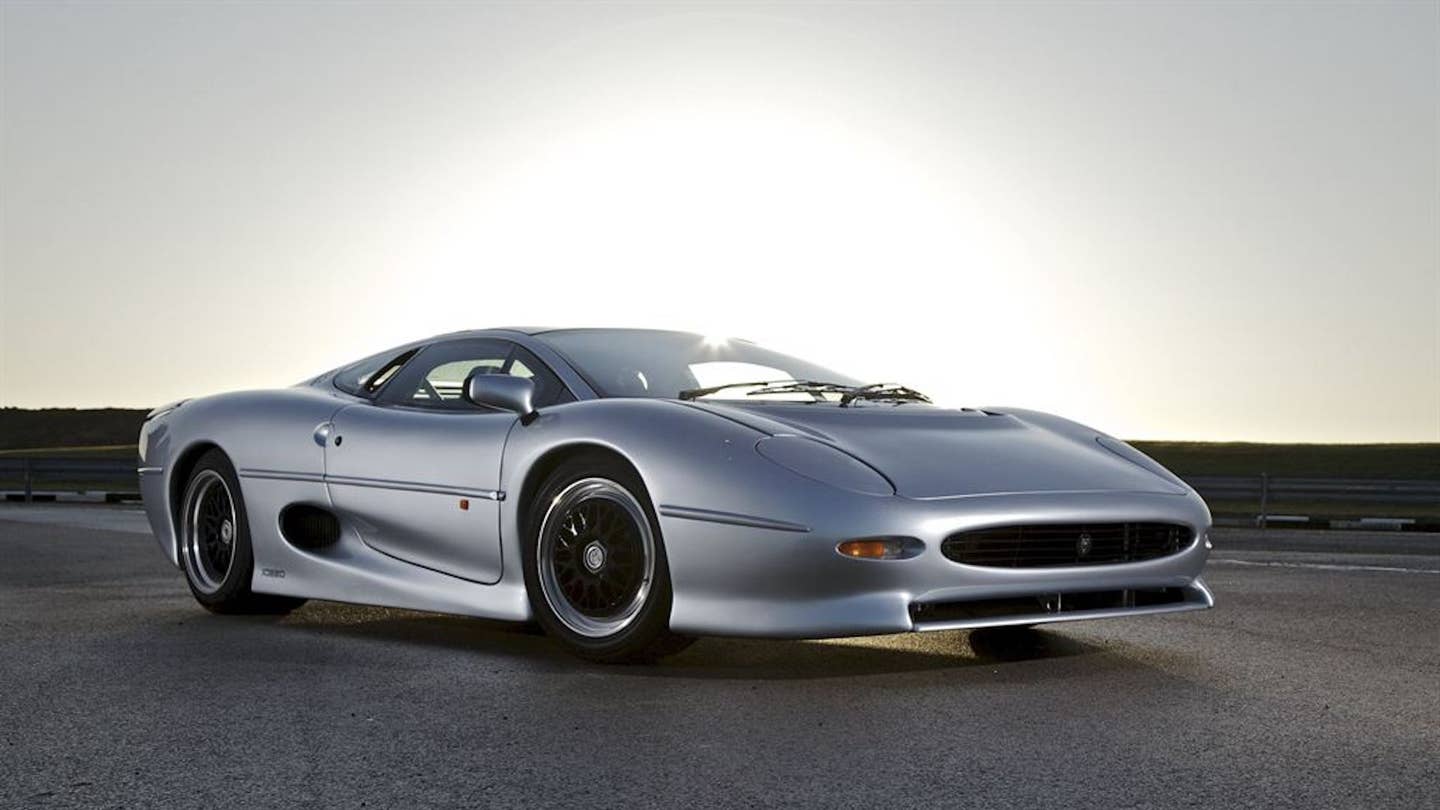 After several years of not being able to buy fresh rubber for their iconic 1990s-era supercars, Bridgestone is helping Jaguar XJ220 owners out by designing new tires for the car. Yes, Mister XJ220 owner, your difficult life of owning a classic example of the supercar breed will finally get a little easier.

The new tires came about when Don Law, owner of XJ220 parts and refurbishing company Don Law Racing, explained the lack of suitable rubber to Bridgestone; the company and the Jaguar supercar restorer then reached out to the XJ220's original chief engineer and test driver, enlisting his help in re-engineering of the tire. Bridgestone even nailed down one of Jaguar's pre-production test mule XJ220s, chassis number 004, in order to properly test the tires for the supercar​.

It remains unclear if the new tires will enhance the XJ220's performance by any specific measures, but we'd be surprised if they didn't boost the car's stats in one way or another. Just think about how far extreme performance tire compounds have come since the Nineties. At the very least, we at The Drive bet these new tires will enhance grip a little bit—which, in turn, will hopefully bump up the car's handling and acceleration a smidge.

But even if the new rubber doesn't give the super-Jag a performance boost, it's sure to bring joy to the hearts of the rich men and women who own them. Imagine how much it must suck if you've had one of the planet's 275 XJ220s sitting in your garage for the past decade, but weren't able to drive it because the tires were on the ragged edge of failure. You'd probably have felt such deep sorrow...until you peeled out in one of the other supercars you surely own.