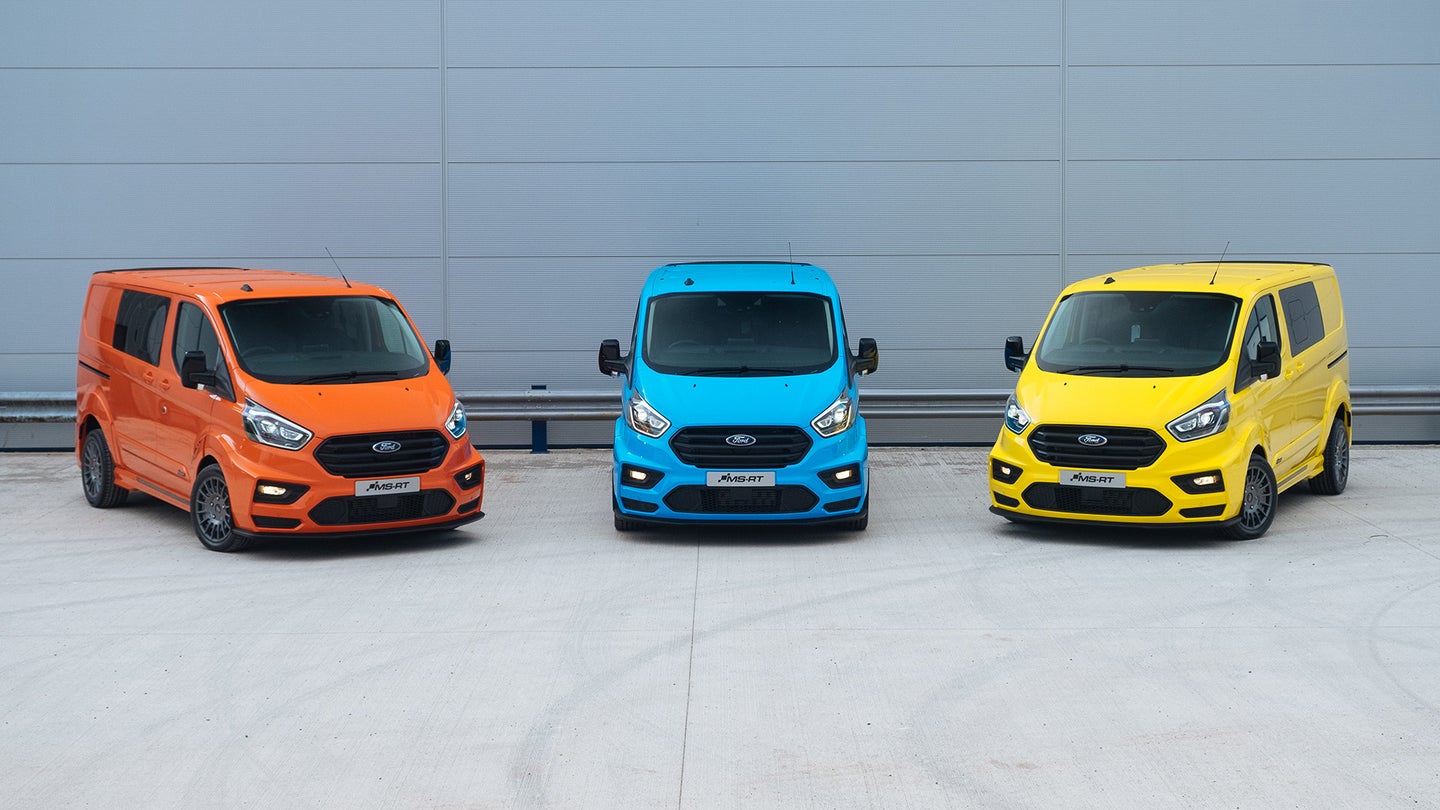 MS-RT is a company formed by WRC champion M-Sport's Malcolm Wilson and British vehicle specialists Van Sport. The team has been tweaking Ford vans since day one, and Wednesday, it announced that its rally-inspired conversions of Transit Custom and Transit Connect vans will be available directly from Ford Transit Centres in selected European markets. Namely, sales will start from September in France, Hungary, The Netherlands, Norway, Romania and the United Kingdom.

Inspired by the M-Sport Ford World Rally Team’s Fiesta WRC car, these peppy Transits come in bright colors with the full body kits while retaining all the functionality of the standard vehicles with a full Ford warranty. Now, all those close enough to one of these dealers have to decide is which color to go for. In addition to the standard range, the MS-RT Transit Custom can also be finished in any color from Ford’s Special Vehicle Operations range. 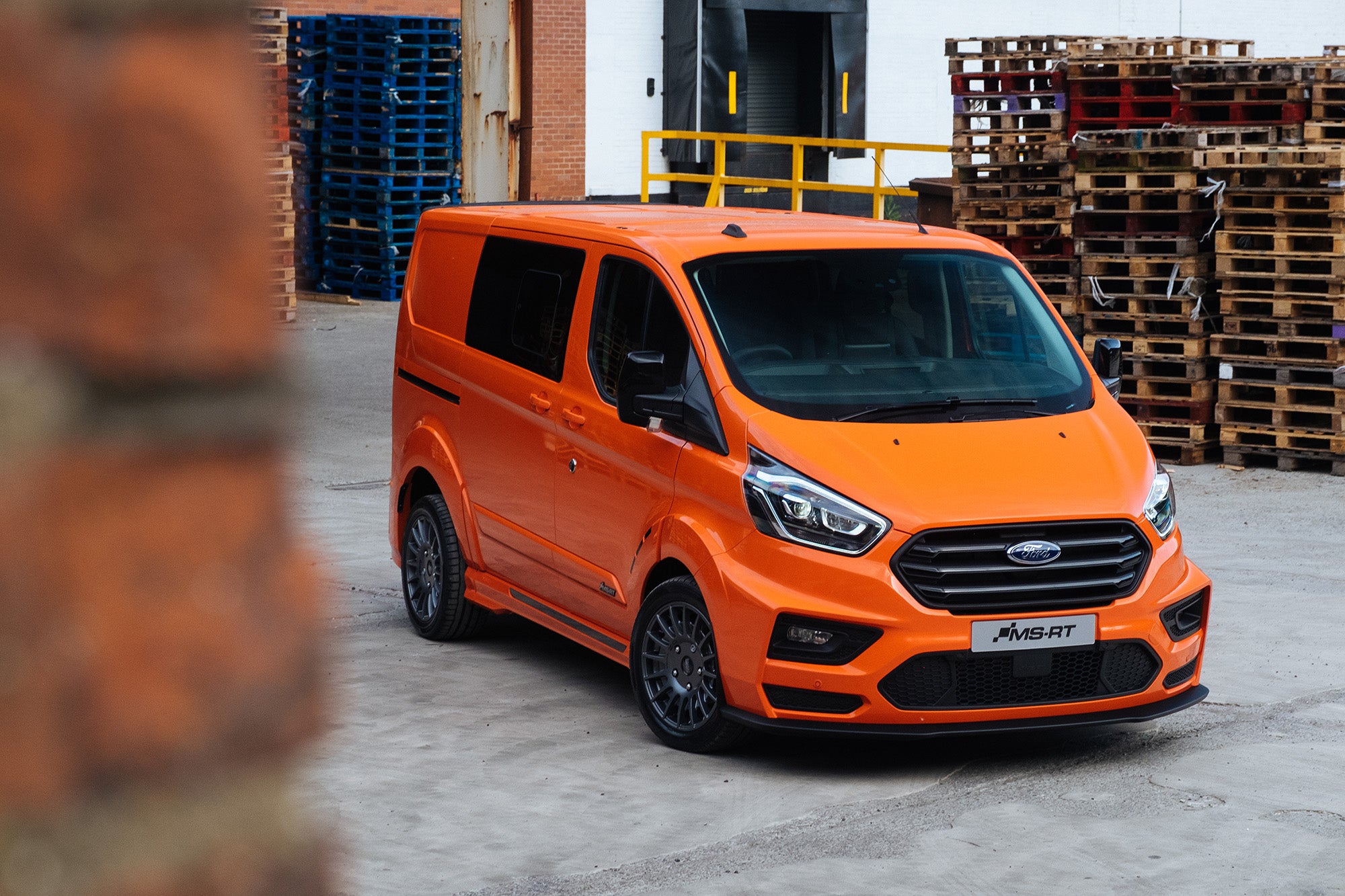 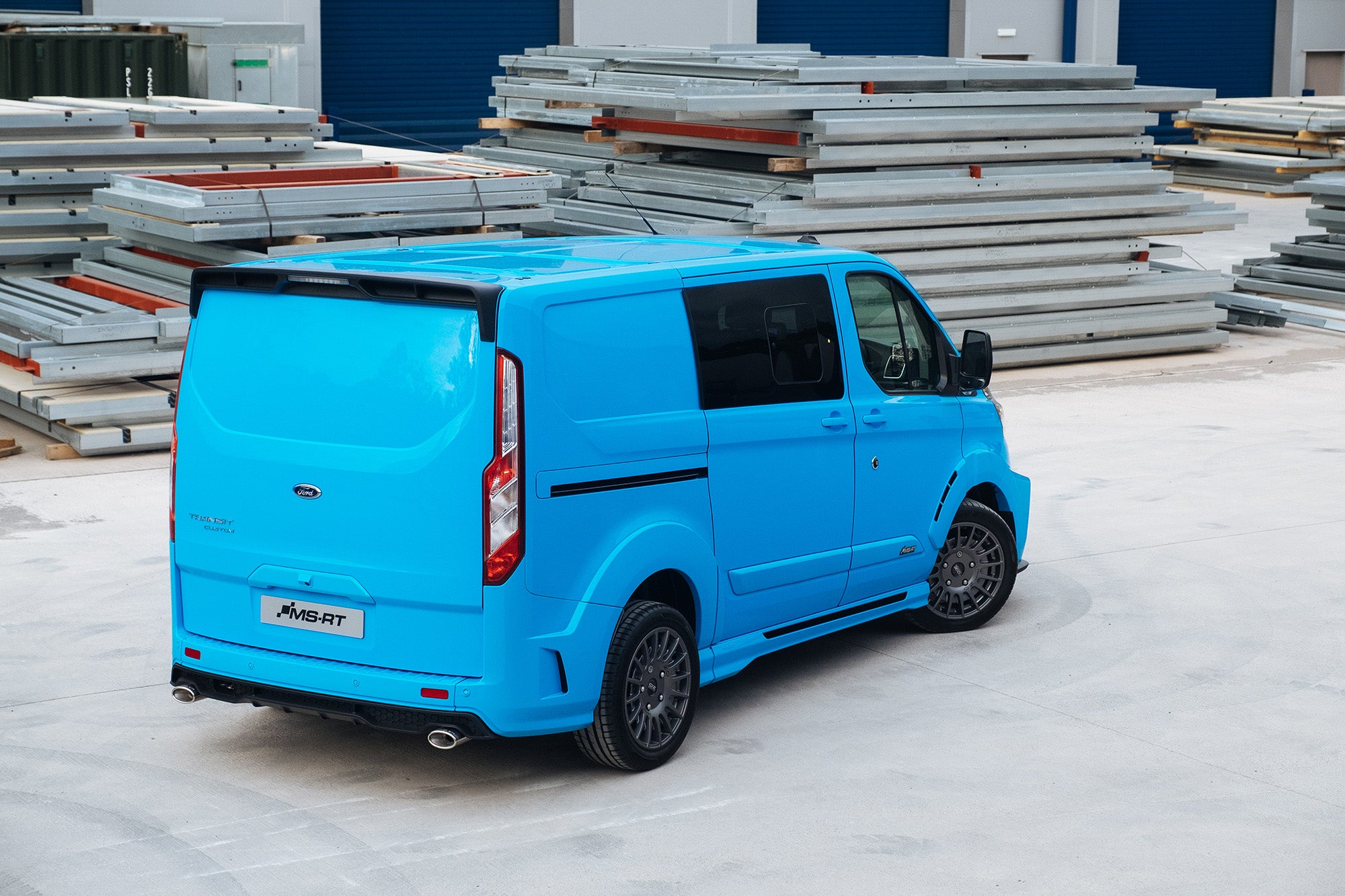 The UK's obsession with fast-moving Ford vans goes back to the Easter 1971 meeting at the Brands Hatch circuit, where Ford presented its first promotional Supervan, a Mark 1 Transit shell built on a GT40 chassis with a 400-horsepower V8. Supervan's estimated top speed was 150 miles per hour. In 1984, Ford followed up with Supervan 2, a fiberglass Mark 2 Transit shell over a Ford C100 Group C car powered by a Cosworth DFL. Supervan 3 took over in 1994, sporting a seven-eighths scale silhouette over a new Cosworth HB engine. Ford kept this one warm until 2001. 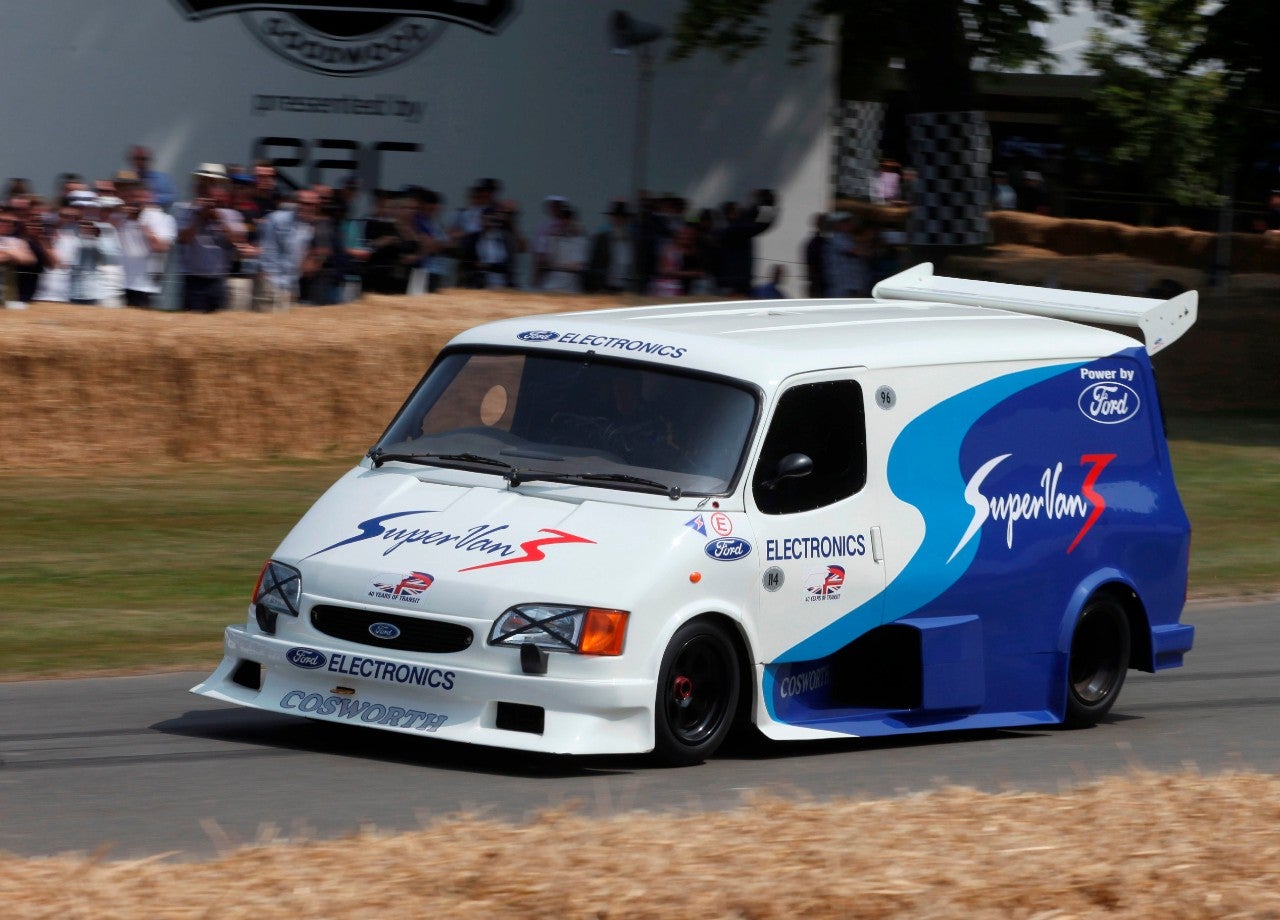 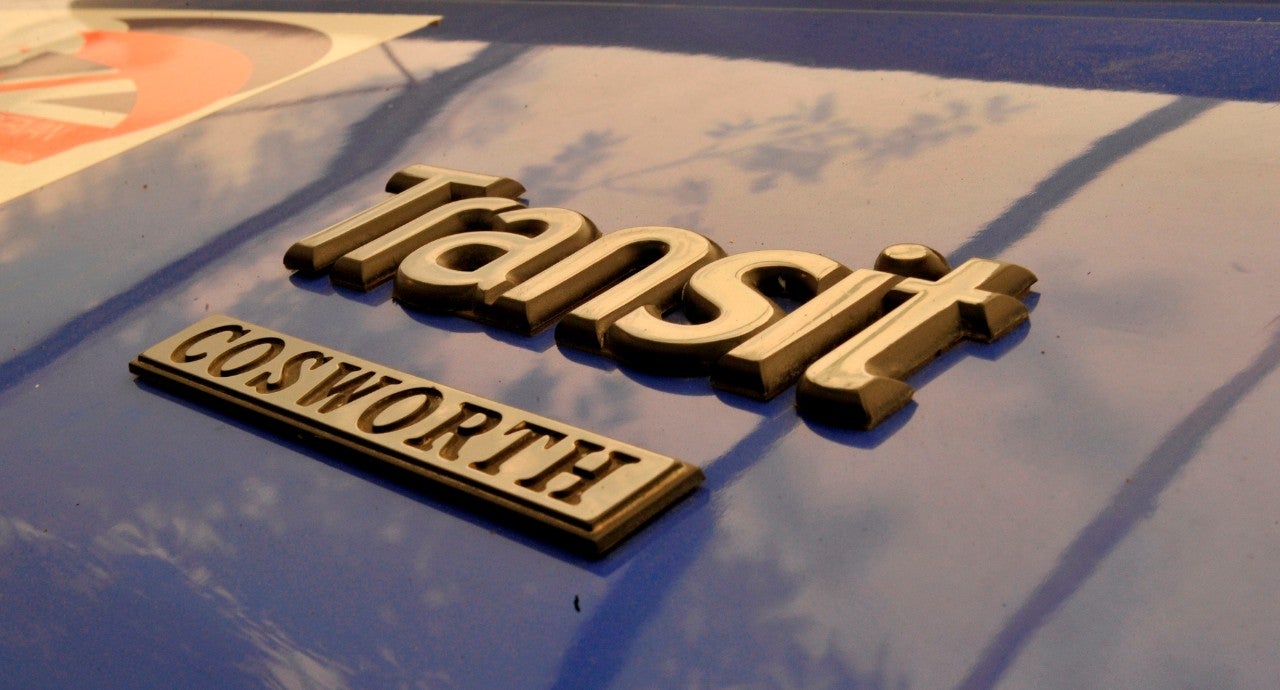 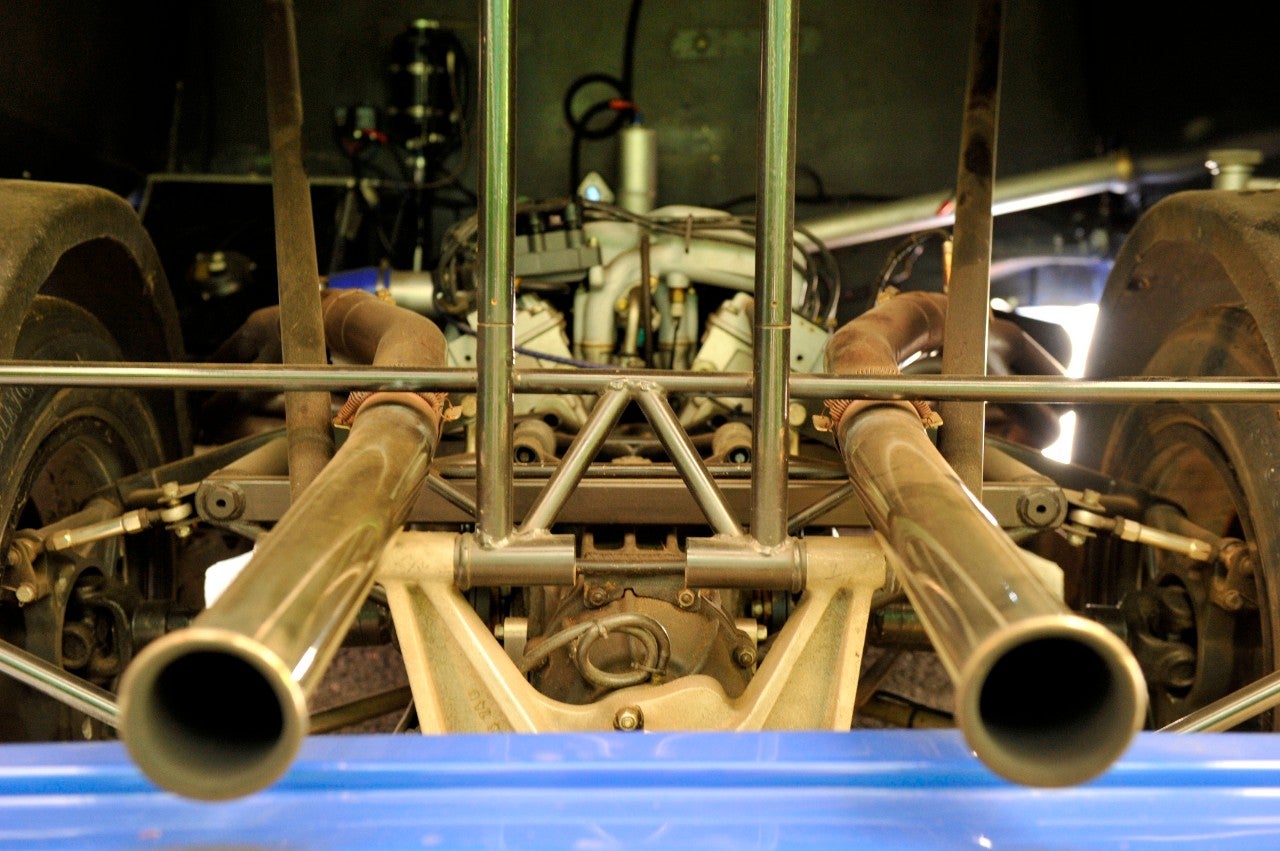 Working for Jaguar, Tom Walkinshaw Racing also used a Ford Transit as a powertrain mule for the XJ220. The twin-turbo V6 gave the van 540 horsepower, after which it landed at the Benetton F1 team as a parts truck. Ultimately, the legendary XJ220 Transit was purchased, restored and upgraded by Jaguar Racing and XJ220 specialist Don Law Racing.

A touch under that level in performance, the MS-RT Transit Custom features Ford’s 185-horsepower turbodiesel delivering 306 foot-pounds of torque that's sent through either a six-speed manual or a six-speed automatic gearbox. In the other corner, the smaller MS-RT Transit Connect packs a 1.5-liter EcoBlue diesel with 120-horsepower and 199 pound-feet of torque, available with a six-speed manual or an eight-speed automatic gearbox.

MS-RT is quick to point out that its OZ Racing alloy wheels also reduce unsprung weight.

Cheers Mr. Wilson, these will do. 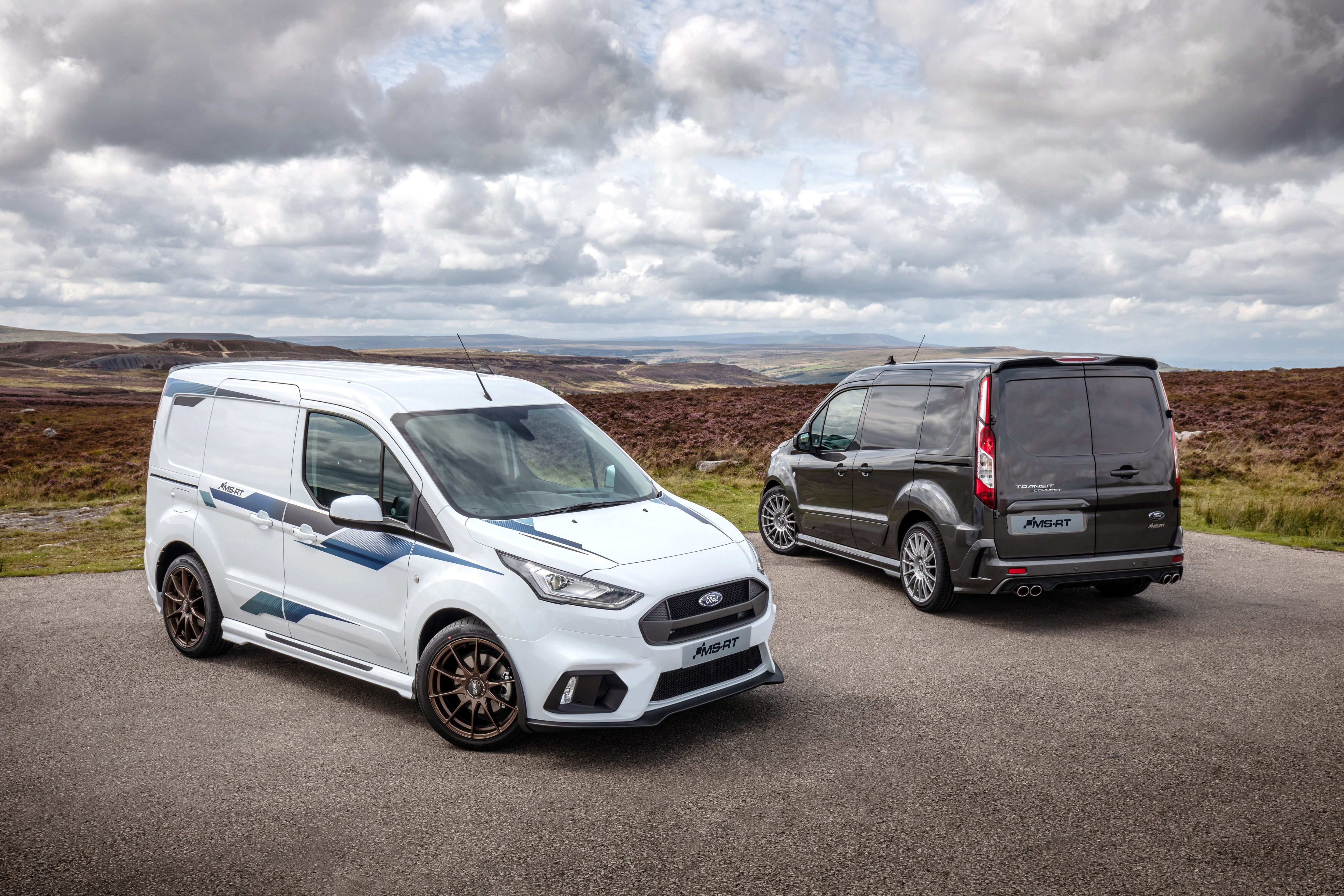 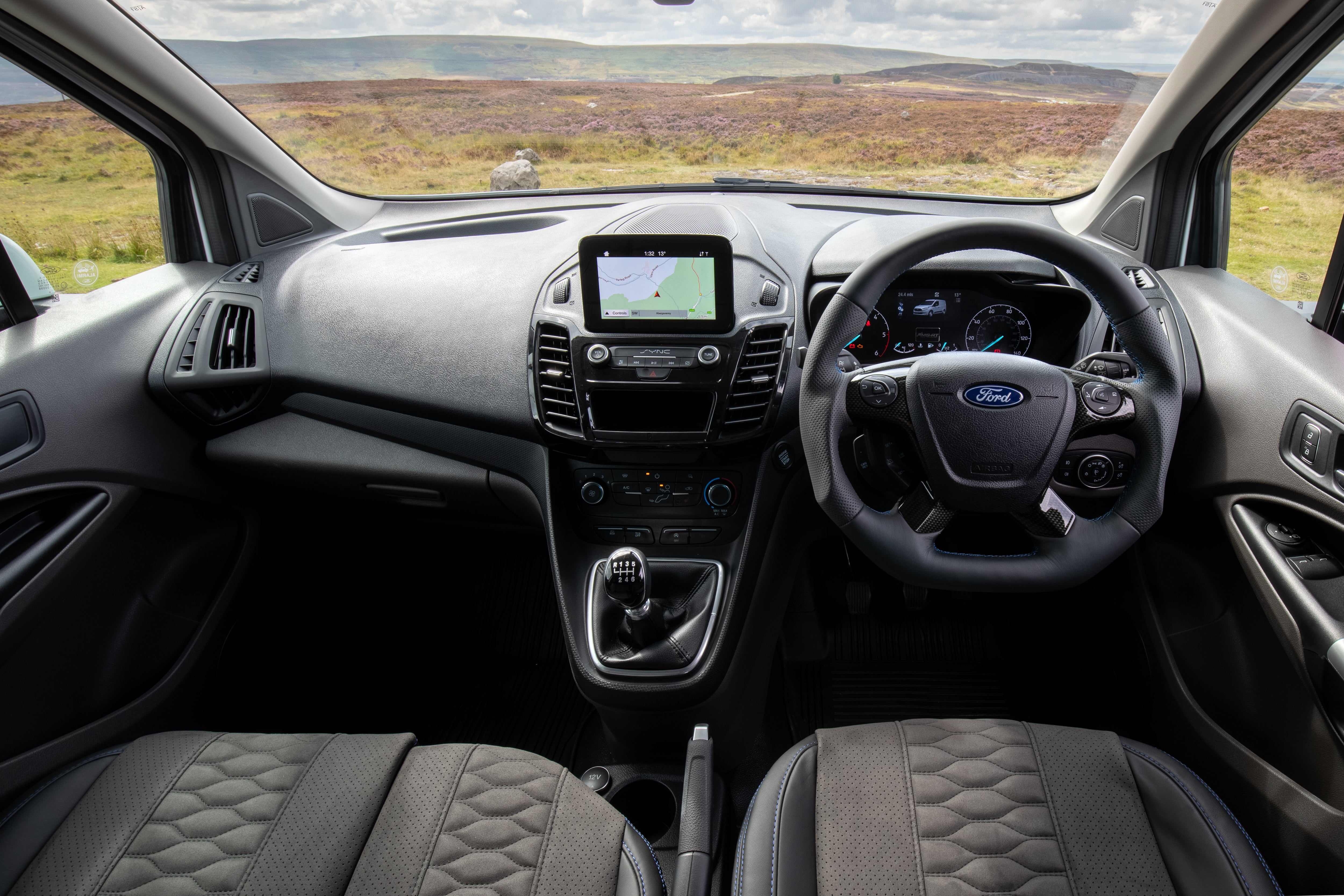