The Ford Transit Trail Van Has AWD, a Raptor Grille and Drive Modes to Conquer the Elements

Not to mention a mechanical limited-slip differential. 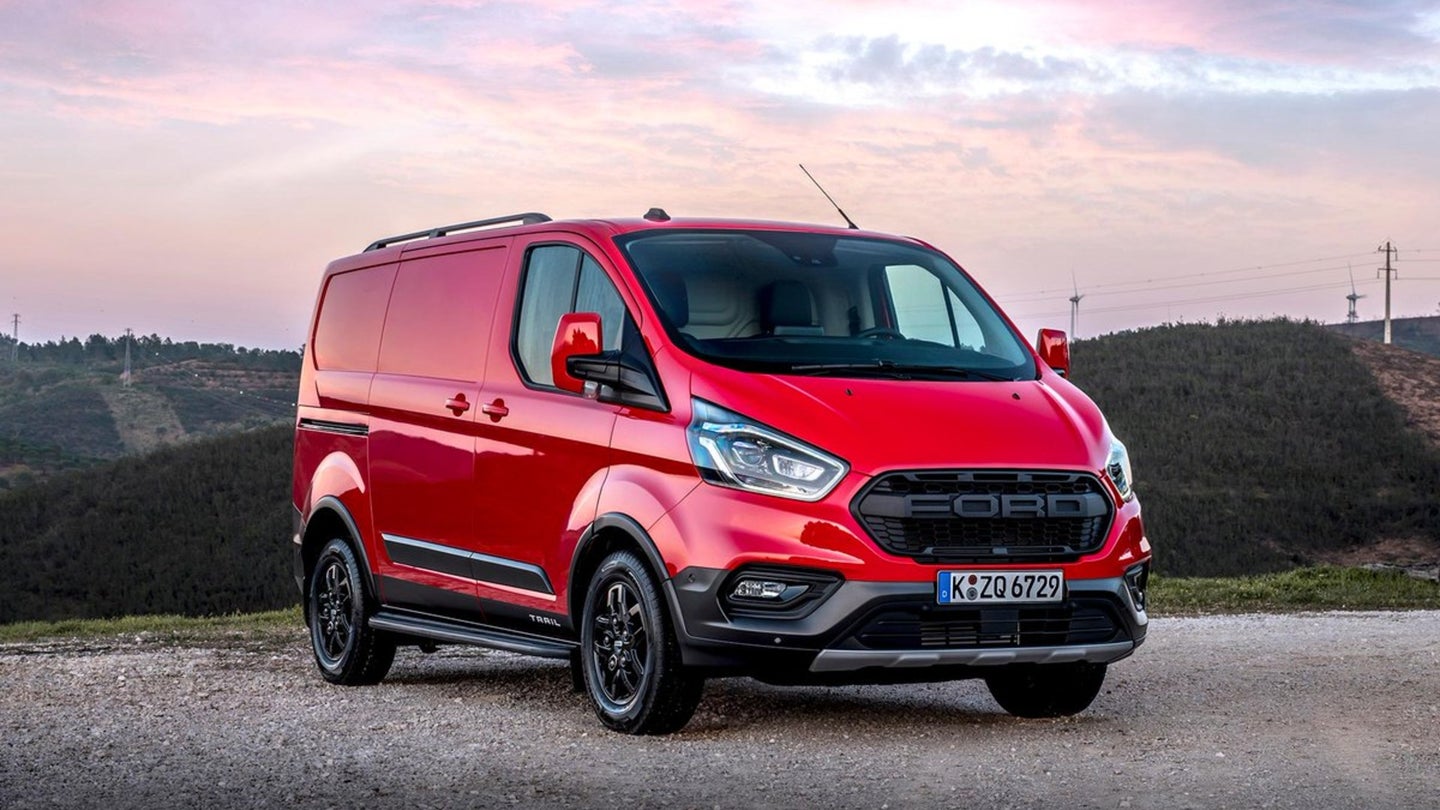 Despite what the internet might say, you don't need a massive truck to go off-roading. Hell, you really don't even need four-wheel-drive. But say you prefer the latter and would rather haul a week's worth of gear under a closed-roof, then a properly equipped van is the answer. You can definitely spend a chunk of change on a crazy customized Mercedes-Benz Sprinter, but Ford has an answer that's both unassuming and, admittedly, cool as all get out. It's the Trail trim for both Transit and Transit Custom vans.

The Blue Oval unveiled the Trail trim Monday morning for its European market—trust us, we wish they'd sell it here, too. Instead, we're left lusting after yet another cool four-wheeler that simply can't be bought in the U.S. If only there were a way...

We can at least ogle at the specs of the Transit Trail and Transit Custom Trail, which seem just about perfect. A 2.0-liter turbodiesel is the only engine available, though it can be had in various states of tune ranging from 130 horsepower to 185. Pair that with optional intelligent all-wheel-drive and you've got a rig that has the torque and traction to get around when the going gets rocky. Don't forget the mechanical limited-slip rear differential, which is especially helpful for loose surfaces.

You've obviously noticed the Trail trim's Raptor-inspired grille by now—an unusual touch of brash and braggadocio for the humble stuff-hauler. It adds to the van's aesthetic in a way that's more cute than intimidating, but hey, we'll take it.

Even if the full-sized Transit Trail was available in the States, we're guessing it'd be a low-volume seller. In Ford's release, the automaker confirmed pricing starts at approximately $47,000. While overlanders aren't shy about spending money, they're more likely to save by converting an older rig or go all-out with a new Sportsmobile.

After all, this is more of a capable cargo rig than an outright trail machine. A set of all-terrain tires could change that, though.