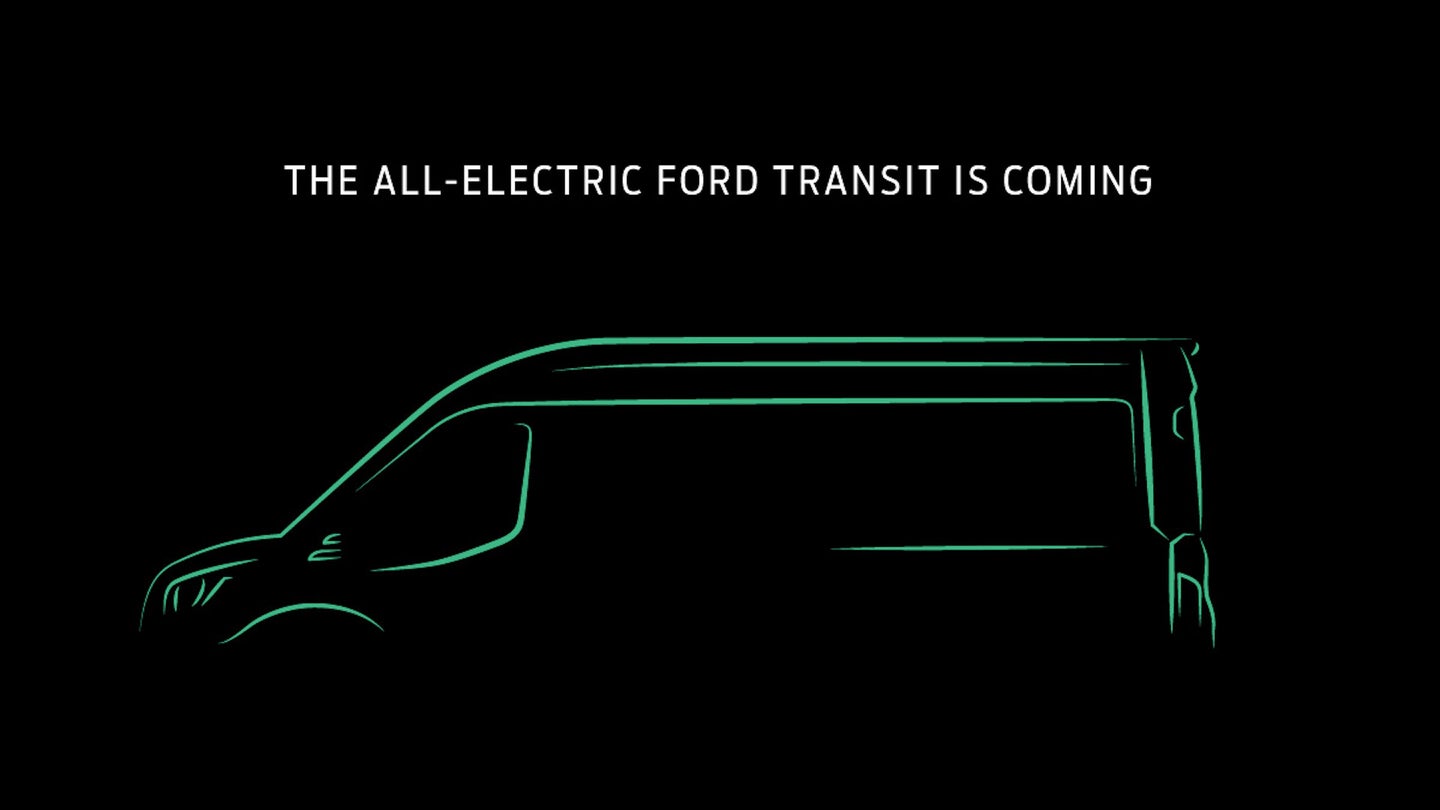 The lead members of Ford's profitable operation, the F-series and Mustang, are going electric pretty soon, but the Blue Oval is still a couple of members short of a full band. It won't be for long, however, because starting with the 2022 model year Ford's bestselling van, the Transit, will be available as an electric vehicle too.

Likely launching in late 2021, the electric Transit will be manufactured in the United States and will be sold first in the American and Canadian markets. Ford promises the electric Transit will be available in a "variety of configurations including cargo van, cutaway, and chassis cab with three roof heights and three body lengths." It will also offer "in-vehicle high-speed data architecture and cloud-based services to offer new ways to optimize fleet performance." An electric cargo or passenger van simply makes perfect sense, given the way its battery drivetrain layout lay flat on the van's floor, opening up more room for seats or cargo space throughout the vehicle's length. And in the van business, it's all about versatility and cargo capacity.

Which platform the electric Transit will use is uncertain, and Ford's wealth of choices makes identifying the most likely candidate tricky. The current Kansas-built Transit just got a mid-cycle facelift for 2020, so an electrified version of the current model isn't out of the question. On the other hand, Ford could leverage its partnership with Rivian—which will build electric vans for Amazon starting in 2021 at its Illinois plant—to rebrand the startup's electric van as a Transit. Doing so could cut engineering and development costs for Ford quite massively.

Further complicating Ford's decision could be its commercial vehicle alliance with Volkswagen, as the German automaker will manufacture electric vehicles in Tennessee as soon as 2022. That said, most if not all Volkswagen EVs will be built on the company's unibody MEB architecture, which may not be large or durable enough to underpin a full-size van. This isn't to say an electric Transit Connect couldn't be built on MEB, though Ford's silence about the Transit Connect in its release doesn't make such a vehicle look imminent.

"The all-electric Transit will be Built Ford Tough right here in the U.S., we are not outsourcing this product," said Elizabeth Kraft, Ford's Manager for Commercial Vehicle Communications, in an email to The Drive. "These customers are the backbone of our country and Ford will continue to deliver a variety of configurations to fit these customer needs with all the benefits that come with electrification."

Kraft couldn't comment on candidates for the Transit EV's architecture, though her statement about Ford not outsourcing this product could imply it'll ride on a Ford-designed platform—potentially the current Transit chassis.