Want one? You can get one at Moto Club Di Santa Monica. 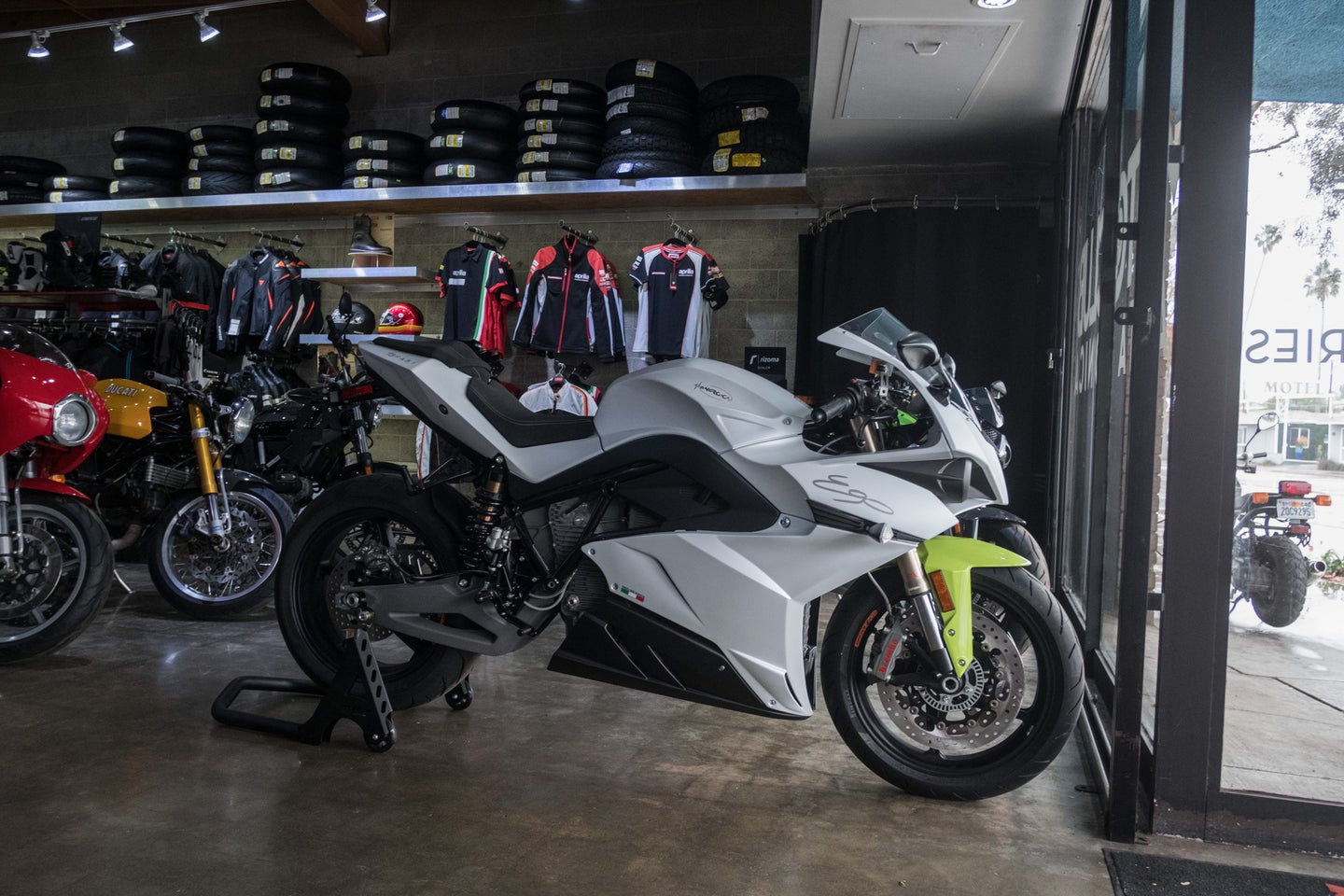 Electric cars are all the rage right now. Tesla is the hottest and most often covered automotive manufactures in the industry but what about electric motorcycles? According to the Department of Transportation, motorcycles are still relatively niche compared to the overall automotive industry, according to the DOT, only 3.3 percent of all registered vehicles on the roads in the U.S. are motorcycles (as of 2015). There are no current stats on how many of that 3.3 percent are electric bikes but it’s fair to speculate that it's a very, very small fraction of that percentage.

Though niche, this is not stopping Energica, an Italian-based electric motorcycle superbike manufacture from increasing their presence in the American market by linking up with Victor Ruvalcaba, owner of Moto Club Di Santa Monica in Santa Monica, California. A premier motorcycle dealership in Southern California.

“I personally have been waiting for the right electric motorcycle brand to come around to add to the Moto Club fold, not because I plan on replacing my Italian V4 combustion engine anytime soon but because I and the city of Santa Monica know electric vehicles are the future” said Victor Ruvalcaba, owner of Moto Club Di Santa Monica.

The dealership is no stranger to offering its clientele the very best in performance Italian motorcycles. Walk into the modest shop along Lincoln Blvd and you’ll glimpse aggressive, beautiful, and classic European brands. From new Aprilla’s to used Ducati’s, Triumph’s, KTM’s and BMW’s.

Moto Club Di Santa Monica is not alone in thinking EVs are the future. California has been heavily invested in supporting and developing the EV infrastructure and Santa Monica has recently approved an aggressive plan to develop the electric vehicle charging infrastructure. The $2.4 million plan calls for expanding the network of charging ports from just under a hundred up to 300 by 2020.

“Governor Brown has recently confirmed a strong acceleration on the electric front,” says Stefano Benatti, CEO of Energica Motor Company Inc., “His strategy will bring California to meet the 80 [percent] emission reduction goals by 2050. This is, therefore, the 'electrical' territory for excellence, and for this reason, Energica has decided to set up its own operational headquarters here in San Francisco to preside and expand our commercial network.”

Moto Club Di Santa Monica is currently equipped to service and maintain all Energica bikes and hopes that the footprint for the company grows in this burgeoning market.