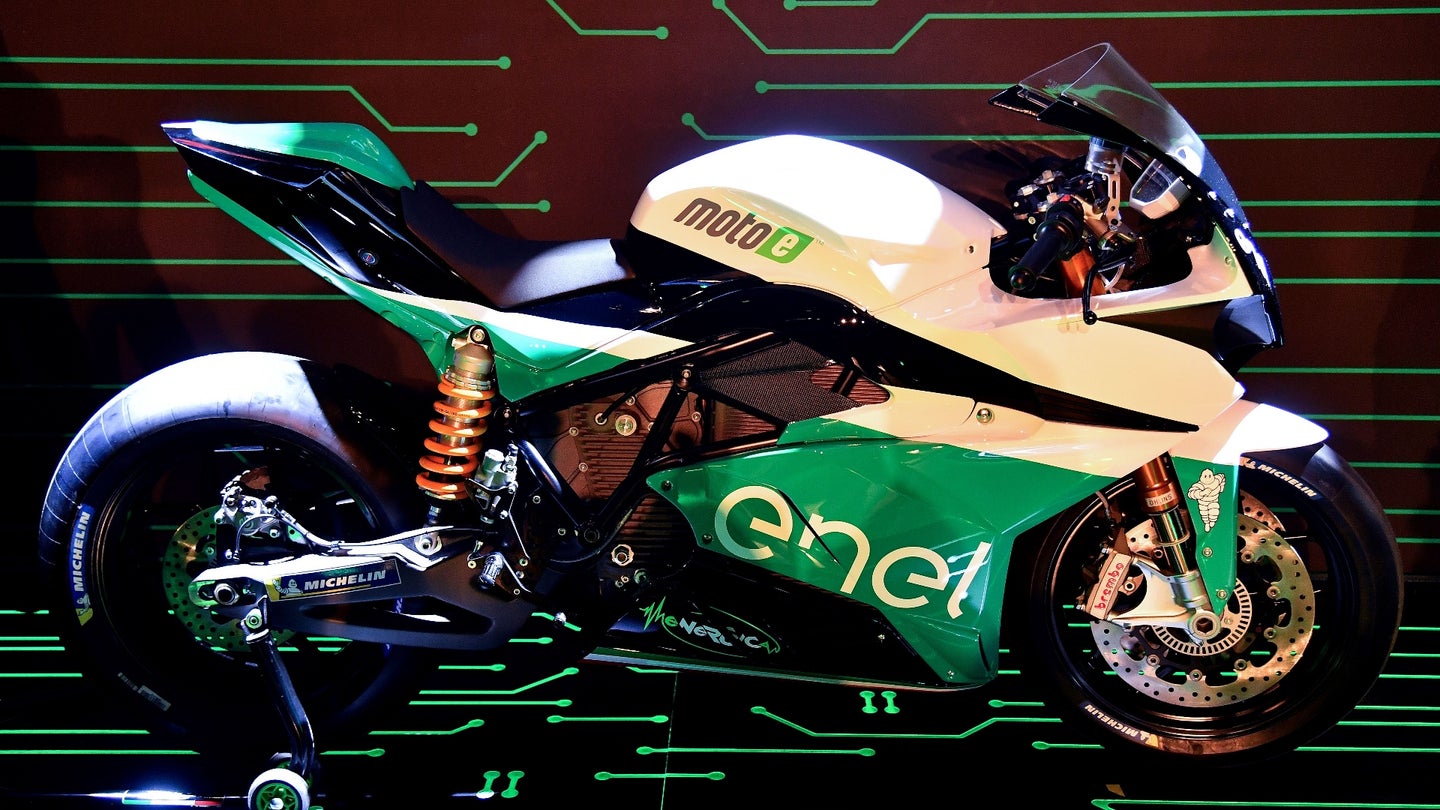 Last year it was confirmed that there would be an all-electric class of MotoGP motorcycle racing. These plans are moving along swiftly and the newly minted MotoE World Cup electric grand prix is set to begin in 2019. In December we learned that Italian electric bike brand Energica would be supplying the motorcycles for the new class and some fresh new details about the bike and about MotoE, in general, have just been announced.

The bike is called the Energica EgoGP. As its name suggests, it is a racing spec of the production Energica Ego electric sportbike. Like the production model, the EgoGP uses an oil-cooled permanent magnet AC electric motor. However, the racing-tuned motor will make two more horsepower at 147 giving it a higher top speed of 155 miles per hour. A very smart Vehicle Control Unit is onboard to manage the bike’s power making adjustments 100 times per second.

The Energica EgoGP isn’t quite in its final draft yet. Energica will continue developing the bike through 2018 and the first official tests will take place in February of 2019.

MotoE’s inaugural 2019 season will consist of five races with 18 motorcycles. Seven private teams will get two bikes each and four more bikes will be reserved for Moto2 or Moto3 teams. The MotoE races will take place on Sundays just like the other race classes.

The races will be very short, only 10 laps long. Presumably, they’ll be short due to range constraints on the EgoGP. FIM likely doesn’t want to compromise on the excitement of the race and if it was too long, riders would intentionally ride slower in order to save battery. The short length of the races will also make them easier to schedule alongside MotoGP races.

Electric racing appears to be the future for both cars and motorcycles. Here’s hoping it can match the excitement of good old-fashioned gas-powered racing someday.