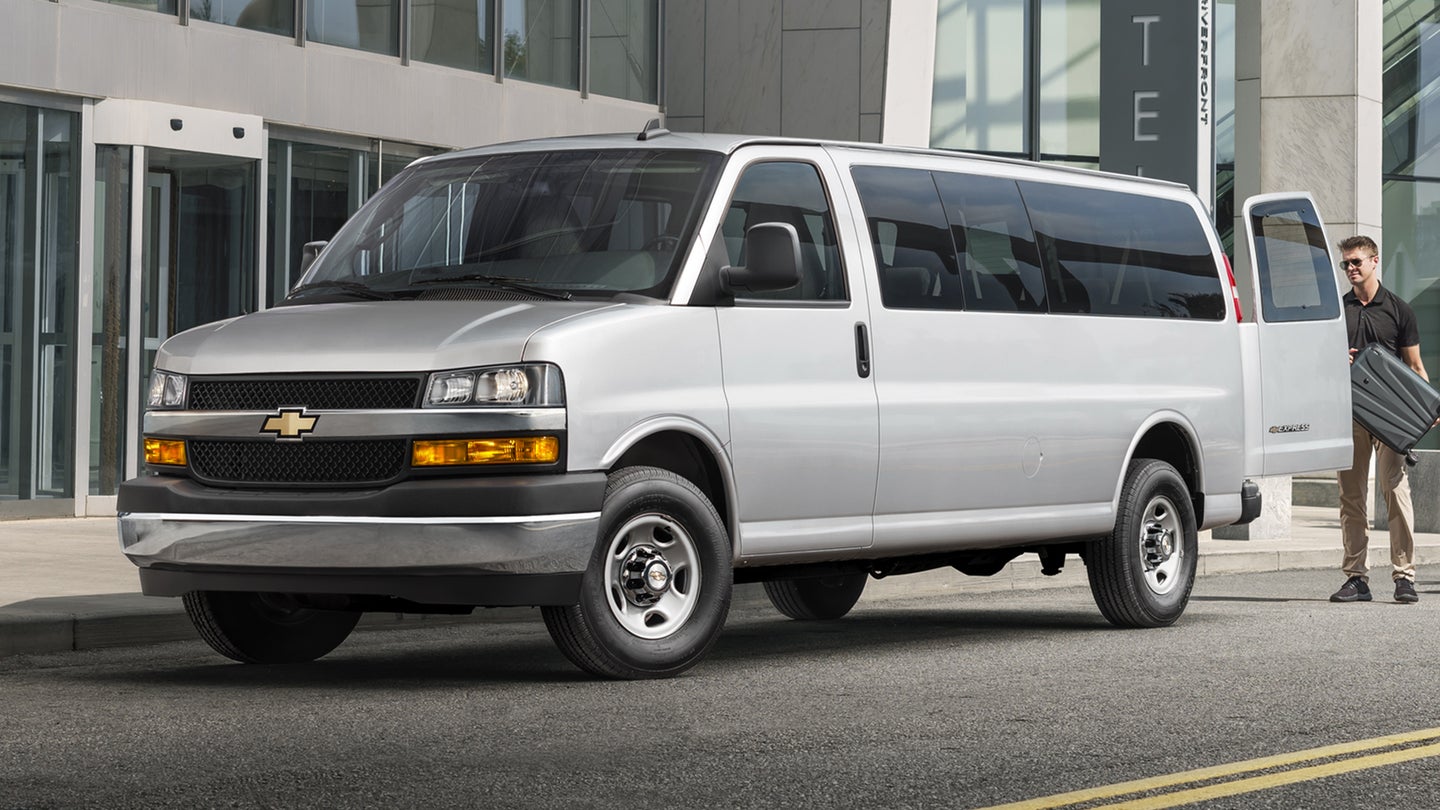 We love a good cargo van here at The Drive and we're happy to report that the Chevrolet Express will live on and enter its 26th year of production with a new V8 to boot. Announced the Work Truck Show in Indianapolis, the 2021 Chevy Express van—a vehicle that's received precisely one facelift since it was first built in 1995—will be available with the 6.6-liter V8 out of the new Silverado 2500 and 3500 HD. Hear that? That's the sound of a thousand shuttle drivers celebrating.

In the Express, the new V8 makes 401 horsepower and 464 pound-feet of torque, a good whack more than the old 6.0-liter which put out 341 hp and 373 pound-feet. On top of offering more peak power, Chevy also boasts that this engine will provide drivers with a wider torque band and expects it to match or exceed the 70 percent take-rate the current V8 currently accounts for.

Notably, this more powerful V8 will continue to be available in the passenger version of the Express. So, next time you find yourself seated in the back of an airport or Chevy dealership service shuttle, that thing might be making more than 400 beautiful, American horses.

Despite the Chevy Express now being old enough to rent a car without being slapped with a Youth Tax, market demand is staying strong with commercial fleet sales growing by 12 percent in 2019. Turns out, business consumers appreciate the tried-and-true rather than unproven novelty and flash. Who would've thought?

In contrast, Ford is rolling out a fully electric version of its best-selling Transit van. Funny how things work out.

It’s a rare beast, but the HHR SS didn’t even sell for that much when new.

The sales numbers for the Nissan-based Chevy van couldn’t come close to those of its Ford rival.