The sales numbers for the Nissan-based Chevy van couldn’t come close to those of its Ford rival. 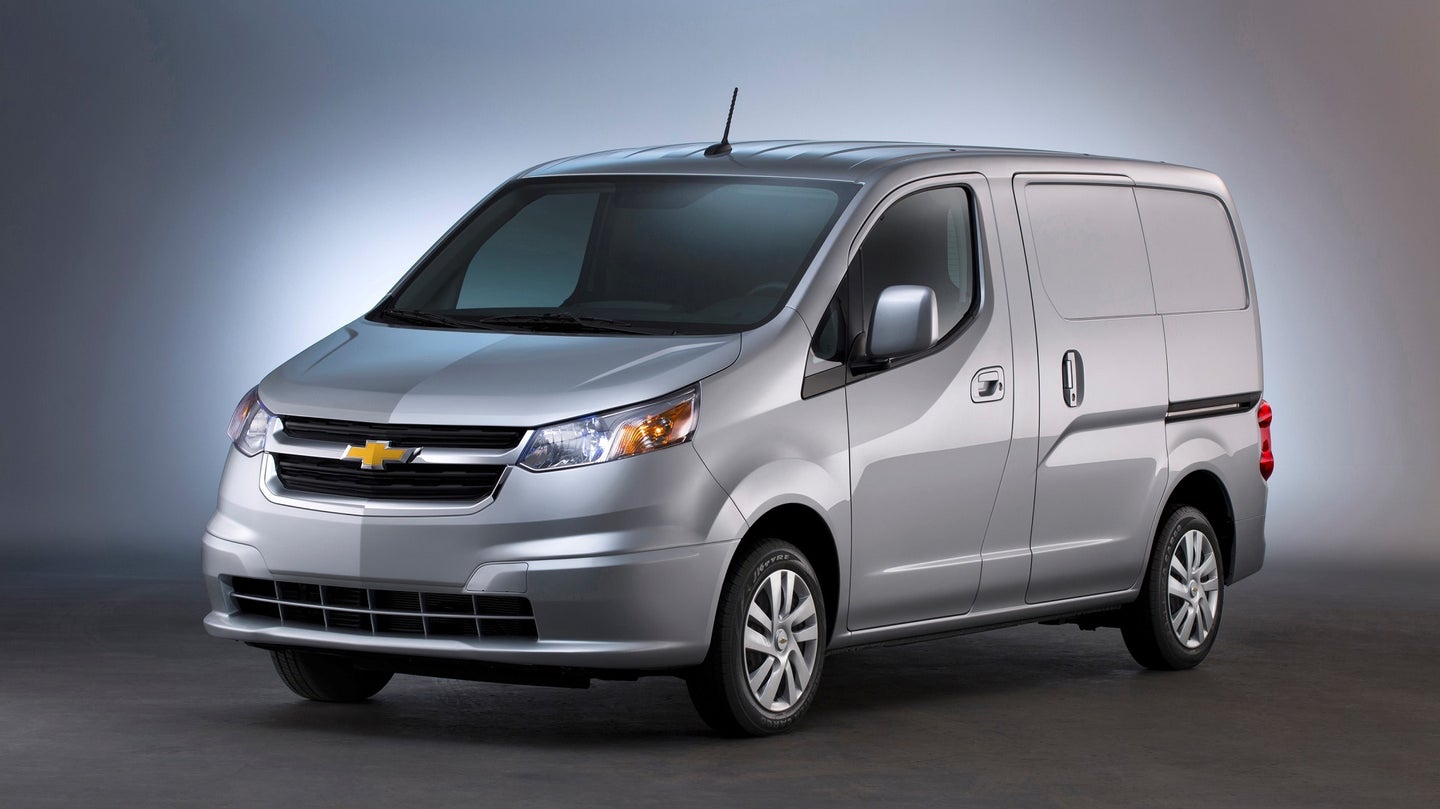 If you’re in the market for a small work van, you now have fewer options. Chevrolet has just confirmed that it will discontinue the City Express van that’s been competing with the Ford Transit Connect and the Ram ProMaster City in the small commercial van space since 2014.

The Chevy won’t be missed too badly because it’s nothing more than a rebadged Nissan NV200. So if you really want one for yourself or for your business, you’ll still be able to get the same van, but with Nissan badges. The City Express was a nimble cargo carrier that offered a smaller footprint, better fuel economy, and lower price tag than a more traditional full-size van.

Sales were slow for the City Express having sold fewer than 30,000 units since it’s been on the market according to Automotive News. By contrast, Ford sells an average of more than 42,000 Transit Connect vans every year. The City Express is even out-sold by the Nissan NV200 it’s based on despite Nissan having a smaller U.S. dealer network than Chevrolet.

The discontinuation of the Chevy City Express means that the only van you’ll be able to get at a Chevy dealer is the old-school Express. The Express hasn’t changed much since it was first introduced way back in 1995 aside from a facelift in 2003 and occasional engine updates like the addition of a Duramax diesel V8 option for 2017. However, its traditional styling and truck-like construction are exactly what people and businesses like about the Express.

The Chevy City Express won’t be missed and few people will notice its absence. The gap that it leaves behind in Chevrolet’s commercial segment has us wondering if something new and something that’s actually made by GM is in the works to replace it.

Much more than just a Fiat-based cargo van, the ProMaster City can get you over an existential hump.