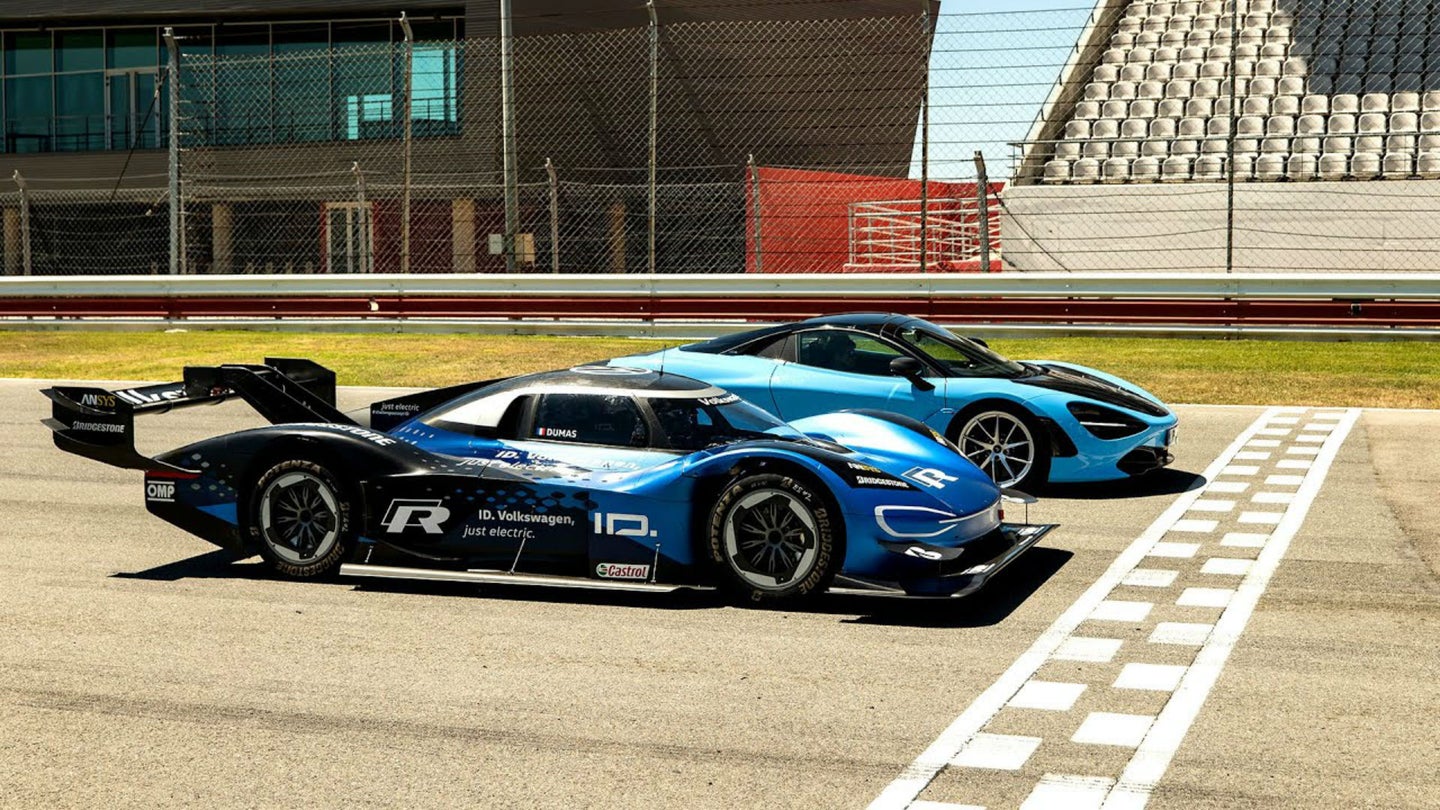 We already know the Volkswagen I.D. R is a force to be reckoned with, but to demonstrate just how speedy the unregulated, unrestricted electric prototype is, Top Gear's Chris Harris recently drag raced it against the McLaren 720S, one of the quickest-accelerating road-legal machines available today.

Despite this, the Volkswagen actually makes less power and torque than the McLaren, 680 horsepower and 479 pound-feet of torque versus the McLaren's 710 hp and 568 pound-feet at 5,500 rpm. Of course, the I.D. R compensates by doling out its electric torque much, much earlier, weighing almost 700 pounds less, and not having to abide by road-worthy safety regulations or a six-figure production car's relatively paltry manufacturing budget.

After his time with the I.D. R, Harris said it was the only car to ever make him sick, not just from the ridiculous G-forces but also possibly as a result of being around so much electricity. It sounds like the current, professional consensus is that the radiation from electric vehicles isn't a significant health concern but then again, the I.D. R isn't your average electric vehicle so take that for what it's worth. Science also says cell phones pose don't pose any health risks either but the vaguely Motorola RAZR-shaped bruise that's still slightly visible on the top of my right thigh has yet to be explained.

Anywho, it wasn't that long ago that folks were doing similar "Look How Much Faster This Is Than That" races with the McLaren 720S being the Showstopping New Thing, including this one against a Ludicrous Mode-enabled Tesla Model S. The march of progress waits for no McLaren and while the VW I.D. R may never see the inside of a dealership, it does bode well for future electric Volkswagens that will. Color us excited.