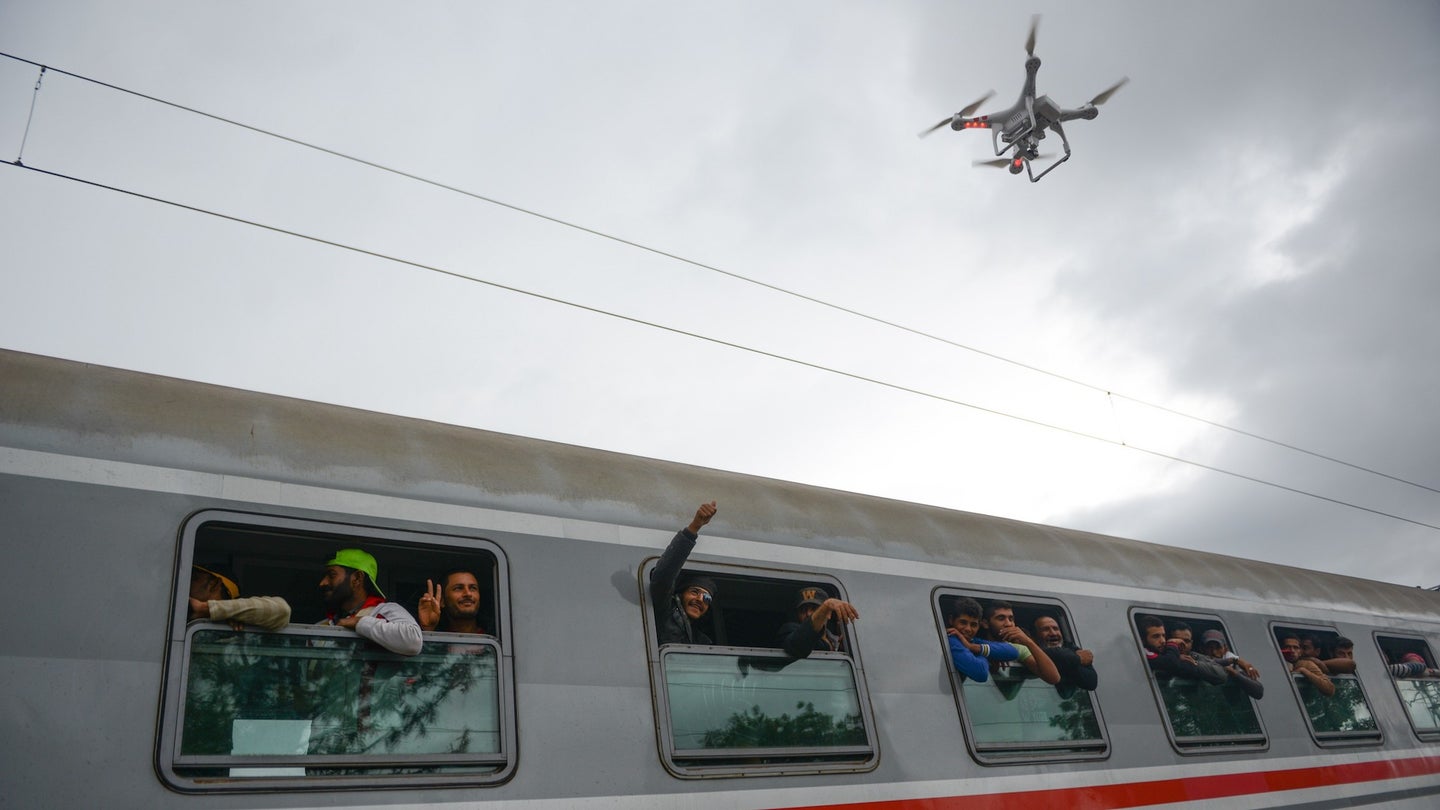 The last time we reported on the intersection of drones and railroad companies was when Indian Railways began implementing unmanned aerial vehicles at some of its most highly frequented hubs as a tool for crowd control and risk management. This time, it’s the U.S. company Union Pacific utilizing drones to its advantage, much to the chagrin of its employees. The company is flying UAVs over its railroad yards to verify if workers are properly following safety precautions.

According to The Wall Street Journal, this aerial surveillance is intended to capture any deviation from the established guidelines from something as minor as hopping off a slow-moving train to passing between cars that are less than 100 feet apart. While a company making sure its workers safely follow the rules shouldn’t come as a shocking surprise to anyone ever employed, it seems that this aerial monitoring has the railroad workers' union strongly disconcerted. The Union Pacific safety hotline has reportedly been quite busy with workers complaining that UAVs whirring above are endangering them at their jobs by serving as a distraction.

Steve Simpson, General Chairperson of the International Association of Sheet Metal, Air, Rail, and Transportation Workers, claims that this new implementation of overhead drones is a serious hazard for employees. “They are no longer looking ahead or at their task at hand,” he said. “They’re looking up.” Simpson’s committee represents 1,600 conductors, engineers, and general rail workers in the southern United States and advises members that file complaints with the Federal Railroad Administration and its aerial counterpart, the FAA.

Union Pacific has reportedly halted this new seemingly safety-ensuring practice as of March 1 so it can reassess the implementation with the unions - though it plans on reinstating the aerial monitoring measure in the next few weeks. “Their leadership will help us establish a collaborative process to address unsafe behaviors and protect employees,” Union Pacific spokeswoman Raquel Espinoza explained.

While critical infrastructures such as pipelines and railroads have been increasingly benefitting from the use of modern UAVs in regards to remote monitoring, this is definitely something new. This is essentially an expansion of surveillance of employees, albeit cloaked in the concern of safety—a stance that could reasonably be argued for. Earl Lawrence, who operates the FAA’s drone-integration office, is impressed by the seemingly endless use-cases of UAVs. “Every day we see inventive ways of using aerial platforms,” he said. While it’s unclear whether this particular instance is a net-positive for most involved, Lawrence’s point is spot-on. Drones are infiltrating industries across the board, day by day. Stay tuned for updates on Union Pacific’s case.

In the near future, drone-satellite hybrids could be hovering within our atmosphere, monitoring large parts of the Earth, potentially for months at a time.