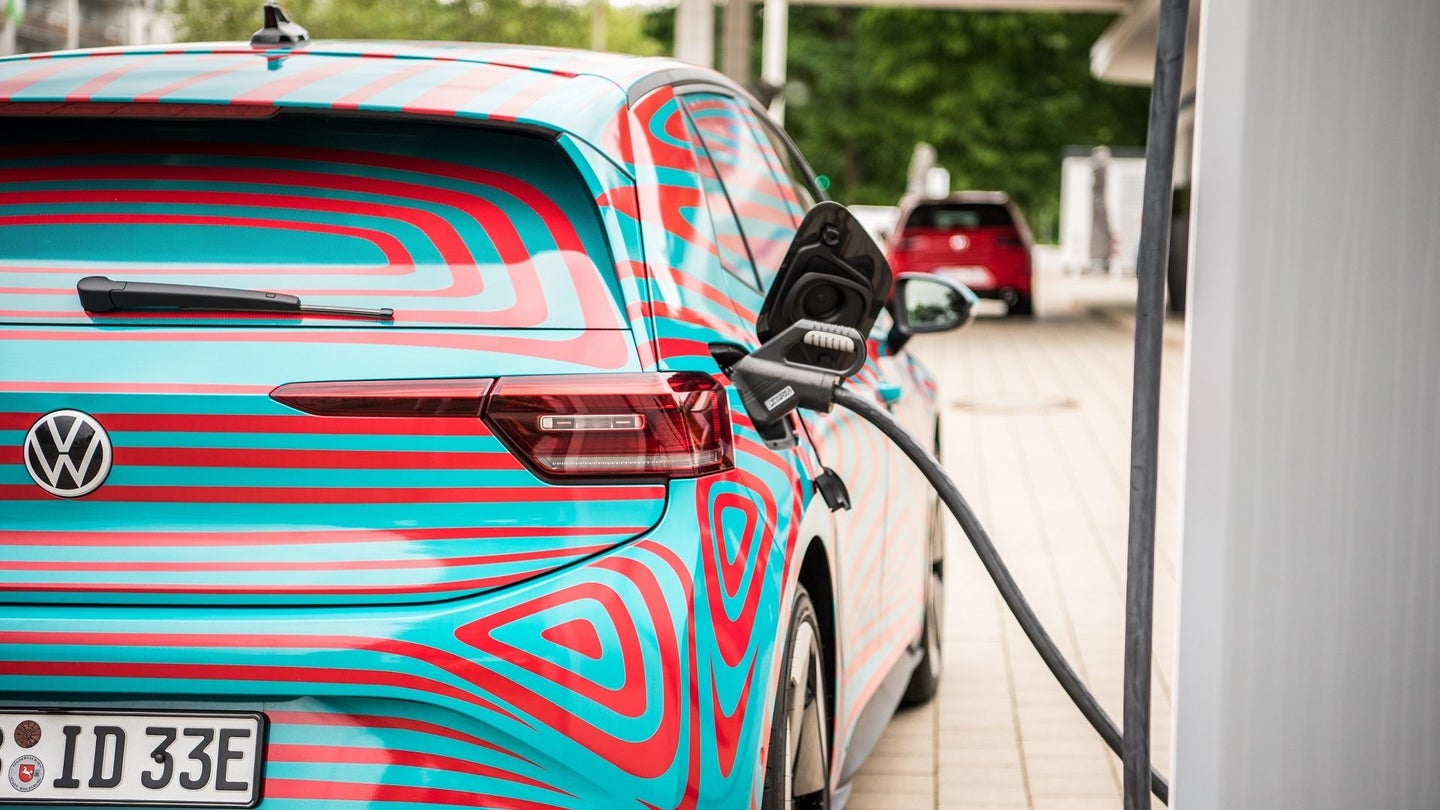 With Volkswagen's full bet on electric vehicles, the family of ID-branded EVs will propagate like rabbits over the next few years, and details of the smallest member of this family, the ID.1, recently emerged.

This minuscule, five-door electric vehicle will occupy a footprint roughly the size of the Volkswagen Up microcar, reports Car Magazine, which says the ID.1 will share a design language and the MEB platform with the larger ID.3 hatchback. Volkswagen has reportedly earmarked 24- and 36-kWh batteries for use in the ID.1, giving it a potential range of up to 186 miles on Europe's WLTP protocol. Relative to many other EVs on the market today, the ID.1 will be affordable, with the Volkswagen brand's Chief Operating Officer Ralf Brandstätter hinting it could cost under $22,300 (€20,000).

"In future, it will make no sense putting battery cells in a car designed for an engine as we have done with [2020's updated] E-Up—that was a stepping-stone project," said the executive. "We are working on a BEV below €20,000—we can shrink the MEB architecture with less content to get the cost down."

Concepts for a crossover-bodied ID.1 Crozz and an "E-Roomzz" van body have reportedly been seen, potentially offering body diversity to customers who need something a hair larger than the base ID.1. If bigger ID.1 variants don't quite cut the mustard, Volkswagen's product strategy lead Michael Jost told Autocar last year that after the ID.1 hits the market in roughly 2023, while the larger ID.2 crossover will follow in 2024 "at the latest."

Autocar and Car Magazine disagree over which segment the ID.1 will occupy, with the former specifying a Polo-sized supermini, though one thing can be agreed on: No matter the size, neither the ID.1 nor ID.2 are likely to see showroom floors in the United States. Volkswagen has already elected not to sell the larger ID.3 here, instead opting to debut the ID brand on the ID.4 crossover. Given automakers' struggles to sell vehicles smaller than compacts to Americans, the odds of us seeing ID.1s in the States are as good as the odds of there being an Indycar race any sooner than May.

Fiat Chrysler, Volkswagen Production in Europe Winds Down Amid Outbreak

Today on Speed Lines: How coronavirus continues to impact the transportation business.