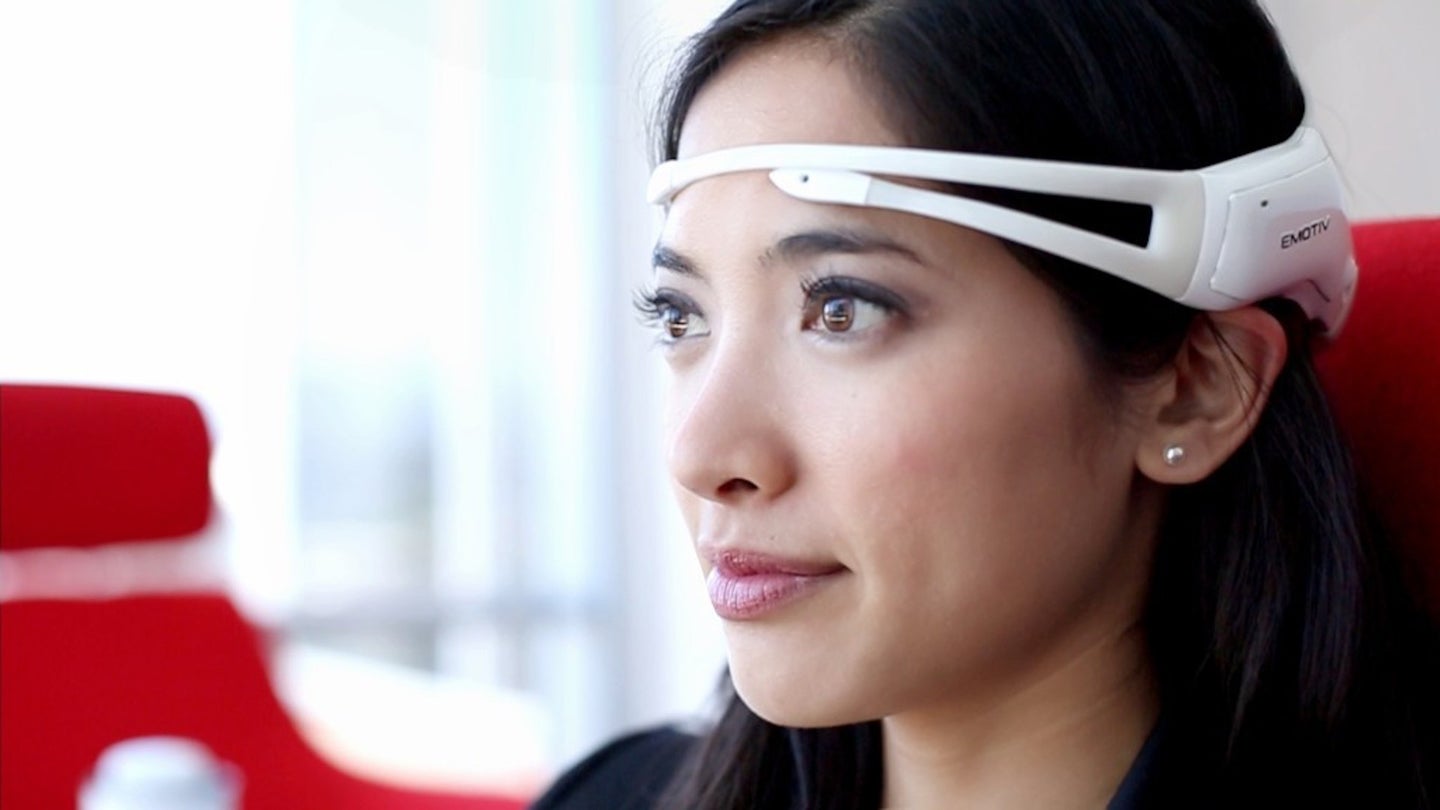 The last time we reported on mind-controlled drone technology, it was Arizona State University’s Human-Oriented Robotics and Control Lab that was leading the charge with a project partly funded by DARPA. At the Global Education and Skills Forum in Dubai last week, Australia-based company Emotiv presented the latest, consumer-targeted advancement in this field. Like the aforementioned tech being researched by Arizona State University, Emotiv's 'Insight' headset serves as an electroencephalogram (EEG) which recognizes the brain’s electrical impulses and turns those outputs into inputs for the drone or other devices.

According to WeTalkUAV, Emotiv’s tech isn’t exclusively focused on drones, but electronic devices in general. Immediately, the potential use-cases for those afflicted with physical disabilities come to mind. Taken to its fullest potential, technology like this could allow for non-able bodied persons to set their alarms, turn the TV on, start the dishwasher, or send emails. With the proper funding, research, and motivation, this could lead to endless, life-altering results. For now, however, Emotiv’s headset is in the early stages and only concluded its first, public unveiling at the aforementioned forum last week.

Naturally, asking consumers to wear a stupid-looking device on their heads is rarely, if ever, a way into their hearts. From Google Glasses to the primitive 3D lenses sold at movie theaters, consumers aren’t that keen on appearing abnormal. On the other hand, if you told those same consumers that they could wear this new Emotiv headset and use it to type, surf the internet, turn the lights on, and check their text messages, all without lifting a finger, I’m pretty certain their credit cards would already be in-hand. Presuming, of course, that the price is right which, for those with enough disposable income and curiosity, seems pretty reasonable.

Currently, however, these headsets are reportedly largely focused on measuring a user’s stress levels and concentration in order to learn more about one’s personal physical and mental functions. When it comes to the wish-fulfilling use-cases explored above, there’s still a long road ahead. For now, however, it appears that this tech is already capable of using your brain’s electrical impulses to command a drone to take off and land—which is a sentence so impressive, it was considered mere science-fiction a few years ago.