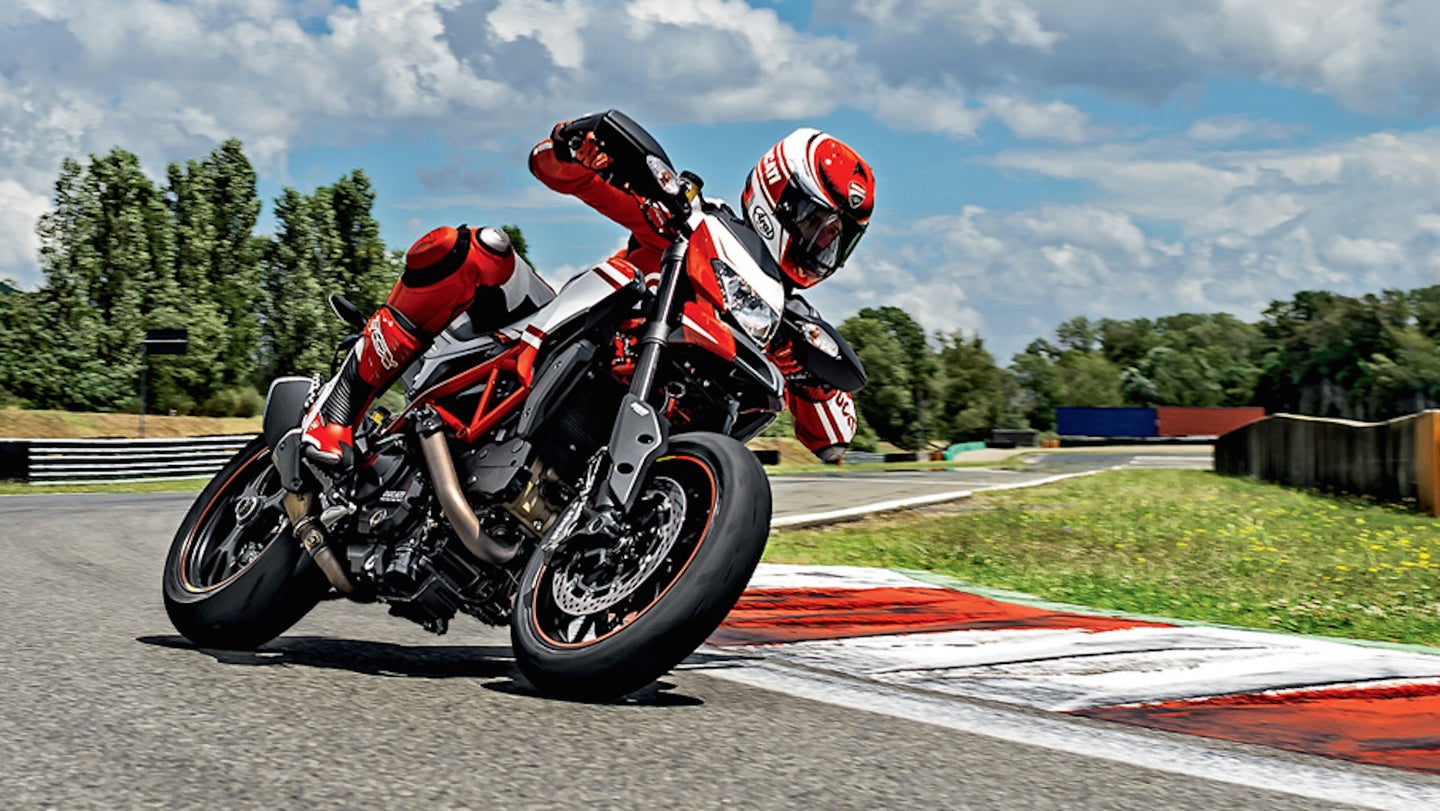 Prince William was spotted in South London on a Ducati hypermotard, according to U.K. tabloid, The Sun. The prince could have driven his Audi A3, his Bentley Flying Spur, or his Aston Martin Db6 Volante, instead he chose the motorcycle to travel to play a game of five-a-side football (aka soccer in the U.S.).

The model appears to be a 2018 Hypermotard 939, a bike that features 70 pound-feet of torque, 110 horsepower and a powerful 11-degree Testastretta engine.

It retails for about $13,000, which is basically pocket change for any member of the royal family. The Hypermotard is currently Ducati’s second-most powerful model next to the 2018 Panigale, which boasts a V-twin engine and 202 horsepower.

Ducati, owned by Audi Group, has increased its sales to become a profitable contender in the motorcycle industry. Ducati sold 55,000 bikes in 2017 after introducing the powerful Panigale V4 and revamping its iconic Scrambler bike with new technology. However, Ducati still lags behind Harley Davidson, which sold 150,000 models last year, despite experiencing a 17-percent drop in revenue.

William already owns a Panigale 1199 cc from 2013, complete with a Superquadrata motor worth $20,000. Perhaps the Hypermotard is a less flashy, everyday ride for the prince.

Though the prince is a loyal Ducati consumer, he has been spotted testing out a few Triumph models on a recent tour of the company’s factory. Prince Harry also loves his bikes and owns a green Triumph customized with gold wheels.

Prince William, who spent 10 years as a helicopter pilot in the Royal Air Force, is a daredevil with his transportation, and his wife disapproves. The Duchess of Cambridge, the former Kate Middleton who is due with her third baby in April, has even asked William to abandon his motorcycle hobby, claiming she’s “terrified” for his safety.

The duchess has every right to be concerned. According to the World Health Organization, motorcyclists, along with pedestrians and cyclists comprise nearly half of the world's 1.25 million annual road-related deaths.

If preliminary count holds, fatalities on U.S. roads leveled off last year after the steepest two-year increase in more than half a century, one agency says.