With 220 naturally aspirated horsepower, this is one hot bunny. 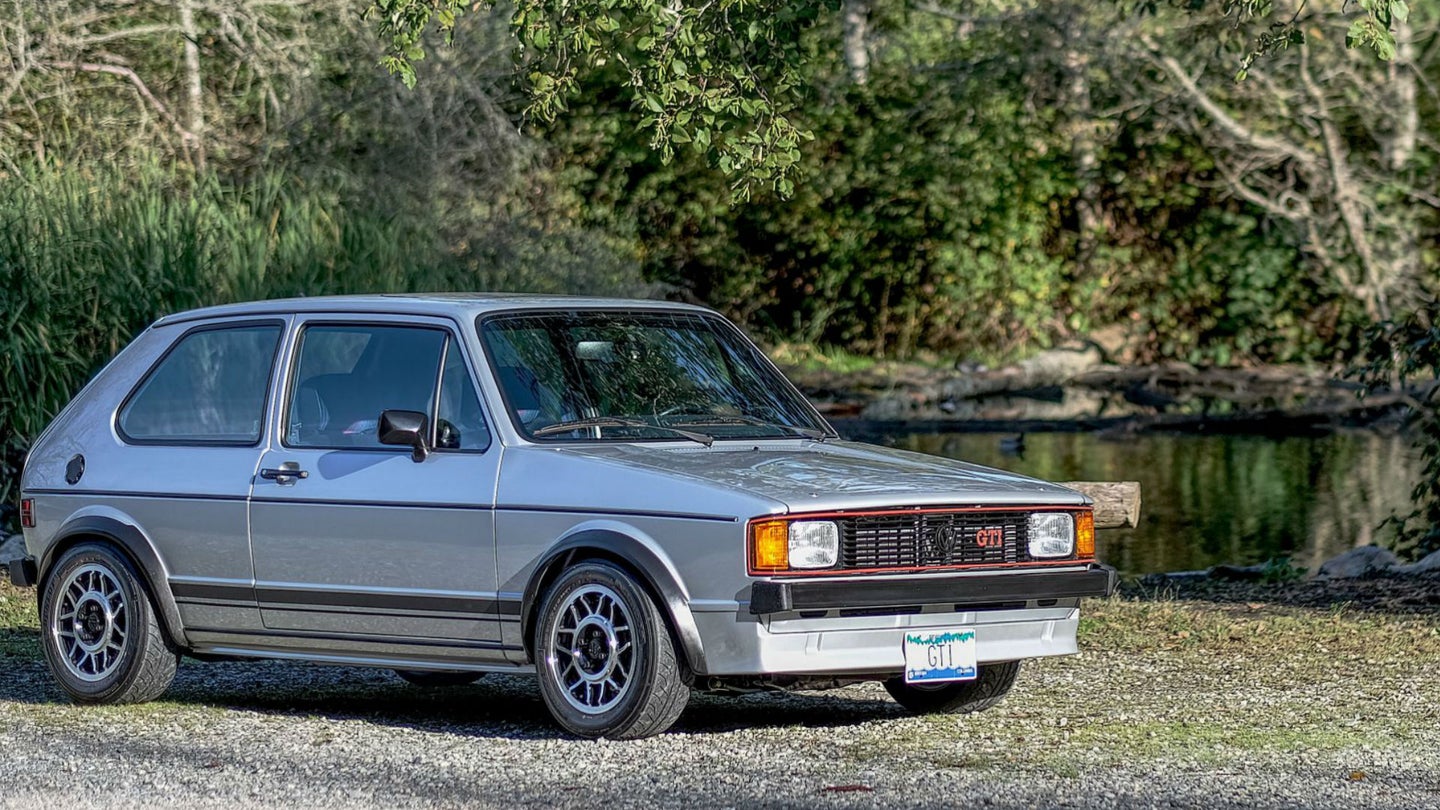 Over a period of seven years, Derek Spratt poured 12,000 hours and $140,000 into a 1983 Volkswagen Rabbit GTI, all in the name of paying tribute to his first car. While that type of craftsmanship and investment is usually reserved for exotics or classic muscle, this Dub was particularly special. Collectively, Spratt was able to transform the GTI from a humble hatchback to a modernized engineering showcase, taking cues from then and now to create perhaps the ultimate Mk1.

Spratt bought his first 1983 Rabbit GTI—the American-market name for the first Golf GTI—at the age of 21 while in college, and on a 1984 road trip to San Francisco with his wife, he bonded with the car. In 2011, at the age of 50, Spratt sought to recapture that moment of his youth. He hunted down a second Rabbit GTI built on the same date as his original and committed to a modernization that took until 2018 to complete.

Spratt altered almost every detail of the classic hatchback, from its interior to its powertrain. Heated seats, electric windows, and a touchscreen digital dash like the one in the new, eighth-generation Golf thoroughly modernized its interior. A similarly new-millennium push-button start fires up a modified engine producing 220 horsepower, more than double the Rabbit GTI's original 90 horsepower, and all without the aid of forced induction.

"The first thing I did [on completion] was take my 85-year-old dad out for a drive," Spratt said. "We are a family of engineers, particularly in the automotive space. I owe my love for German cars to my dad."

Spratt then relived his 1984 road trip, this time with his oldest son as a passenger, before doing what anyone who spends six figures improving their car's performance does: Flogging it on track and parading it around car shows.

But Spratt again found himself ready to move on from his Rabbit GTI and sold the car to a young Vancouver couple for a pittance—on one condition.

"It was important to me to sell it to someone who would allow me to stay connected to the car," he said. "I can take it for a drive or a tune-up. I'm happy they have it and love it. And I'm glad I can see it now and again."

"If you get into restoration and modification for the money, you should find a new hobby. The purpose of the project was fulfilled for me. I made the car faster and better than before and pursued my passion for seven years."

So what's the next thing for the hopefully still-spritely Spratt?

"My long-term goal is to electrify a 1961 Beetle," the Canadian concluded. "The technology behind converting a vintage vehicle to an electric car really interests me."

It was built specifically for Scandinavia’s greatest sport: traktorcross.